A suspected powerful IED exploded inside a community hall at Sapam Mayai Leikai, Thoubal District around 1.14 am Monday.

One non-local was killed while four others were injured when a power IED exploded at the community hall of Sapam Mayai Leikai under Khonjom police station in Thoubal district around 1.14 am on Monday

According to police, the victims are labourers who have been hired for the construction of a water tank by Koya and GCKC, a private company. They were staying at the community hall and spending the night when the explosion took place. As many as 10 labourers were staying together when the IED exploded. 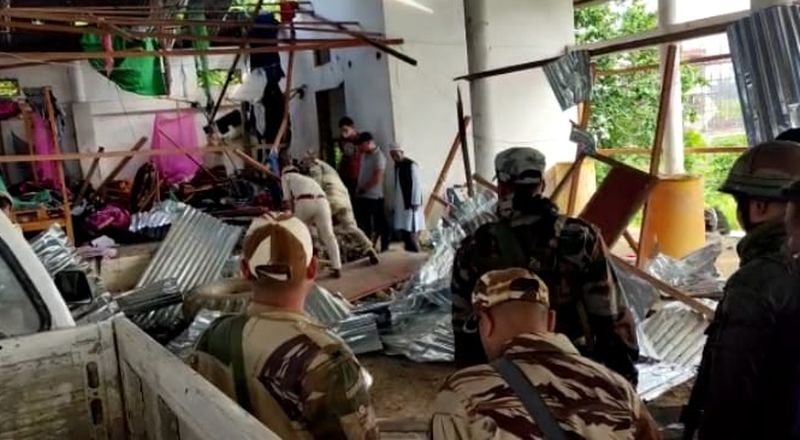 Police stated that the deceased blast victim has been identified as one Pankaj Mahato, 21, son of Nirmal Mahato from Khariatabad in West Bengal. After the blast, he was rushed to Thoubal district hospital where he succumbed to his injuries.

After receiving first aid, they are now being treated at JNIMS, and they are out of danger at the moment, as per sources.

Following the blast, a police team led by Thoubal District Police SP Jogeshchandra Haobijam arrived at the blast site in the morning to take stock of the situation.

A team of state Bomb Disposal Squad also arrived and conducted an intensive search to find out if there still were other bombs yet to explode.

Police raised suspicions that the blast could be connected to monetary demands made to Koya and GCKC Company by UG groups. Khongjom police have lodged a case to launch an investigation. 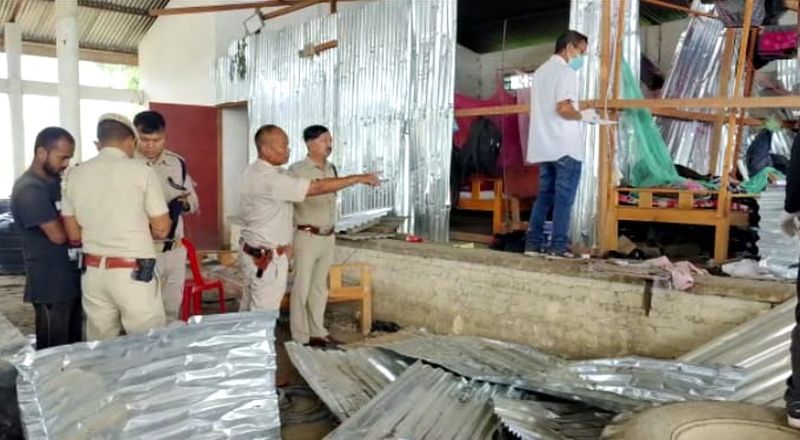 Meanwhile,  protest meets were carried out by residents at Sapam Mayai Leikai market and the waiting shed of Mamang Leikai, vehemently condemning the blast.

Placards that read, ‘Do not terrorise civilians’, ‘We demand clarifications’, ‘ We condemn murder of labourers’, ‘ We want peace’, ‘ We condemn blast at populated area’ etc. were displayed during the protest .One Sapam (o) Renuka who took part in the protest, expressed that it was unfortunate that such an incident had taken place.  “We are against the killing of labourers who came here to work out of their poverty,” she said.  Sapam village had been peaceful and it was unfortunate that such attacks were carried out in this area, she added.

She further urged those behind the blast to issue a clarification on why they had taken up such measures. She also appealed to not carry out such attacks in the future. If there are differences, do not take out your enmities upon the poor labourers who came here to earn by their own sweat, she added.