Floral tributes were paid to an Army officer and four soldiers among others who died in Manipur landslide.

A solemn wreath-laying ceremony was held at Bir Tikendrajit Airport in Imphal on Monday to pay homage to an Army officer and four soldiers among others who died in the tragic incident where a massive landslide hit the Northern Frontier Railway worksite and the Indian Army company location at Makhuam Part V (Maranching) near Tupul under Noney district in Manipur on the intervening night of June 29-30.

The mortal remains of 43-year-old Lieutenant Colonel Kapil Dev Pandey of 107 Territorial Army, which was recovered on Sunday was being flown to Delhi. The Lt Col hailed from Nehru Nagar East, Chhattisgarh. 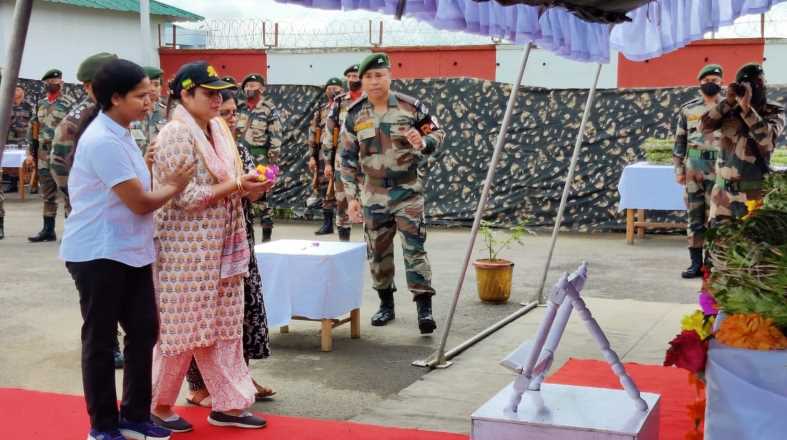 The ongoing joint rescue operation at the landslide site has so far rescued 18 people and recovered 42 bodies as of Sunday.

Despite the poor weather condition posing a major challenge, the search and rescue work continued at the incident site since June 30, soon after the massive landslide hit the area.