The chief minister thanked the injured Army personnel for their invaluable service to the nation and wished them speedy recovery.

Manipur Chief Minister N Biren Singh on Sunday visited the Assam Rifles Military Hospital at IGAR South Headquarters, Mantripukhri and spent some time with the jawans who got injured in the recent landslide at Tupul. The CM also extended a sum of Rs 50,000 each to the injured jawan.

The chief minister thanked them for their invaluable service to the nation and wished them speedy recovery.

"Visited the Army hospital at IGAR South Headquarters to spend some time with the jawans who got injured in the recent landslide at Tupul. Thankful to all of them for their incredible service to the Nation. Extended a sum of Rs 50,000 to each jawan and wished them speedy recovery," Biren tweeted along with photos of his visit to the injured jawans. 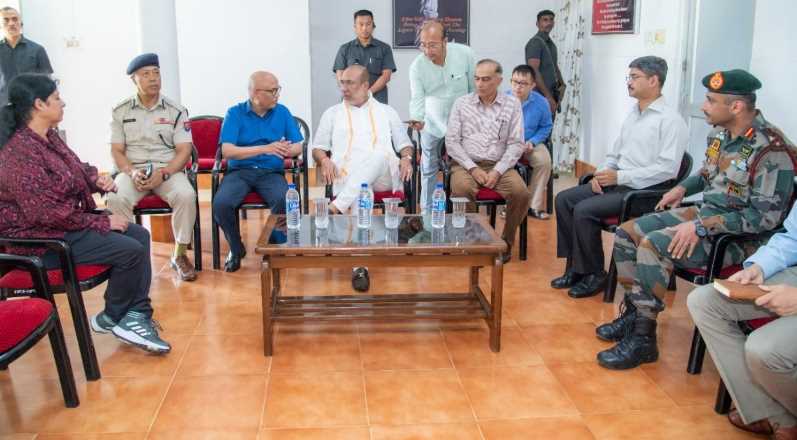 As many as eight personnel of the 107 Territorial Army (TA) who were rescued from the landslide site so far sustained injuries, apart from five civilians as of Saturday.

Meanwhile, the joint rescue operation of the Army, Manipur Police, SDRF, NDRF, helped by volunteers continued on Sunday in search of the missing persons in the landslide that hit the NF Railway worksite and the Indian Army company location at Tupul, Noney district in Manipur on the intervening night of June 29-30.

So far, 18 people have been rescued and a total of 35 bodies have been recovered from the landslide till Sunday 12 noon, while 27 others are reportedly still missing.

Two identity of two other bodies were yet to be ascertained, the sources said.

While the rescue operation was underway at Tupul landslide site, another landslide reportedly occured at Sibilong village under Tousem sub-division in Tamenglong district early Sunday. Several travellers and vehicles were stranded on the Imphal-Jiribam road along National Highway-37 as the landslide brought down several huge boulders that bloacked the road, sources said.