Manipur Governor La Ganesan stressed the need to focus on cleanliness of Kangpokpi district and increase the rate of Covid vaccination in the district..

Manipur Governor La Ganesan on Friday interacted with Kangpokpi district officials and representatives of civil organisations in Kangpokpi and stressed the need to focus on cleanliness of the district and increase the rate of Covid vaccination in the district.

The governor arrived at the district headquarters in the afternoon as a part of his maiden visit to Senapati and Kangpokpi districts. He was warmly received by the officials and staff of the district administration, Kangpokpi. Deputy commissioner, Kangpokpi, Somorjit Salam along with several leaders and representatives of civil bodies of the district felicitated the governor.

The highlight of the function was the presence of a 91-year-old war veteran subedar L Singsit, who shared the dais with the governor. 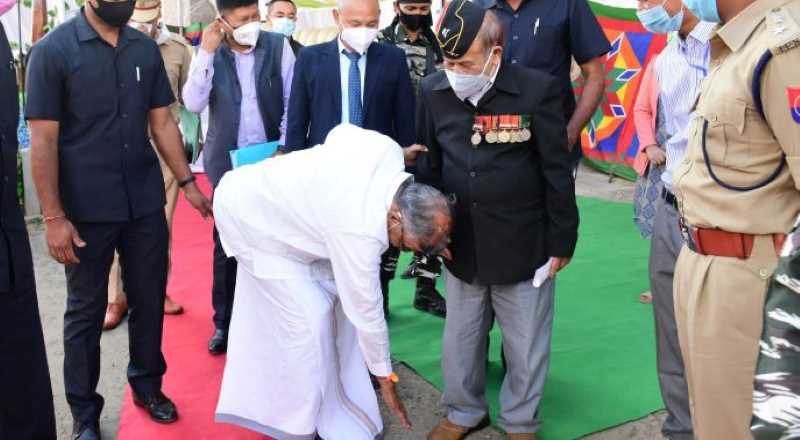 A power point presentation on various development initiatives in the district was also presented by the deputy commissioner during the function. Later, the governor interacted with the DLOs and representatives of civil bodies and discussed various issues of the district.

Addressing the gathering, governor La Ganesan appreciated the deputy commissioner and other DLOs for the developmental initiatives taken up in the district. He, however, stressed the need to increase the rate of Covid vaccination in the district so as to wipe-off the Corona pandemic totally from the district. He also asked the DLOs and other staff to focus on cleanliness of the district.