Arms and ammunition were seized during a search operation at Oinam Mayang Pat area, while two women drug peddlers were arrested in Kakching.

IMPHAL: A combined team of district commando, Bishnupur and 16 Assam Rifles seized arms and ammunition during a search operation at Oinam Mayang Pat area on Thursday. Police reported that during the combined search operation that was held at about 6.30 am, one 9mm pistol, one 0.32 mm pistol, one 3.3 rifle, one Chinese grenade, one 36-hand grenade, one detonator, twelve 3.3 ammunition, one handheld set, one 9 mm magazine, one 0.32 mm magazine and one 3.3 rifle magazine were detected. The detected arms and ammunition were reportedly suspected to be hidden by a KCP group. The recovered arms and ammunition were handed over to Nambol police station. In connection with it, a case has been registered at Nambol police station for further investigation. 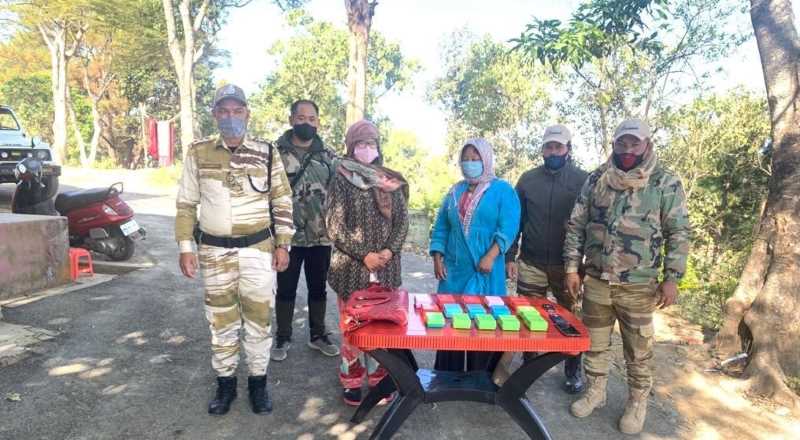 A team of district commando, Kakching arrested two drug peddlers carrying brown sugar at Chandel Lamkhai on Wednesday. Police reported that the peddlers have been identified as one Ng Toroni, 42, wife of Ngamnuh of Mitong Village, Chandel district and Shangshang Ngaruh, 42, daughter of late Koko Ngaruh of the same village. The two drug peddlers were arrested on Wednesday at 9.20 pm from Kakching Lamkhai by the commando team. During verification, 259 grams of brown sugar were seized from their possession. A case has been registered at Kakching police station for further investigation.