CM Biren, after inaugurating two open gyms for the public, inspected the ongoing installation work of the statue of Sagol Kangjei Player at Marjing Polo Complex.

Expressing satisfaction on seeing the equipment and machine installed at the site, the chief minister said, "Pleased to inaugurate the open gyms at Cheiraoching, Thangmeiband, and Marjing Polo Complex, Heingang today. With the challenge of drugs that we are facing in the State, our youths need to focus on the well being of their health more than ever."

Stressing the need for proper maintenance of the open gyms, he instructed the Superintendent of Police, Imphal West to deploy security personnel to guard the Open Gym at Cheirao Ching and to check on damage and robbery of equipment by unknown miscreants.

Gym trainers, who were present at the site, also demonstrated the uses of the gym equipment to the chief minister. 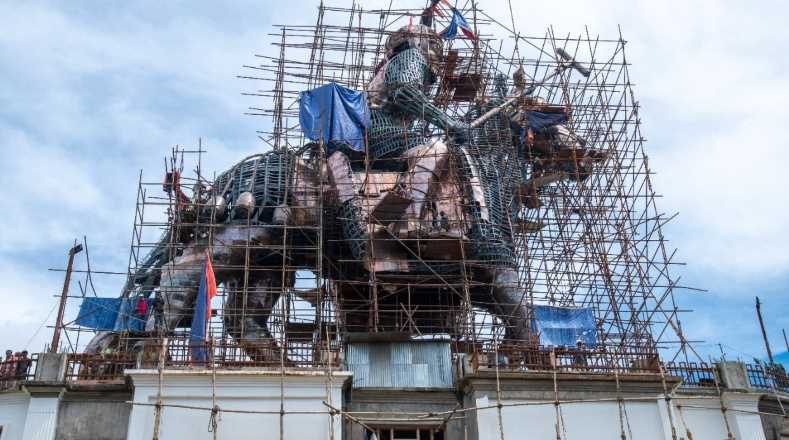 After inaugurating the Open Gym at Marjing Polo Complex, the chief minister inspected the ongoing installation work of the statue of Sagol Kangjei Player at the complex. He interacted with the concerned engineer and contractor and instructed them to complete the work by first week of November this year.

The chief minister later inspected the ongoing construction works of the Manipur Police Headquarter and Civil Secretariat at Mantripukhri. He was accompanied by Rajesh Kumar and Vumlunmang during the inspection.