Manipur CM Biren confident NDA candidate will be next President 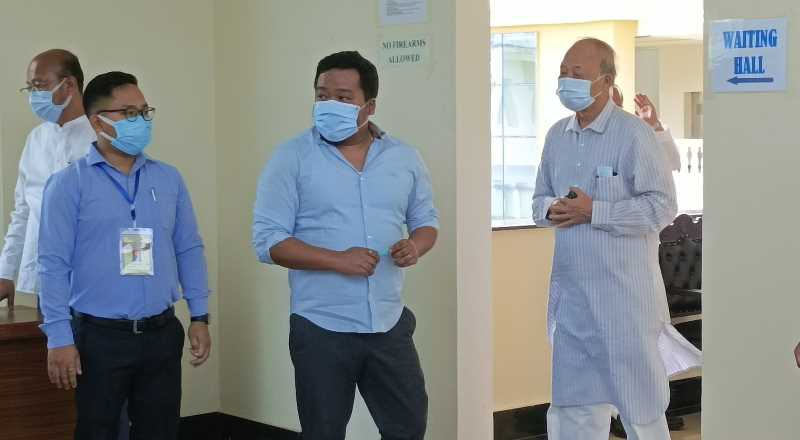 The voting for the 15th Presidential election in which NDA candidate Droupadi Murmu is pitted against Joint Opposition candidate Yashwant Sinha was carried out at the Manipur Legislative Assembly, Imphal on Monday.

During the election, votes were cast by all the 60 MLAs at secret ballots. BJP MLA SS Olish was the last voter to cast the vote.

The Presidential election 2022 began at 10 am and all the 60 voters  completed casting their votes at around 1 pm.

For the state, Chief Minister N Biren Singh was the first to cast his vote in the Presidential election 2022.

After the casting of votes was over, CLP leader Okram Ibobi told the media inside the Manipur Legislative Assembly campus that Joint Opposition candidate Yashwant Sinha is the most capable candidate for the next President of India. He said Yashwant had been a Union minister and a Member of Parliament several times in his political career. He has enough experience in the field of politics, Ibobi said.

Responding to the media, Ibobi said that concerning the question of the most capable candidate to become the next President of India, only the results will tell.

“In a democratic country like India there is no difference in terms of religion or castes whether the people are tribal or non-tribal as they are all Indian citizens.”

It is learnt that BJP MLA SS Olish who voted last, took a Covid test in the morning as she reportedly showed Covid symptoms. Later, she came wearing a face mask at around 12.50 pm and cast her vote as the last voter among the 60 MLAs.

In this regard, Biren responded to the media that one of the BJP MLA had some symptoms for the past three days but as the result of the COVID test turned negative, she cast her vote.

The counting of votes will take place on July 21 and the new President will take oath on July 25, as per the ECI schedule.