Locals carried out protest at several places in Imphal East and Thoubal districts on Tuesday.

Protesters on Tuesday blocked roads at several places in Imphal East and Thoubal districts, condemning the alleged raid at the house of newly inducted NPP MLA of Kshetrigao AC, Sheikh Noorul Hassan, and detention of his 11 workers by the Porompat police on Monday. 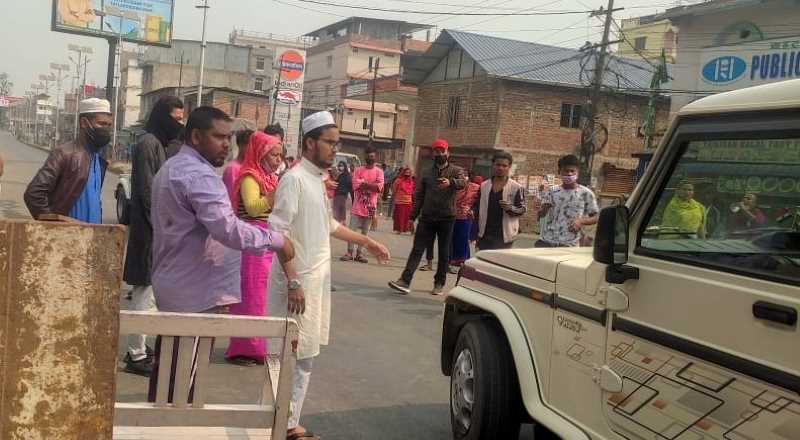 Following the widespread protest in Muslim-dominated places in the two districts, a team of police rushed to the protesting sites and fired tear gas and mock bombs to disperse the mob of protesters.

At least 11 workers of Noorul Hassan were picked up by Porompat police, while the NPP candidate was at the oath-taking ceremony on Monday, sources said.

Demanding unconditional release of the said workers, locals and supporters of the NPP candidate stormed Porompat police station. Twenty others were apprehended during the clash between the police and the mob. 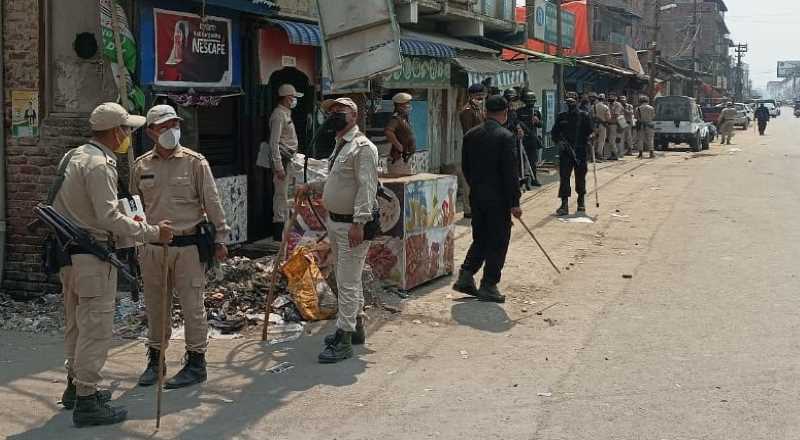 (After the police dispersed the mob of protesters at Hatta, Imphal East: Photo: IFP)

In all, 31 locals, including supporters of the NPP MLA, were detained by Porompat police for allegedly involving in a post-poll violence in Kshetrigao AC in Imphal East.

However, they were released unconditionally on Tuesday afternoon. Following the release, the All Manipur Muslim Students' Organisation (AMMSO) withdrew its call for 24-hour statewide bandh which began Tuesday morning.