As per the prediction based on the annual traditional Kwak Tanba ritual performance led by titular king of Manipur Leishemba Sanajaoba, Manipur will witness development and good harvest.

An annual traditional ceremony of the Meetei community "Kwak Taanba" was held on Wednesday in a grand manner in Imphal with titular king of Manipur Leishemba Sanajaoba, who is also the Rajya Sabha MP, leading the ritual performance. 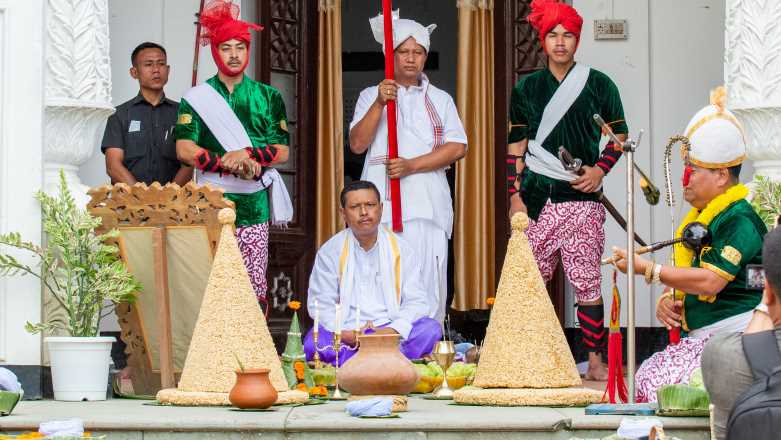 It was organised by the Sana Konung (Royal palace of Manipur) and Uttra Shanglen.

Celebrated on the 10th Mera of Manipuri lunar calendar every year, as usual, the titular king sets free a crow to bring back prosperity and good luck for the people of Manipur. 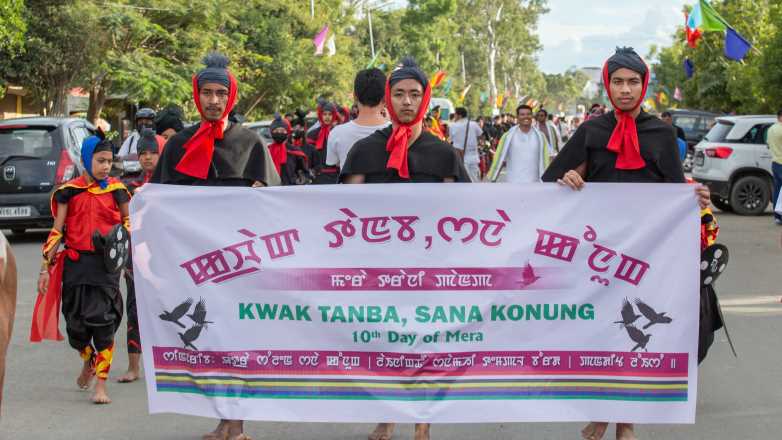 After the crow was set free by the king, one of the high ranked priests ‘lalon hanjaba’ predicted the future, based on the direction the crow flew.

The Kwak Taanba was also observed by the Manipur Cheirap Loishang of the Royal Palace, Imphal at Janmasthan Turel Mapal in Imphal West. It was organised by Govindaji Temple Board, Manipur.

Here, the observance was led by Angom Ningthou Rosoraj Mani and was accompanied by other nobles.

Speaking to the media, Sanglakpa of Manipur Cheirap Loishang Premjit said that the traditional ritual is practiced every year since time immemorial to strengthen the integrity and bring peace and prosperity in Manipur.

As per the prediction by Manipur Cheirap Loisang according to the Kwak Tanba ritual, the state will witness development and good harvest.