The state government has arranged for free bus service to transport government employees, public and devotees from Imphal to Khebaching and back in connection with the observance of the Khongjom Day on Saturday.

Manipur will pay rich tributes to the martyrs of the 1891 Anglo-Manipuri war at the Khongjom War Memorial Complex, Khebaching, Thoubal district on Saturday.

All necessary measures have been taken up for a successful observation, the District Administration Thoubal said in a statement.

Moreover, the state government has arranged for free bus service to transport government employees, public and devotees from Imphal to Khebaching and back in connection with the observance.

Manipur Governor La Ganeshan and Chief Minister N Biren Singh, who will attend the function as the chief guest and the president respectively, will lead the public in laying of floral wreaths at Khongjom War Memorial. This will be followed by a guard of honour, general salute, reverse arms, sounding of last post, two minutes silence, slope arms and order arms by a contingent of Manipur Rifles. 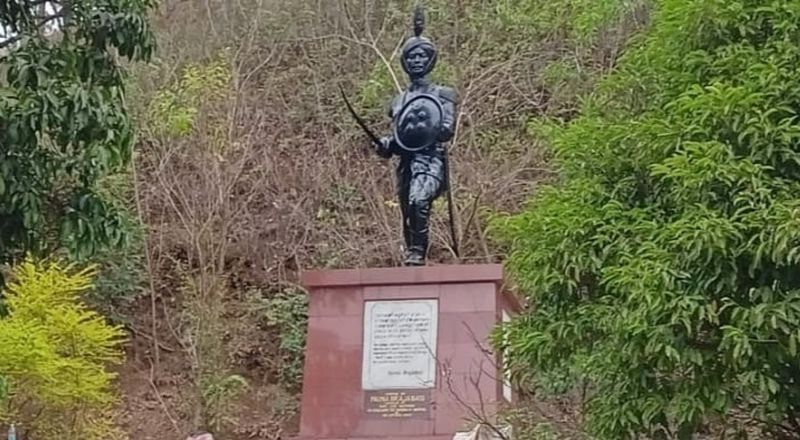 There will also be a wreath laying ceremony at the statue of Paona Brajabashi followed by a gun salute at the statue. This will be followed by offering of Tarpon at Khongjom river and paying homage to the Sankirtan. Khongjom Lal (Khongjom War) will also be staged by the Art & Culture Department on the occasion, the statement read.

Khongjom Day which is held every year on April 23 is observed to honour the gallant Manipuri warriors, including Major Paona Brajabashi who made supreme sacrifice fighting against the British to protect the freedom of Manipur in the battle of Khongjom during the 1891 Anglo-Manipuri war.