According to the preliminary report of the district, heavy storm destroyed at least 20 houses in Tamei and some houses in the Tamenglong town area.

Heavy storm coupled with rain destroyed many houses across Tamenglong district. Power supply was also cut off as heavy winds continued to blow since Monday.

The affected villagers informed the Imphal Free Press that the district was reeling under bad weather condition and several their houses were destroyed by the heavy storm and rain on Monday night.

When contacted, deputy commissioner Tamenglong Pawan Yadav informed that in the preliminary report at least 20 houses were destroyed in the Tamei area and some houses in Tamenglong town area by the heavy storm. 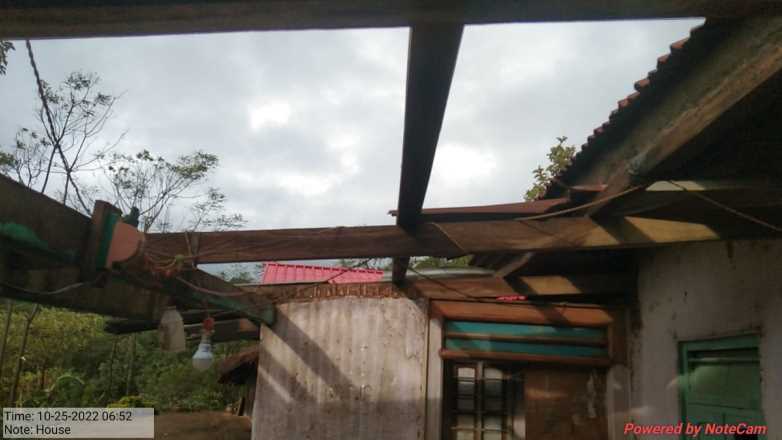 The district deputy commissioner appealed to the citizens of Tamenglong to stay home and stay safe during bad weather days.

It is reported that in some houses, the heavy wind blew off the tin roof  while the people were sleeping in their houses.

The villagers appealed to the government to help those affected people to rebuild their houses.