There was no such hill-valley divide during the 15-year Congress rule, and the people of both sections had a cordial relationship, Ibobi said.

Former Manipur chief minister Okram Ibobi Sunday refuted the claims of the hill-valley divide during the 15-year rule of Congress party and expressed that he is simply tired of hearing about it.

Ibobi was speaking as the chief guest at the inauguration of a community hall at the Sabal Tongba Mamang Leikai ground at Thoubal assembly constituency.

There was no such hill-valley divide during the 15-year Congress rule, and the people of both sections had a cordial relationship. As a chief minister, strenuous efforts were given to bring development to both sections at the same pace, he said.

Receiving much affection from the people of the hills, many development activities were undertaken at the remote areas of hill districts, especially at Tipaimukh, Jessami, Tousem, Kasom Khullen etc, he claimed. 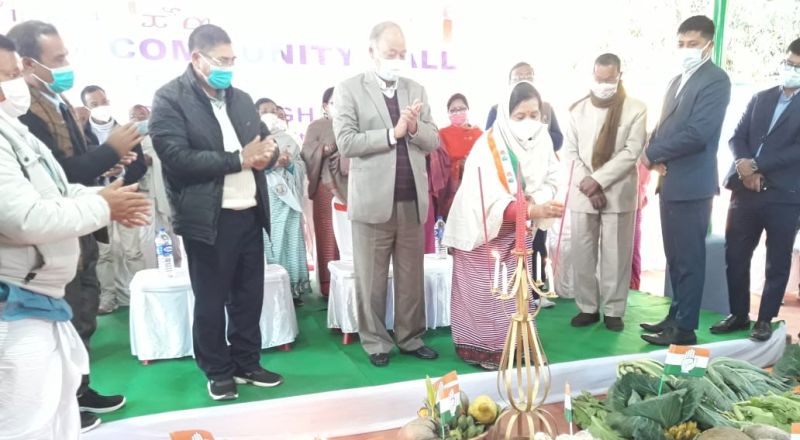 However, there were some issues with NSCN (I-M) during the Congress rule, he added. It was because the then Congress government prohibited their general secretary Th Muivah from entering the state, he said.

He clarified that Muivah was denied entry as the ground rules of the ceasefire between the Central government and NSCN (I-M) was applicable only in Nagaland.

“The NSCN (I-M) was aggrieved towards the Congress government for that. However, there was nothing personal against Muivah. We were just merely putting a prohibition on going against the ground rules,” he said.

As a result, the outfit imposed a strict ban on many developmental works undertaken by the Congress government, he said. “This has been severely misrepresented by the present BJP government and deceiving the general public by indulging in cheap politics. Falsely claiming that there was no closeness among the people of the hills and the valley has been highly unfortunate,” he added.

In 2002, the then NDA government added the words “Without Territorial Limits” in the Ceasefire ground rules between the Central government and the NSCN (I-M). As a result, Manipur was engulfed in flames; the Assembly was burned to cinders and 18 civilians gave their lives” he recalled.

If the BJP is in power at the Centre, it does not necessarily mean that it is allocating more benefits to the state and lesser amount was allotted during the Congress rule, he said.

The former CM further assured that a new change is definitely coming to Manipur in the coming 12th Manipur Legislative Assembly election. “There is no such thing as one political party will always stay in power. Governments and political parties have their ups and downs,” he added.

At one time, the BJP raised its “India Shinning” campaign, but the Congress came to power the following year, he further said. The people of the state are under the impression that if Congress comes to power, they will not receive their rightful benefits provided by the Centre. This is wrong as Manipur’s fate cannot be decided by Delhi. We do not need to beg for what is rightfully ours. There is no such thing as we will get what is ours because there are different parties at the Centre and the state,” he added.

“India is a democratic country. When the BJP was in the Centre and Congress in power in the state, the Rs 500 crore Power Station project at Thoubal Khunou was brought about,” he said.

However, when the BJP is in power at both the Centre and the state, it could not bring any noteworthy projects. However, it is indulging in publicities and such a government ought to be condemned by the public, he said.

He also urged the public to analyse the difference in initiating development works between the BJP MLAs and the Congress MLAs.