The condition of the bridge is dangerous and needs urgent repair, NHIDCL team said.

Songkolei RCC Bridge located near Motbung Police outpost at National Highway Imphal-Dimapur road has now become unsafe and dangerous to cross for commuters and vehicles as cracks have appeared on the three beams supporting the bridge and the concrete also has started coming off.

Imphal Free Press went to the site on receiving reports and found that a team of National Highway Infrastructure Development Corporation Limited (NHIDCL) had also arrived to take stock of the situation.

NHIDCL team expressed that the length of the bridge is 13.5 metre and has a width of 10 metre. The condition of the bridge is dangerous and needs urgent repair, they said. However, the date and time to start the repair work will be decided only after consultation with higher authorities, they said. 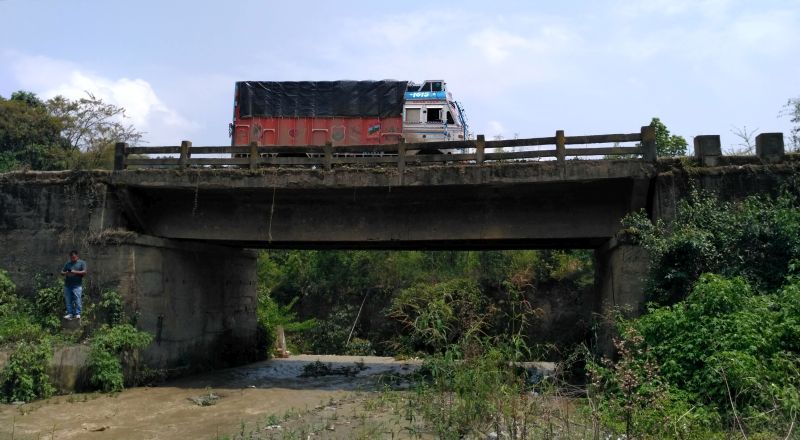 A retired inspector of Manipur Police from Motbung expressed that it has been more than 30 years since the bridge was constructed. If the bridge collapses, there are no other alternate routes for the heavy vehicles transporting commodities between Imphal and Dimapur, he said.

According to the records maintained by Kangpokpi Police Station, as many as 100 empty trucks and 120 loaded trucks pass through the bridge on a daily basis.

With the concrete falling off from under the bridge, the huge cracks appearing on the three beams under the bridge are visible to onlookers. The middle section of the bridge has also started bending downwards. 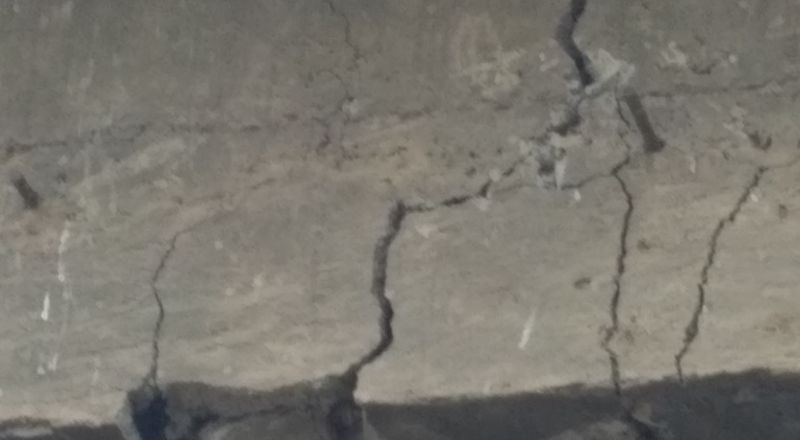 The local residents of Motbung pointed out that since the bridge is small, two heavy vehicles cannot pass each other and urged the state government to construct a bigger and a modern one.

Meanwhile, personnel of Motbung Police Outpost have started taking up measures to prevent double crossing of vehicles on the bridge, following instructions from higher authority.