The UCM demanded that in recognition of the sacrifices made by the 18 people who sacrificed their lives for the state’s integrity, the state government should declare June 18 as a state holiday.

The United Committee Manipur (UCM) has urged the state government to declare June 18 as state holiday in tribute to the 18 people who died while safeguarding the integrity of the state in 2001.

Addressing the media at the sidelines of the observance ceremony, Joychandra said that the ceasefire agreement signed between the Government of India and the NSCN-IM on June 14, 2001 had caused uproar in the state due to inclusion of the words “without territorial limit”.

The incident led to a series of movements and agitations in the state that resulted in the loss of 18 lives, he added.

The state would have lost the integrity and unity that existed till date if not for those movements and the lives lost. Hence, in recognition of the sacrifices made by the 18 souls for the state’s integrity, the state government should declare June 18 as a state holiday, he added. 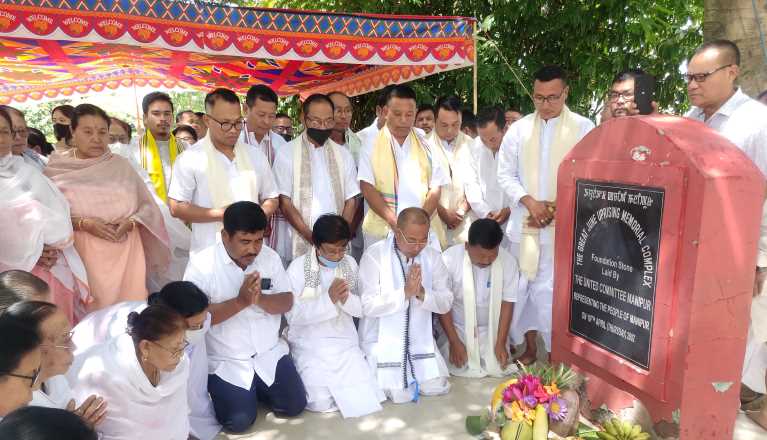 The UCM president further demanded that the state government should focus on resolving the long pending India-Myanmar border pillar issue without losing a single inch of state’s land.

The state has an MP in RK Ranjan Singh holding the post of Union Ministry of State for External Affairs and Education and above that, the BJP is ruling in the state as well as in the Centre. Hence, the state government should take this opportunity and finalise the border pillar issue soon, he said.

The programme was attended by representatives of various civil voluntary organisations.