Troops of AR intercepted a two wheeler at the Khudengthabi check post in Tengnoupal district and a total of 826 grams of brown sugar worth around Rs 1.65 crore concealed in the vehicle were seized, IGAR (South) stated.

In two separate operations, the Tengnoupal and Modi Battalions of Assam Rifles under the aegis of IGAR (South) foiled a cross-border smuggling of narcotics and timber in Tengnoupal and Chandel districts on Saturday and Sunday respectively, stated a release issued by IGAR (South) on Sunday.

During routine checking of vehicles at Khudengthabi in Tengnoupal district, troops of AR intercepted a two wheeler at vehicle check post. On thorough search of the vehicle, a total of 826 grams of brown sugar in 20 soap cases worth around Rs 1.65 crore concealed in the vehicle were seized, it stated. 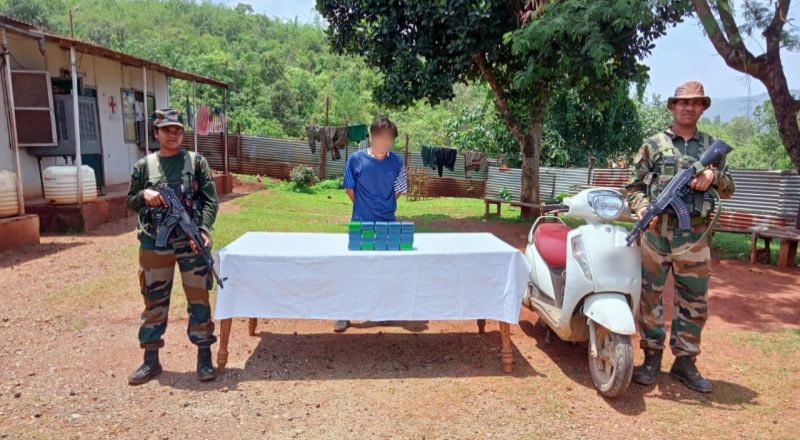 The illegal timbers which were brought from across the border were recovered from four vehicles from Pallel area in Chandel district, it further stated, adding the seized timber was assessed to be worth Rs 32.48 lakh.

The seized items along with the apprehended smugglers were handed over to Moreh police and Forest department, Chandel for further legal proceedings, it added.