According to a detailed analysis by Association for Democratic Reforms (ADR), the five MLAs of the Congress party spent the highest of Rs 15.81 lakh each while the 32 BJP MLAs spent Rs 14.57 lakh each during the election campaigning.

In an interesting report which will leave the public baffled and question its authenticity, political parties spent less than Rs 23 lakh per candidate and the Congress spent more than the BJP, according to a report by Association for Democratic Reforms (ADR) on election expenditures.

Youth Collective Manipur (YCM), during a press conference at Kwakeithel Thiyam Leikai, presented a detailed report of election expenditure statements by Association for Democratic Reforms (ADR) which was released in New Delhi. 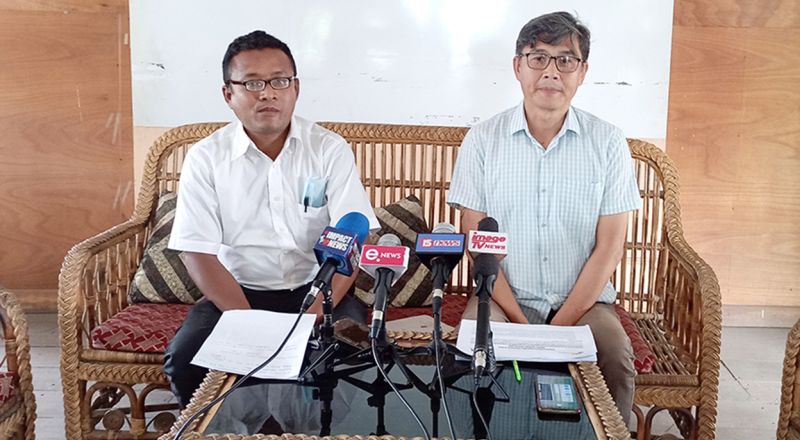 All the other MLA’s expenditures are in between these figures, he added.

Instances of ministers /politicians rueing over the crores of rupees being spent during the election have kicked off controversies, but their expenditure statements show that they have all spent less than the upper limit of 28 lakh. YCM wishes to leave the public at large to reflect on the gap between the reality that we face on the ground and the pretension and hypocrisy of the system, said Zingo.

The expenditure limit for the candidates during the 12th Manipur Assembly Elections was Rs 28 lakh. However, on an average each elected MLA spent more than Rs 13 lakh but below the Rs 28 lakh mark, state convenor YCM, Babloo Loitongbam informed.

According to a detailed analysis by Association for Democratic Reforms (ADR), the five MLAs of the Congress party spent the highest of Rs 15.81 lakh each while the 32 BJP MLAs spent Rs 14.57 lakh each during the election campaigning. The average election expenditure for six MLAs from JD (U) was Rs 12.95 lakh while the average election expenditure for five MLAs from NPF was Rs 10.77 lakh. Each of the seven MLAs from NPP spent Rs 8.18 lakh while the average for two MLAs of Kuki Peoples Alliance was Rs 13.23 lakh. The three Independent MLAs have spent Rs 7.26 lakh. 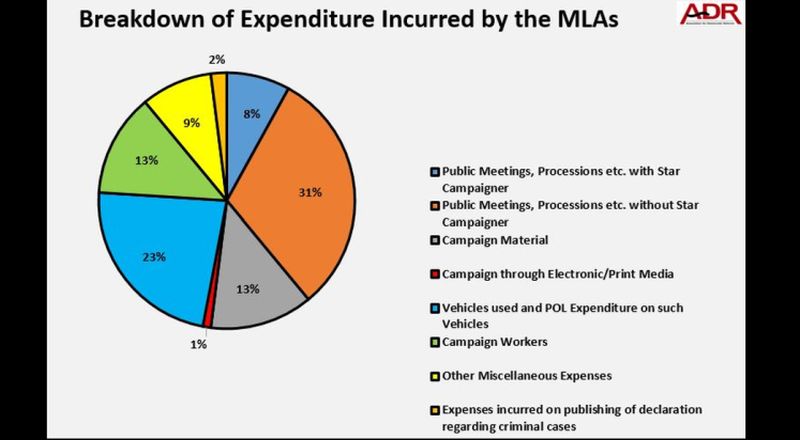 Out of the 60 MLAs analysed by ADR, 32 (53 per cent) MLAs have declared election expenses less than 50 per cent of the expense limit in their constituency.

Overall, based on the election expense declarations of the 60 MLAs, the average amount of money spent by them in the elections was Rs 13.04 lakh, which was 47 per cent of the expense limit.

Among those who spent the least includes BJP’s Yumnam Radheshyam Singh from Hiyanglam who spent just Rs 3.94 lakh in the elections. NPP candidate Janghemlung Panmei from Tamenglong (ST) spent Rs 4.8 lakh while his party’s candidate from Khetrigao, Sheikh Noorul Hassan spent a little over Rs 6 lakh, according to the affidavits analysis by ADR.