Twelve cadres of KCP-PWG (Peoples War Group) and one KYKL cadre were welcomed at a homecoming ceremony held at 1st MR in Imphal on Thursday.

Manipur Chief Minister N Biren Singh on Thursday appealed to all the underground outfits to come to a dialogue table and peaceful resolution as he welcomed 12 cadres of KCP-PWG (Peoples War Group) and one KYKL cadre at a homecoming ceremony held at the 1st Manipur Rifles Banquet Hall in Imphal. 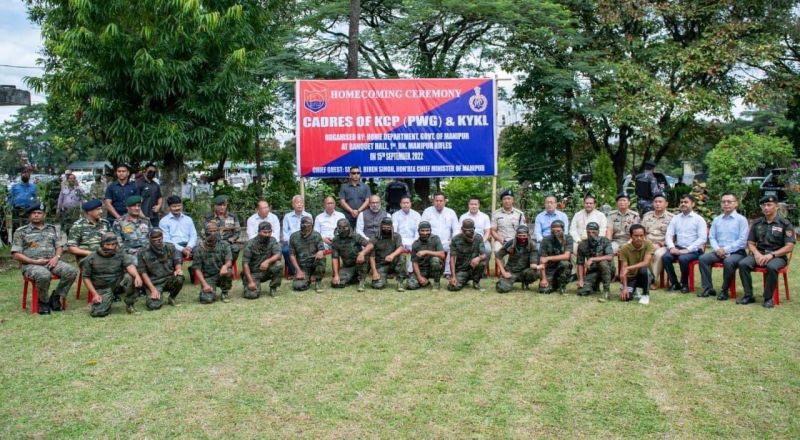 Appealing to all underground outfits in the state to come to a dialogue table for peaceful resolution, CM Biren reiterated Union Home Minister Amit Shah's statement that neither a single bullet will be fired nor a single FIR will be lodged against militants who surrendered before the government.

"With peace prevailing in the state under the guidance of Hon’ble PM Shri @narendramodi Ji, various cadres from different militant outfits have joined the mainstream. I appeal all the underground outfits to come to dialogue table and peaceful resolution," the chief minister said in another tweet.

CM Biren was joined by ministers and senior government officials during the homecoming ceremony.