The government has to understand the needs of its people, including those living in far-flung rural areas, CM Biren said at the Laii (Vafiimai) Day celebration in Senapati..

Manipur Chief Minister N Biren Singh on Wednesday stressed the need to visit interior villages of the state. He said the government has to understand the needs of its people, including those living in far-flung rural areas.

Biren was speaking as the chief guest at the inauguration of Laii (Vafiimai) Day which was celebrated under the theme, ‘Our Culture, Our Identity’. The event was held at the local ground of Laii village under Senapati district of Manipur.

Upon his arrival at the venue, the chief minister and his entourage were accorded a rousing welcome by the public. 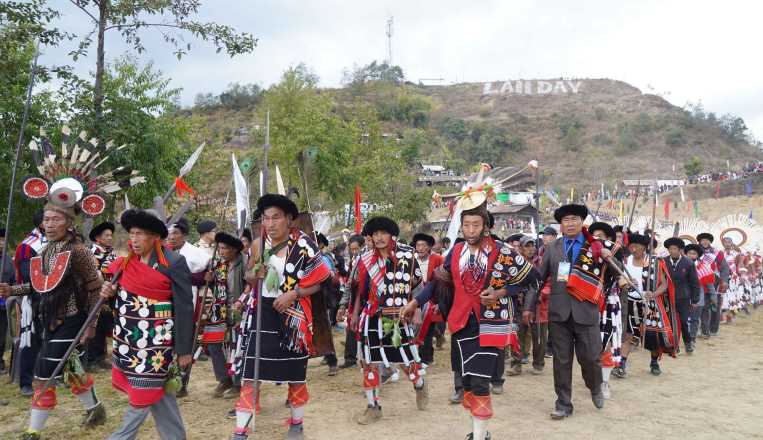 Addressing the function, Biren highlighted the launching of the ‘Go to Hills’ and ‘Go to Village’ schemes in the earlier term.

"The government understands the difficulties of life in far-flung villages. Therefore, in its second term, the government is giving first priority to interior villages and border areas under the leadership of Prime Minister Narendra Modi," Biren said.

Senapati is a strategically important area, and it can be fully developed by taking advantage of the national highway which passes through the district, he said.

“We are trying to create a city-like atmosphere in the district with due consultation with civil organisations like NPO and students union, etc,” he said.

“We are working day and night, and we are able to provide potable water to at least 70-80 per cent in the district today,” he said.

Biren further called on the people to remain united and live together. He urged all to forgive and forget past mistakes and move forward unitedly.

He also sought the people’s support to the ‘War on Drugs’ campaign and appreciated the people of the district, including the Poumais, Thangals, Maos, Maram and Liangmais for coming out voluntarily and pledging against poppy plantation and illegal drug business.

Explaining the ills of poppy plantation, he said it not only helps in production of drugs like opium but also destroys forest and environment. It causes massive deforestation, which is adversely affecting the climate, he said.

At the same time, he also lauded the Naga community for protecting and preserving the jungle cover in their areas.

He mentioned that the proposal for upgradation of the Laii-Tusom via Kharasom road to national highway status was not included in the proposal sent to the Centre earlier. He would look into the demand for the upgrading, he said.

Biren also assured to look into the other points included in the memorandum submitted by the villagers. He applauded the people of the village for properly preserving their age-old tradition and culture.

He stressed on certain similarities between the Poumais and the Meiteis, and expressed his desire to fully understand the similarities.

Village chairman Th Kapani in his welcome address said Laii (Vafiimai) Day is celebrated every five years to commemorate the innumerable blessings which the people have received since time immemorial, and to showcase the rich cultural heritage of the village.

Highlights of the day included inauguration of a monolith by the chief guest, hoisting of village flag, special cultural items by the Laii Women Society and Bee Dance by Laii Village Men folk among others.