The sources said that one improvised explosive device (IED) safety fuse blast took place around 3.09am at the 2nd gate of Little Flower School.

The police said an improvised explosive device (IED) exploded around 3.09 am at the 2nd gate of Little Flower School. However, there were no reports of any casualty or damage to the property, they said.

On receiving information of the blast, a team of Imphal West district police rushed to the spot to take stock of the situation, police said

It is suspected that the bomb was an IED operated with a safety fuse, they said.

At the blast site, vehicle parts and remnants of a burnt twine used to bind the safety fuse were found.

Although CCTV cameras are installed near the 2nd gate of Little Flower School, there are no reports of available footage till the time of filing this report. 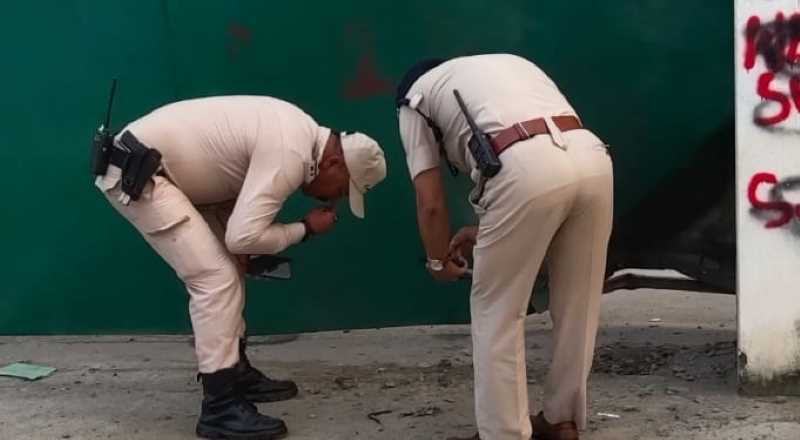 The reason and the culprit behind the blast is yet to be ascertained. Meanwhile, police investigation is underway to nab the culprit and for necessary action against the act.