Manipur will go to polls in two phases on February 27 and March 3 and the counting of votes will take place on March 10.

Amid tight security measures in the state, the Central Election Committee of the Bharatiya Janata Party (BJP) on Sunday released the much-awaited first and final candidates list, including several new faces, for the 12th Manipur Legislative Assembly Election.

After much speculation amid the delay in announcing the candidates list, the BJP announced the names of candidates for all 60 seats in the ensuing state Assembly elections 2022.

Concerning the question of alliance, the BJP president said on Saturday that it will be decided only after the declaration of election results and based on the instruction of the party high command.

On Saturday, Deputy Chief Minister Y Joykumar said that the National People’s Party (NPP) will give chance to those rejected by the BJP for the election to the Manipur Legislative Assembly.

Manipur is set go to polls in two phases on February 27 and March 3 and the counting of votes will take place on March 10. 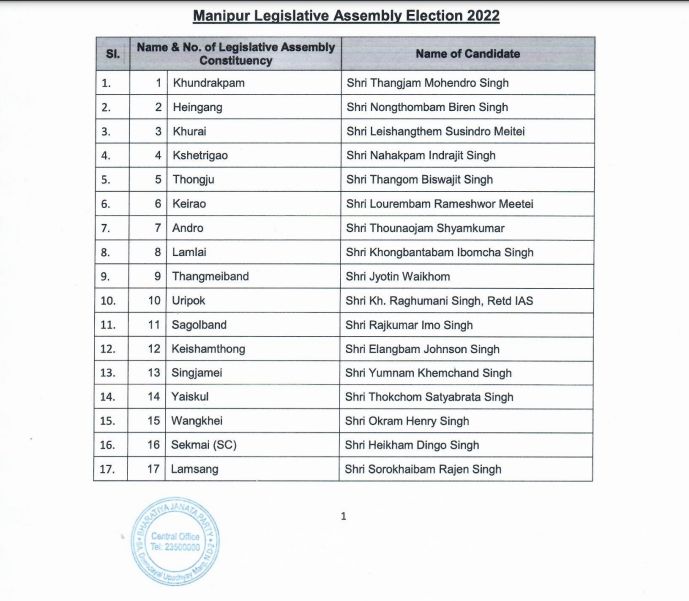 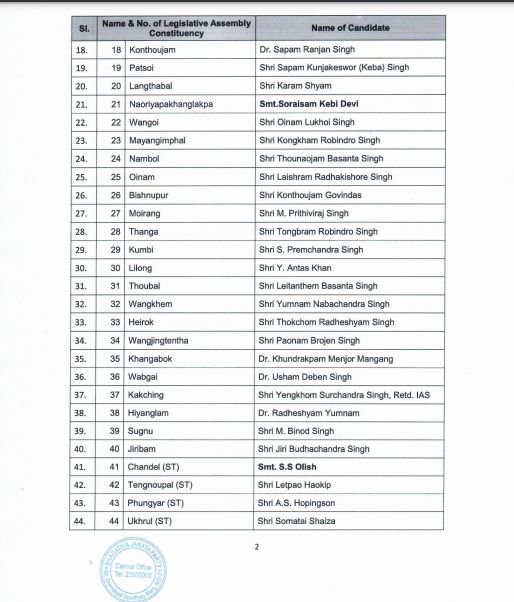 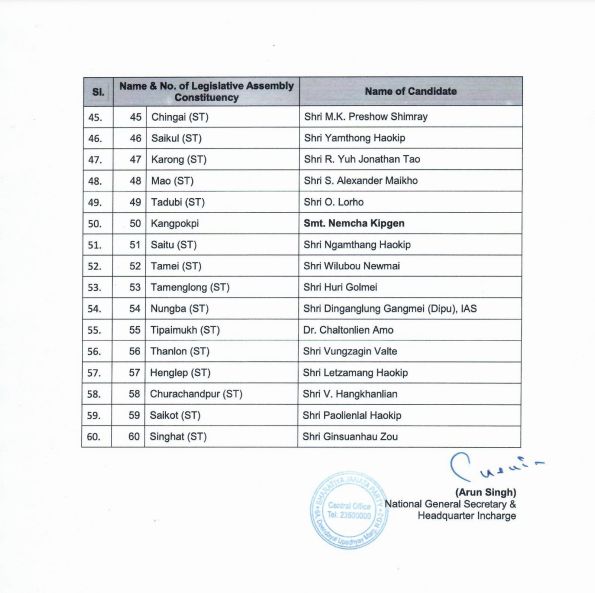