Addressing the function, Minister Biswajit recalled the historic incident of Nupee Lal fought in 1904 and 1939 and said that these two incidents are great examples to prove the bravery of Manipuri women in the world.

Manipuri women fighting against the Armed Forces Special Powers Act for many decades is also another act of heroism, the minister said, adding that this movement against AFSPA can be tagged as “third women’s war”.

The minister also said that the state government would surely give recognition to women of present generation if they take up extraordinary activities with sacrificing spirit for the welfare of the state and nation.

Biswajit further said that the present generation should always remember those historic days and use it as their source of inspiration. The government will never fail to give recognition like they are giving to their forefathers if the present generation can sacrifice their life courageously for the betterment of society, he said.

The state government renovating Nupee Lal Memorial Complex with a total budget of Rs 1.3 crore is a mark of acknowledgment to those mothers who sacrificed their lives during the Nupi Lal, he added.

He said that the famed Khwairamband Ima Market shows the role of Manipuri women in the socio-economy of the state too. To encourage their earning capabilities, the state government has constructed a women's market in seven districts of Manipur and another 10 such markets are under construction. Even in handloom and handicraft sectors, the state government has been distributing looms every year. This year too, as many as 1815 looms were distributed to artisans of the state, the minister said.

The state government allowing girl children in Sainik School from this year is another avenue for women to empower them. Money has been sanctioned for the construction of the hostel too, he informed.

President of today’s function, minister of MAHUD, Yumnam Khemchand Singh said that women of state are taking key roles on all fronts. In terms of economy, women are taking a major role in running their families, taking all odd jobs. Because of their active participation in the socio-economy of the state since olden days, the state can have Khwairamband Ima Market, an icon of Manipur at global platform, the minister said.

Not only this, the responsibility of preservation and promotion of culture and tradition of Manipuri are mostly taken by women. Women usually wear traditional dresses most of the time while men wear pants and shirts even in functions and ceremonies, he added. 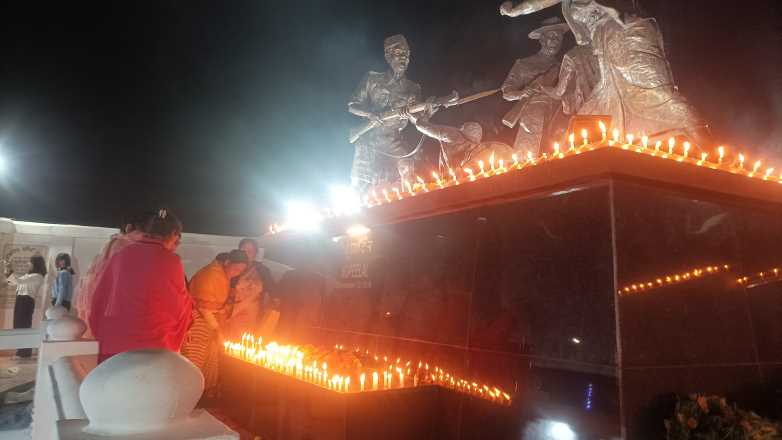 Speaking on the occasion, president of The Nupi Lal Memorial Association, Manipur, Waikhom Ongbi Bormani Leima said the association has been observing the day in remembrance of the contributions made by the brave women of Manipur who fought against the British for justice during the Nupi Lal.

She said the present women should also follow the path of the brave women of Nupi Lal and should raise voice for justice from time to time for the welfare of Manipur. 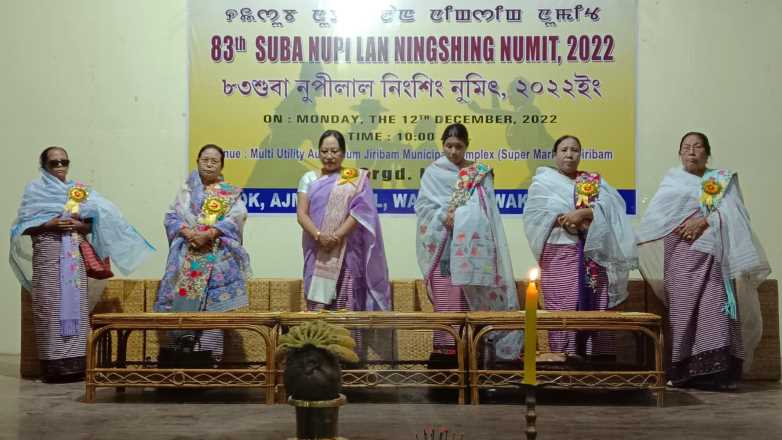 On the occasion, the speakers stated that the women of other communities, including the Meitei Pangal also played a significant role in the Nupee Lal.

The programme started with candle lighting and paying of floral tributes in honour of the Women heroes of the state by the dignitaries that include presidents of Meetei Society, CUCO,  ILAL, Meetei Youth Organisation, LUDO ,Nupi Samaj, among others.

Delivering the keynote address, Ima Leima secretary Ph Manileima talked about the history of Nupilal uprising of 1939 which is one of the important movements of Manipuri women.

Other speakers also talked about the heroic efforts of Manipuri women that need to be emulated in a culturally diversified Manipur.