The 24-hour total shutdown called by the tribal student bodies of Manipur spearheaded by ATSUM and supported by KSO General Headquarters, ANSAM, and ATSUM federating units over HAC recommended Manipur (Hill Areas) ADC Bill 2021 in the Manipur's hill districts on Saturday affected normal lives of the people. All district headquarters wore a deserted look as the total shutdown restricted movements.

Economic activities and free movements of general populace came to a grinding halt amid the shutdown called by the tribal student bodies as the discussion between the state government and the agitating tribal student organisations held on Friday failed to arrive at an agreeable solutions. 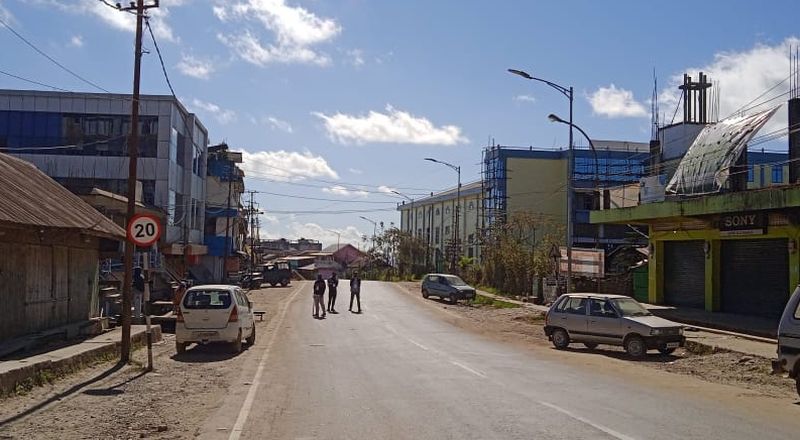 Sources said other than emergency services like medical services and fire services etc, "all government offices, commercial shops and educational institutions remained shut in the district headquarters of Ukhrul and Kamjong". No public transportation hit the road other than the mentioned health emergencies related services.

The sources further said that the shutdown was strictly observed in both Kamjong and Ukhrul districts, as volunteers put a blanket banned on the free movements of people and vehicle along the national highways stretch of the two hill districts of Manipur in addition to the town road.

No untoward incidents, however, was reported till the time of filing the report.

In Chandel district, the Naga Students' Union Chandel (NSUC) and their Federating Units members took to the street and ensured complete shutdown in the district. 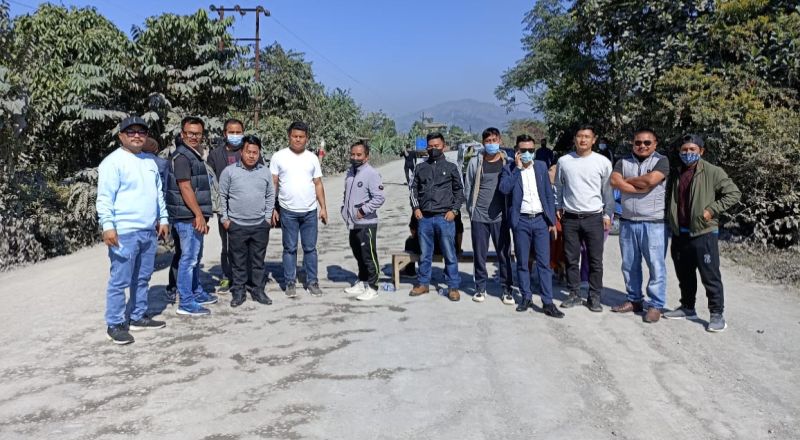 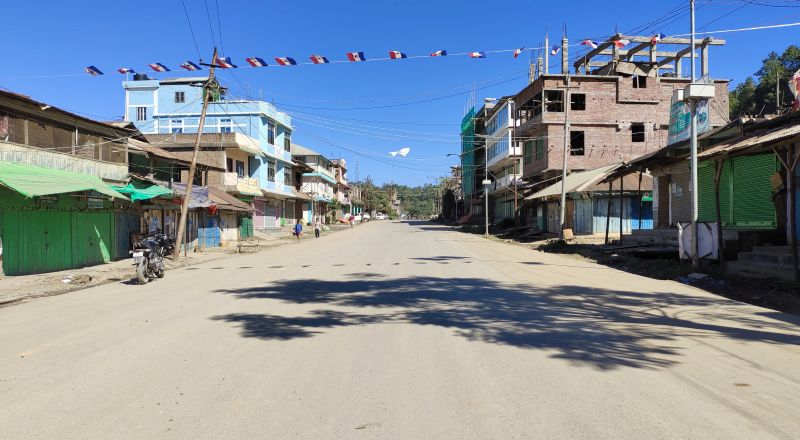 The district headquarters, Japhou Bazar and its surrounding areas wore a deserted look. Normal businesses were halted at Japhou Bazar in response to the shutdown. 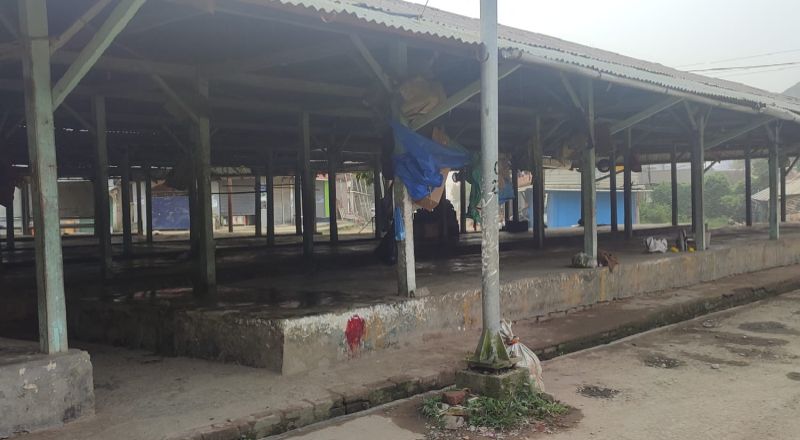 Shops and other essential grocery stores were all closed. No buses and other public transportation were seen plying on the Chandel-Imphal road. However, emergency services like hospital visits were exempted from the purview of the bandh.

The shutdown also affected normal life at the border town of Moreh in Tengnoupal district. The bandh is supported by the KSO Tengnoupal block and the KSO Moreh block. Members of the KSO Moreh block came out in the town and stopped the movement of vehicles at Chikim village, Moreh. Marriages and emergency cases were exempted from the bandh. No unwanted incidents occurred till the time of filing this report.

As the Kuki Students' Organization Sadar Hills declared endorsement of ATSUM's total shutdown, all business establishments in the district were reportedly closed for the day while no movement of vehicles except those exempted from the purview of the shutdown were seen along the highways.

In Kangpokpi district headquarters as well, not a single shop was opened while government institutions were partially attended owing to the shutdown as no vehicles were allowed to pass on the highways by volunteers of KSO Sadar Hills at Gamgiphai.

However, no untoward incident has been reported till the filing of this report.

ATSUM and KSO Sadar Hills leaders were also seen monitoring the enforcement of the total shutdown while taking stock of the situation along the national highway in Kangpokpi district. 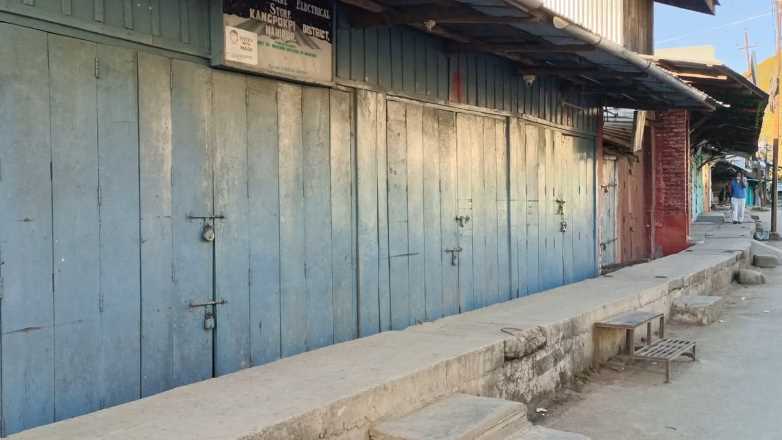 The KSO-SH supported the shutdown called by ATSUM in all the Hill Districts of Manipur against the state government for not convening Special Assembly Session on ‘The Manipur (Hill Areas) Autonomous District Councils Bill, 2021’ recommended by the Hill Areas Committee (HAC).

In Churachandpur too, the shutdown was total at Tuibong area which was supported by Kuki Student Organization, Churachandpur wherein they set up three check posts along the area where vehicles are not allowed to ply. There were no report of untoward incident which may be due to the heavy deployment of security force, Police by the district administration who were armed with tear gas at the area.

It may be mentioned that in the main town, life went on normally as the Zomi Student Federation said that they will not support the total shutdown saying that the issue of Manipur (Hills area) ADC Bill 2021 need more consultation and opinions of legal and constitutional expert before it was tabled in the house and that since they are never consulted nor taken into confident.

It may be mentioned that the government failed to table the bill in the previous assembly sessions.

The total bandh which ends Saturday's midnight will be followed by indefinite economic blockade in the State National Highways starting Monday.

The total shutdown and the proposed indefinite economic blockade along the National Highways in the Sate came following breakdown in the official discussion between the state government and the mentioned student bodies held on Friday at Chief Minister's Office in the presence of the chief minister to discuss the HAC recommended ‘Manipur (Hill Areas) ADC Bill 2021.’

With both the parties unable to reach any agreeable solution in their positions, the student organisations had decided to go ahead with the announced agitations as scheduled.