A unique paddle steamer PS Bhopal built in the United Kingdom is being refurbished with corporate and recreational facilities at SMP Kolkata.

A unique paddle steamer of heritage value built in UK in 1944 named PS Bhopal, the first of its kind in the Indian subcontinent, is being refurbished at SMP Kolkata with corporate and recreational facilities and will be opened to the public soon, official sources said on Wednesday.

The refurbished vessel is on the verge of completion and a few trials in the river have taken place to ensure its safety of operation with passengers on board. It will be inaugurated early September, according to Vinit Kumar, chairman, SMP Kolkata. 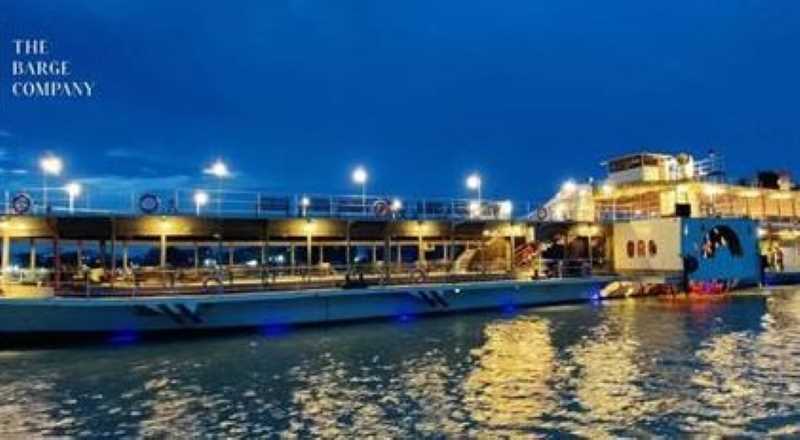 With a length of about 63m and breadth of 9.2m, PS Bhopal was being used as a training vessel by Syama Prasad Mookerjee Port, Kolkata (erstwhile Kolkata Port Trust) at No 22 KPD, the Ports, Shipping and Waterways Ministry said in a release.

With the decision to open it to the public, SMP Kolkata refurbished the Paddle Steamer built in UK's Dumbarton Shipyard in 1944,  after getting a a long-term lease agreement of the vessel with the Training Institute in 2019.

With the completion of the lease agreement with the Training Institute in the year 2019, SMP Kolkata wanted to refurbish this vessel which has a heritage value and open it to public, the SMP Kolkata chairman said in the release.

The long term lease was selected through open tendering with the condition that the vessel will remain a property of SMP Kolkata throughout the period of the lease, the Ports, Shipping and Waterways Ministry said.

As per the lease condition, 'PS Bhopal' will remain in the river moored adjacent to the shore or jetty and will be self propelled with its own power. The craft will have an exhibition space, restaurant, small assembly etc.

The paddle of the steamer is not operational now, but the basic structure of the vessel has not been altered and new main engines with propulsion has been installed so that the vessel can move in the river with passengers on board so as to bring the real feel of the vessel when built in 1944, SMP Kolkata said.