We destroyed illegal poppy cultivation to save society, not to collect rewards, says Paoyi village chairman

Located about 30 km North from Manipur's Ukhrul district headquarter, Peh villagers voluntarily destroyed a poppy in their village without any support from the state police department.

"We did not destroy the illegal poppy cultivation to collect rewards from the government but to save the society from drugs," said village chairman of Paoyi (Peh), Shangreihan Khare.

Located about 30 km North from Ukhrul district headquarter, Peh villagers voluntarily destroyed a poppy in their village without any support from the state police department. 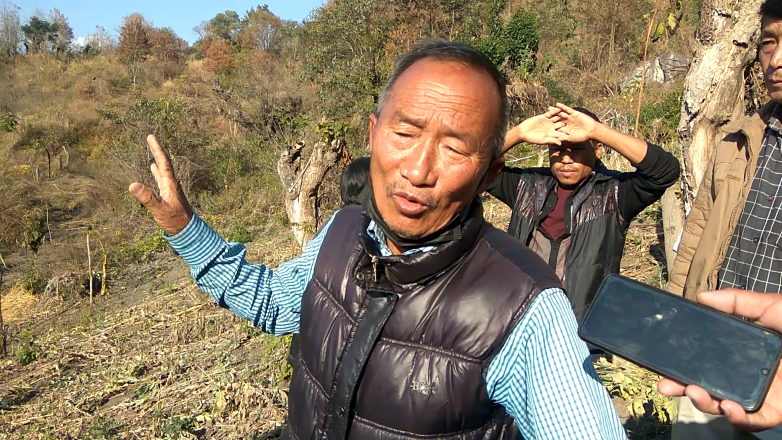 “We, including the village chief and headmen as people of the state, take our parts in the government’s mission. No one will come forward if we do not take the initiative to destroy the illegal poppy cultivations,” Shangreihan said.

"However, recently we found out that Chipemmi has been cultivating poppies at a spot not far away from the village. The villagers led by the village chairman immediately reached the spot and destroyed the poppy plantation without warning," he added.

The chairman said that Chipemmi was given warning to serve severe punishment by the village authority if he continues his activities. 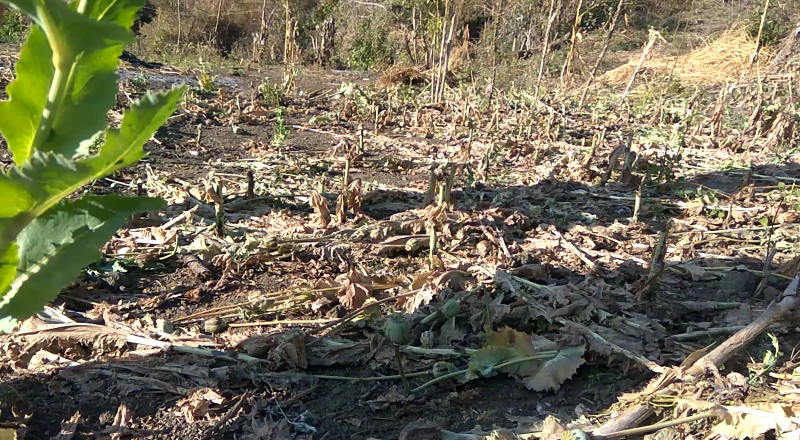 “Chipemmi probably cultivated the poppy plants to make money but such means will not be tolerated by the village authority,” said Shangreihan.

He said the destruction of poppy was not carried out to please the government but to save the youths and society. But the CM announcing Rs 10 lakh reward to the village is highly appreciated, he said.

He appealed to other village chairmen and headmen to take their own initiatives and extend support in destroying such illegal poppy cultivations.

During the visit, media persons also came across cultivation of Ganja in some areas near the poppy cultivation.

Warnings have been issued not to harvest ganja, the village chairman said while responding to the media. 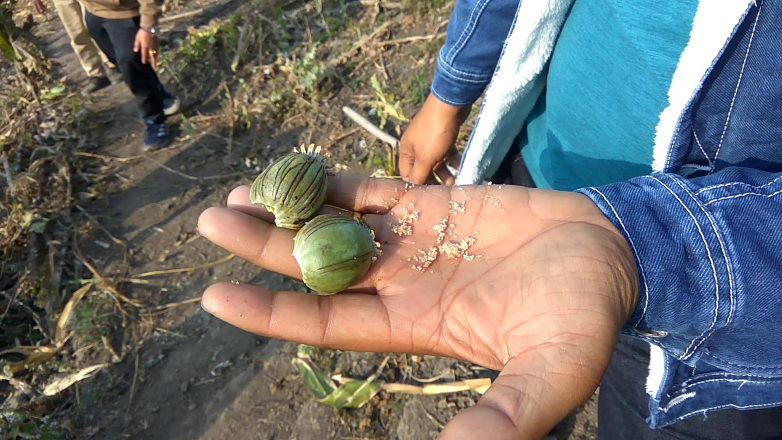 Responding to a query on the floor of the ongoing second day of Manipur Legislative Assembly session, leader of the house, Biren told that many illegal poppy cultivation were destroyed but no owner of the farm could be detected. Biren further said that the state government had started providing alternative to replace poppy plants.

A team of government officials consisting of Manipur Organic Mission Agency, horticulture, fishery and forest visited the illegal poppy cultivated site at Peh and handed over alternative seeds to the village authority. The seeds of maize, lentils, onions, peas, cabbages, tomatoes and others were provided.

Under the state scheme ‘Alternative to poppy cultivation’ State Horticulture department will provide its benefits to Peh village for 2021-22, said project director, Manipur Organic Mission Agency (MOMA), K Devadutta Sharma while speaking on the occasion. The scheme will be delivered in appreciation of the initiatives taken by the villagers in destroying the illegal poppy cultivations, he added. 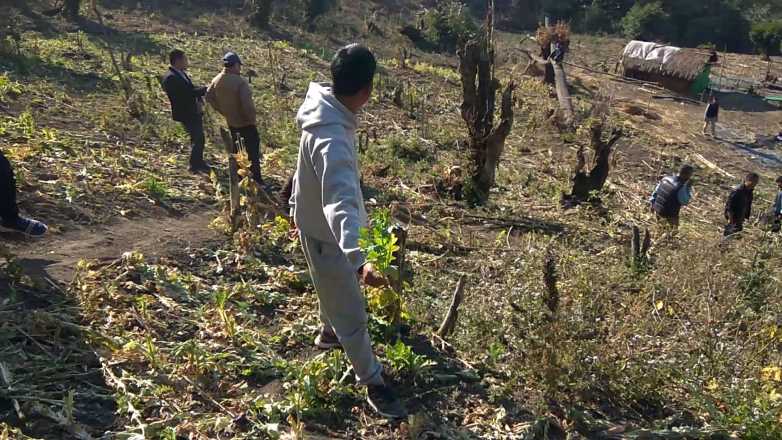 Sharma said he was told by the chief minister that the government will fulfill whatever requirement the people of the village demands. He said the villagers destroyed the illegal poppy plants without taking any support from the government. To promote their initiatives, the government has announced a reward for Rs 10 lakh to the Peh (Paoyi) village, he said.

He said the department concerned will provide whatever seeds or any other alternatives the villagers demand to plant in place of poppy cultivation.

The chief minister also told him to announce the representative of Peh that they are invited for a meeting on Monday at his secretariat office located at Babupara, he added.

Later, Devdutta handed over some financial assistance to differently-abled persons of the village and urged the village authority to submit the list of remaining names of People Living with Disabilities (PWDs) living in the village to avail benefits from the government.

Manipur police department has destroyed poppy cultivation at over 2,700 acres under the chief minister’s “war on drugs” mission.

Assisted by respective district police of Manipur, including Narcotics and Affairs of Borders (NAB), the destruction of illegal poppy cultivation had been carried out in most of the hill areas.

Peh village has about 600 households and cultivation is the primary occupation. Apart from cultivating paddy, their major source of income comes from chilli, seasonal vegetables and banana plantation.

Peace walker from Germany takes out cleanliness drive in Moreh