Manipur government's ambitious project, with a proposed estimated budget of over Rs 65 crore and what could be an epitome of the special feeling for art and culture exuded by the villagers of Ringui village and their contribution for promotion of films, remains stagnant.

Only the foundation stone and a precarious signboard stood as physical attributes of the much-hyped development of a film city in Ukhrul district’s Ringui village, first of its kind in Manipur.

The two structures have been there since the then Art and Culture Minister L Jayantakumar laid the foundation stone for setting up of the much-hyped film city under Centre for Cultural and Moving Images (Culture and Heritage Complex) at Rakharan, Ringui in February 2020.

In May 2020, the state government notified ‘The Manipur State Cine Policy, 2020’ wherein it was being proposed that a full-fledged complex having facilities for both outdoor and indoor shooting, production and post-production shall be established at a suitable place.

Unfortunately, the ambitious project, with a proposed estimated budget of over Rs 65 crore and what could be an epitome of the special feeling for art and culture exuded by the villagers of Ringui village and their contribution for promotion of films, remains stagnant since. 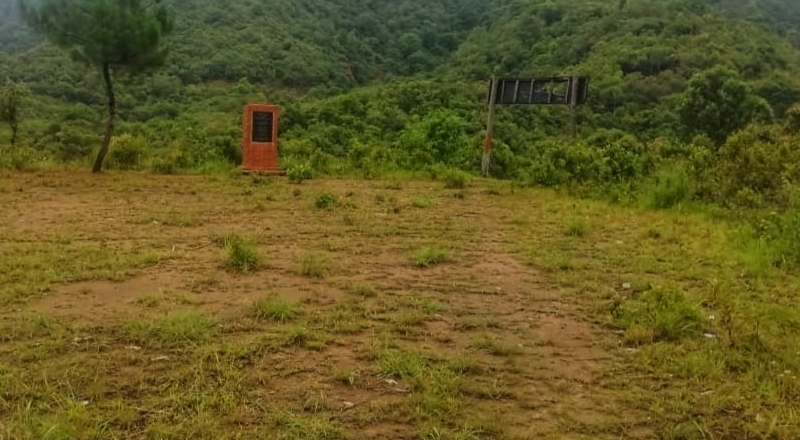 It is pertinent to mention here that the then minister, L Jayantakumar, had announced in the budget session of the 11th Manipur Legislative Assembly that the film city, having integrated campus with museum, archive, studios, theatres and cinema centre, will be fully functional by September 2022.

Speaking exclusively to Imphal Free Press over the stagnant activity of the potential film city, Convenor of Ringui Filmmakers Association, Wungkathing Makang contended that there has been no progress for the project apart from foundation laying and land demarcation.

“We have met the chief minister multiple times regarding the matter yet the project never took off. The chief minister clarified that the requisite funds have not been sanctioned and told us to wait for some more time. We can do nothing but wait when told to do so,” he expressed helplessness.

Nevertheless, he also exuded confidence that the recent induction of Chingai constituency MLA, Khashim Vashum in the cabinet ministerial fold will yield positive results in expediting the project.

He said the minister himself has shown extreme enthusiasm towards the project. “We are hopeful that the much-awaited Manipur’s film city with different facilities will soon be achieved in the near future,” Wungkathing stated.

Meanwhile, Art and Culture Director, L Kishworjit clarified that the department is unable to focus on the film city owing to shortage of funds.

“Even Manipur University of Culture (MUC) and Manipur State Film and Television Institute (MSFTI) are struggling presently. While there is not enough infrastructures for MUC, MSFTI is unable to commence its courses due to lack of manpower, all due to lack of funds,” he said thereby raising a question whether Manipur's art and culture department has bitten off more than it can chew.

Kishworjit further confided that Manipur was supposed to have two film cities, one in the hills and another in the valley yet the site for setting up the same in the valley has not even been identified.

He said that even DPR has not been drafted for the setting up of film city and thrust has been given on making MSFTI fully functional since the demand for film city will automatically come when the film institute is fully functional and film enthusiasts have been professionally trained.

The art and culture director opined that the government will definitely struggle to accomplish the provisions of the Cine Policy in the near future even if the policy has been adopted by the government.

In such a scenario, just as eminent art and culture personalities including Aribam Syam Sharma and Ratan Thiyam have often pointed out, the budget for art and culture in the State is apparently squeezing water from stone.

What could have been an invaluable gift to the people of Manipur especially its film community as Manipuri Cinema recently completed 50 years, the state’s film city stood in name only, waiting to blossom into a centre for upscaling the status of Manipuri films.