It is high time to think what can be done for the artists in Manipur, Commissioner Arts and Culture, Manipur, Mongjam Joy Singh said at an academic discussion on “Art and Cultural Cultivation” held as a part of International Artists Day at the JN Dance Academy, Imphal on Sunday.

Every October 25 is observed as the International Artist Day in honour of famous artist Pablo Picasso. However, artists in the state feel they have not been given their due recognition and acknowledgement. 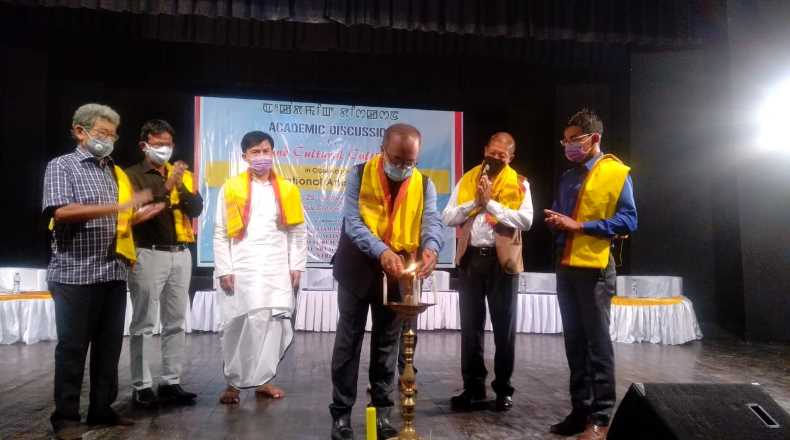 Meanwhile, Film Forum Manipur chairman Samjetsabam Mangoljao Singh, speaking at the function, said that International Artist Day is observed to encourage artists of different art forms. He said art plays an important role in developing and conserving a culture of a particular society.

Mangoljao said that film as an art form can communicate and disseminate information faster than other art forms with advancement in technology. He also appealed to the people engaging in other art forms to maintain originality rather than copying it from others.