One must remember the past mistakes due to lack of understanding and awareness and for major projects, emotional blackmailing should have no role, only hard scientific facts should determine it.

When Manipur Chief Minister N Biren Singh announced on the floor of the House that the MoU entered between the state government and the NHPC Ltd regarding the Loktak Multipurpose Project (LMP) is not available, it was no surprise. As a society, we are very poor in maintaining records. 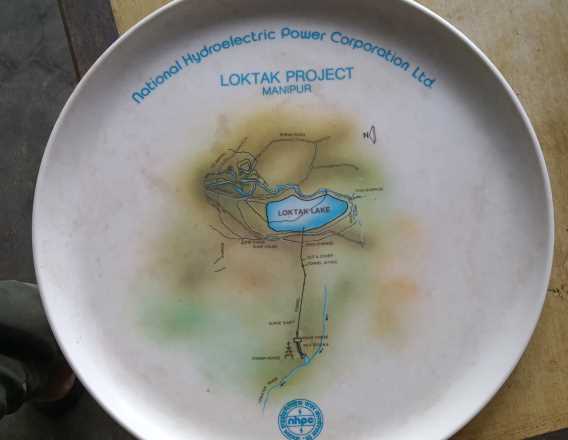 However, another announcement came as a surprise, that the state government had written to the Union Government for decommissioning the Ithai barrage which is regarded as the scourge of the Loktak Lake by many, but no systematic or scientific study had been carried out about the likely impact of dismantling of the Barrage on the hydrology of Manipur Valley and whether the valley will face perennial acute water scarcity, especially during the lean season.

The Manipuri psyche is etched by the Meragi Echao (the October Deluge) of 1916 as it caused great suffering, with almost all the paddy destroyed by the flood just before harvest. There is no records of the flood level of this flood but it must be high, perhaps coming to almost the 1966 flood level.

Plans have been discussed how to manage floods and after Manipur joined the Dominion of India it was believed that the water should flow down the rivers fast disallowing retention of water along the river corridors.

When this writer was a kid, the most discussed topic on this is the blasting of the Sugnu Hump though it was strenuously opposed by a few led by MK PB who felt that it would lead to acute water scarcity in the Imphal valley. They argued that the lakes and water bodies serve as reservoirs of surplus water and flood could be managed by managing the lakes and water bodies and this would ensure water availability throughout the year but takers were limited.

Those in power felt that by blasting the Sugnu Hump and the enlargement of the river along Ithai, could manage flood while large tracts of land by the lakesides can be reclaimed for agriculture to improve the economy of the state and its people.

The Imphal river during monsoon was literally blocked by the swift moving water of Chakpi River and on a number of occasions the water of Imphal River flowed backwards; such was the force of the Chakpi River. Thus attention was focussed on Loktak Lake, the largest of the lakes, for management of flood based on such incorrect assumptions.

While conducting a survey of the state towards this purpose, it was found that the Loktak is about a thousand feet higher in elevation than the Leimatak valley on the other side of the watershed. Presto, it was decided that if the water from Loktak can be channelized towards Leimatak valley it can produce a huge quantity of electricity, which then in the 1960s was a luxury with only a small percentage getting power connection.

A unified and integrated plan for the development of the whole Imphal valley unfolded and the Central Water and Power Commission was roped in by the state government. The pros and cons were assessed with the pros far outweighing the cons and those few who opposed the plan were silenced by the argument that Imphal people do not want the rural areas to develop.

Unfortunately, the plan did not take into consideration various aspects like the traditional water ecosystems, the Sangais, indigenous aquatic plants and animals, the migratory birds flocking the lake, indigenous fishes that abound the lake, etc. Alas the desire to get to the path of development overrode all ecological and environmental issues, though to be fair environmental impact was never thought of then.

The plan formulated was the LMP, which then was regarded as a dream project to usher Manipur towards the 20th century. Sugnu Hump was fortunately forgotten.

However, when the project was being formulated, many challenges were discovered especially in the trade-off between power generation and flood control and land reclamation and the water level was proposed to be kept at 2521, two feet below the highest flood level then.

This writer is among the few who claims that Loktak Project saved the Loktak Lake and if this project despite all its negative aspects was not commissioned, the lake by now would be a small percentage of what it is now and with the polluted water of Nambul River flowing in it would have been unable to support any life; a Dead Lake.

There were reports then that survey was carried out using boats and even areas where the water as deep as 10 feet were surveyed and dag chitha allotted. The Revenue Department was overactive then and staff were stationed almost throughout the year.

In June 1966, 40% of the annual rainfall fell in this month receiving 670 mm of rainfall. Imphal valley was flooded and the water which entered the Loktak was not drained out for a long time causing tremendous impact on the lake and the life it supports.

The highest flood level reached 2531.6 feet and this helped the proponent of the power generation a fillip and proposed a higher water level of the lake for the LMP. There were conflicts as to the level of water at Loktak was to be maintained till it was announced by the then Union Minister of Irrigation and Power that it should be 2525 feet, 2 feet higher than the normal flood level.

The State PWD, then the only Engineering Department came out in 1967 the LMP with a promise to generate more than 100 MW of power, irrigation of 60,000 acres of fertile land and reclamation of 57,000 acres of arable lands.

The project envisages construction of a barrage at Ithai to block the water to maintain a certain level, an intake canal near Ningthoukhong and the hill tunnelled to bring the water to the penstock to drive the turbine at Leimatak valley.

This writer visited the tunnelling worksite and visited the project after its inauguration in 1984 and as one of the first visitors was given a wall plate with the LMP drawn which still hangs on his wall. A portion of the water from the Ningthoukhong canal was to be pumped to a canal which runs along the foothill from where the water will by gravity irrigate the fields along the long stretch.

On hindsight, one is surprised that the project still incorporates reclamation of land when logically since the water level is to be maintained at a certain level which is higher than the normal flood level nobody questioned it. The irrigation component had literally failed as most of the major pumps conked off in a few years and the main canal and its distributaries were so poorly designed that very limited water came down by gravity.

There is no need to talk about the impact of the project as all are by now aware. NHPC did little to maintain the lake and in fact they used to write to IFCD and then later on to LDA to clean the water plants floating down the Ningthoukhong canal. In fact, they run a project which produces the cheapest power as their responsibility was negligible.

The state representatives must have signed an MOU which was heavily weighted in favour of NHPC as they were totally inept for such agreements and reposed complete trust on the central agencies.

One may ask why the history now? The answer is that one needs to remember the past mistakes due to lack of understanding and awareness and for all projects there is a need for proper analysis and politicians must not carry the proposal. It must be examined by experts from different fields and only after scientific and systematic analysis should a reasoned decision be taken. In other words, for major projects emotional blackmailing should have no role, only hard scientific facts should determine it.

Should the present generation blame those who agree to foist this project on the state and its people? It cannot be, as environmental awareness came only in 1962 with Rachel Carson’s book The Silent Spring which highlighted the impact of pesticides on nature and the manipulation by the pesticides industry of the government functionaries. Even in the USA it took quite some time for the common man to realise the impact of dams and major projects. Those dealing then made decisions based on their knowledge and experience which unfortunately was almost nil.

There is not a single medium irrigation project in Manipur which is even partially successful and even the Thoubal Project will end up supplying drinking water to Imphal only, forgetting the irrigation aspect.

Manipur continues to reel under the impact of the 1966 great deluge as it led to higher water level of the Loktak Lake for LMP and will continue to feel the impact in the years to come.

The author is a former bureaucrat, Imphal, Manipur