Law in Motion | Cyber Crime: Why you should not buy stolen mobile handsets

What precautions should you take before purchasing a used handset... what can police do if there is an FIR about stolen/lost handset? Read on to know all about it. 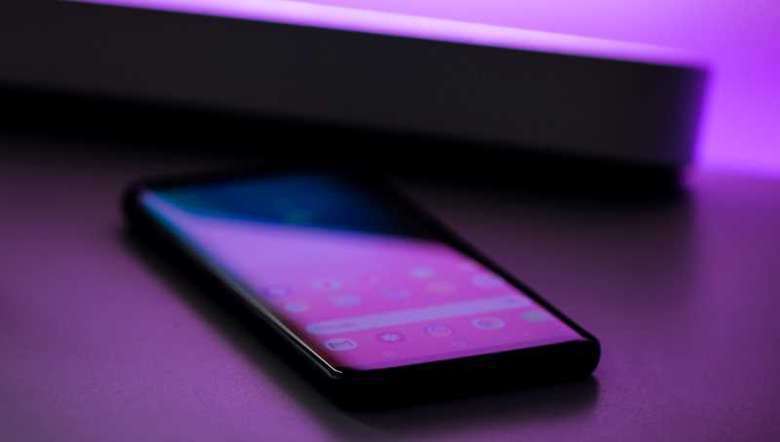 Let us continue to address some of our anxieties with mobile handsets. Some of us may not be able to buy new smartphones. Reasons may be many – from lack of income or resources or unavailability of good markets or for any other such reason. However, we may want an upgraded handset with better features and looks. It is human tendency to save money wherever we can. Therefore, sometimes we start looking for ‘used handsets’ much like we start looking for ‘used-cars’. Some of the used handsets match our expectations both for features and also the looks and budget. However, purchasing used-handsets, which may be either stolen or of unknown origin, may be a risky proposition.

Ten reasons you should not buy a stolen mobile handset:

Some of the reasons why we should exercise caution while purchasing stolen handsets or used handsets or handsets of unknown or uncertain origin are as follows:

1.The handsets may simply be a stolen property, in which case, if the police or the rightful owner comes to know about it, you run the risk of being dis-possessed and even getting arrested for possessing stolen property;

2. The police may subject you to intensive interrogation to find out how the mobile phone landed in your hands – and God save you if you are the thief;

3. The mobile handset may have been involved in a crime before you bought it and even in such a case the police will seize it and you will lose the handset as well as the money you have spent;

4. The mobile handset may have been used to commit a cyber-crime– it is of evidentiary value for police;

5. The mobile handset may have been used to participate in a criminal conspiracy– the conspiracy need not be a cyber-crime alone;

6. The handset may have been tampered by the seller-criminal by changing its original IMEI – in that case also the phone may be seized from you;

7. The handset may have private personal data of either the original owner or the seller-criminal – some thing which you may find obnoxious;

8. The handset may be infested with malicious softwares or codes or viruses which could compromise your information and personal details and you may suffer financial losses too;

9. Even if you use a lost phone (one which may have found on the road or bus or office etc.,) and the original owner or police discovers the phone, you may have to lose the phone;

10. The possibility of the second hand/used handset having been involved in incidents like terrorism/insurgency etc., are also not ruled out – sometimes, the terrorists/insurgents/criminals buy handsets – either new or used ones, use them for committing a crime and then dispose them off within a very short time. In such cases again you run a huge risk.

Other risks of buying a used handset

Besides these crime-criminal aspects, when you buy a used handset, you may also run the risk of buying something which is not genuine, which has replaced some parts inside or which may be re-furbished by the sellers. In such cases, the amount you may be paying may be disproportionately high.

Assuming that you have purchased a ‘used’ genuine, non-stolen handset, there is the risk that it is an older model which may not have all the featuresor functionalities ormay be slowor that in case of problems, you may not get any after-sales service or accessories or you may not be able to install new softwares or apps.

Another word of caution– be very careful before you set-up a business in dealing with ‘used handsets’. You may end up buying as well as selling handsets involved in crimes or being instruments or proceeds of crime. In all these cases, your life could be made miserable by police visits.

A similar thing would also apply to people who are involved in the occupation/employment of repair and refurbishing of mobile handsets. People coming to you with repair requests may be involved in crimes.

What precautions should I take before purchasing a used handset?

At the time of taking a decision on purchase of a ‘used handset’ and before its use, some of the suggestions are as follows:

1.  Avoid use of ‘used handsets’ if the originof the handset is uncertain. This means that avoid using mobile handsets which you may find un-attended or lost;

2. Avoid use of handsets if you think that the seller is of doubtful or dubious character or antecedents;

3. Avoid purchase or use of ‘used handsets’ if the ‘re-sellers’ are not having a proper address or location or if their business establishments are temporary;

4.Avoid use of handsets of unknown persons, even for making emergency calls;

5. At the time of purchase, check whether the handset has an IMEI number or when there are two SIM-slots, two IMEI numbers – use *#06# to get instrument IMEI details;

6. If the handset does not have an IMEI number or the IMEI number is 0000000000, then avoid buying that particular handset. Clearly it is either tampered or is a duplicate one or there are some copyright/patent violations;

8. Check from theonline websites about the IMEI numbers to make sure that the Brand-Manufacturer-Model combination are correct;

10. It may be worthwhile tore-format and erase all user data from previous users before purchasing or starting to use the ‘used handsets’;

11. Check whether the used handset has any default wifi connections etc configured when you purchase. Clear all such connection settings;

What can police do if there is FIR about stolen/lost Handset?

These are two different situations – a lost/misplaced handset or a stolen handset. Both situations probably require slightly different treatment at the hands of the user-owner and the police.

If you have lost or misplaced your handset, it is advisable to report the loss/misplacement to the police in writing. When reporting the loss, mention all possible details like SIM-number and IMEI number to the police. However, even if you do not have all the details, you can approach the police with whatever information you have. The police can ‘ferret-out’ the rest by asking for CDRs from the service providers. However, you also need to tell the police about the service provider whose Sim you are using – Jio, BSNL, Voda-Idea, Airtel etc. This information will be helpful to police to seek the CDRs

While making a report about a lost/misplaced phone, it may also be pertinent to mention that you are seeking police help to help retrieve your phone because of the price/cost factor or also because it may contain valuable information.

On your part you may be interested in lodging of a police report about the lost handset because of cost or the data it contains but also because you may have purchased some insurance packages where you would be able to recover some of your costs, if not all from the insurance companies. However, a police report is required.

Besides this, if you have lost or misplaced your phone it is advisable to report the matter to the police to make sure that the instrument does not fall into the hands of unscrupulous elements or criminals who may either commit crimes using your handsets or retrieve and misuse your personal information and photographs or details like bank accounts or passwords etc., to commit other crimes. The Lodging of police-report helps you to pre-empt such scenarios and eventualities.In such a case,an FIR need not be necessary but an INCIDENT REPORT, with a duly acknowledged GD Entry is advisable.It is also advisable that a copy of the GDE should be kept handy with the victim to avoid complications and run-ins with police, later.

If your handset gets stolen, it is a clear-cut case of theft and a crime under the Indian Penal Code. There is no doubt that it merits and warrants an FIR to be lodged as theft is a cognizable offence.The police has no choice but to register an FIR. Therefore, for an ‘aam aadmi’, insist that an FIR is lodged by the police. If you happen to travel or do not know where to register the FIR, go to the nearest Police Station and lodge a complaint report which the police station would call a “Zero FIR”.

In fact, the Ministry of Home Affairs has issued mandatory advisories that in case of stolen mobile handsets, FIRs should invariably be registered.

It is, however, unfortunate that most often police stations do not register FIRs. The immediate fall-out of non-registration of FIRs is that the police station is failing to take note of the theft or the crime and also failing to investigate the crime. In case of a mobile phone theft, loss of valuable time could give time to the thief to commit further crimes using the stolen handset. Those crimes may be limited to damaging the victim, i.e., you, further or using your instrument or ‘identifying particulars’ to commit crimes upon other people who may be related or connected to you or not. We are allowing things to take a turn for the worse by not registering FIRs.

Author can be contacted at: rupinsharma@gmail.com