IFP Editorial: Numerous Central leaders had promised to uplift the Regional Institute of Medical Sciences (RIMS) to the level of AIIMS, many times. But, somehow it has eluded the institute in spite of its various achievements towards providing health education and quality health care facilities to the region. 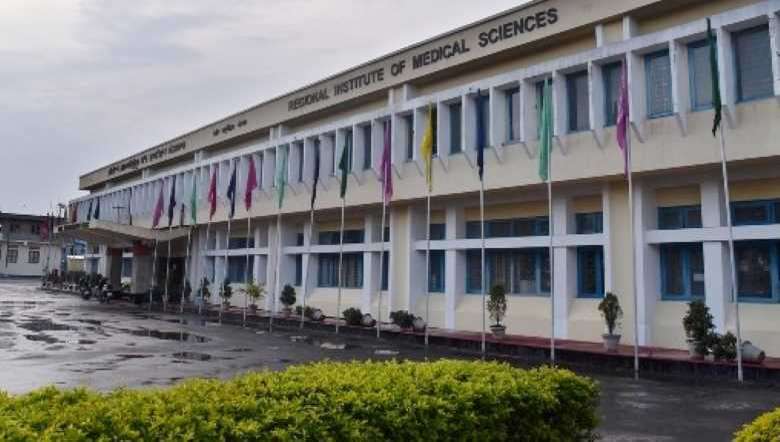 As the Regional Institute of Medical Sciences (RIMS) celebrates its golden jubilee, we once again would like to reiterate the need for up-scaling the institute to the level of AIIMS. The Institute has come a long way since its establishment in May 1972, as a joint venture of the Northeastern states. On September 14, 1972, the name was changed to Regional Medical College, Imphal. The college was later renamed as North Eastern Regional Medical College under the management of North Eastern Regional Medical College Society. From August, 1976, it was run under the Ministry of Home, Government of India and was the only medical college run by the Ministry of Home. Nearly 19 years later, the college was again renamed as Regional Institute of Medical Sciences and its management was taken over by NEC, Ministry of DoNER from April 1, 1995. After exactly 12 years, on the historic day of April 1, 2007, the Institute was transferred to the Ministry of Health & Family Welfare. When the then Union Health Minister Dr Harsh Vardhan visited Imphal in March, 2021, the state was expecting an announcement. Numerous Central leaders had promised to uplift it to the level of AIIMS, many times. But, somehow it has eluded the institute in spite of its various achievements towards providing health education and quality health care facilities to the region. He however, promised that the Central government will extend support in promoting proper healthcare systems in the state and upgrading of RIMS to the level of AIIMS. The Union minister was speaking at the inauguration of four facilities at the institute.

It is a fact that RIMS is one of the top medical institutions in the entire Northeast. RIMS was ranked 38th in National Institutional Ranking Framework (NIRF) of the Ministry of Human Resource Development in the year 2020 and awarded the Certificate of Appreciation in January, 2020 by the state for exemplary performance under AB-PMJAY. So far, it has produced a cumulative total of 3,560 doctors while there are currently 547 undergraduate students at RIMS. A total of 1,968 specialist doctors have also been produced from the said institution besides having 402 postgraduate students currently. Many of its products are manning important positions in premier medical institutions in the Northeast and the country, of which the teaching faculty has a number of super-specialists. RIMS has also recently introduced Bachelor Degree Courses in BASLP, MLT and MRIT. As the Director said, several facilities have been successfully expanded and many modern equipment including High-end Ultrasonography machines, High-end Endoscopy System with endosonography, oxygen generators, ICU beds, Central RT PCR and Extraction Set and TrueNat have been procured. A new Tesla MRI machine was also installed during the pandemic and Liquid Oxygen Plant with a 10 KL capacity, two PSA Oxygen Plants of 1000 LPM capacity provided under PM Cares Fund have been installed in the hospital.

Dr Harsh Vardhan had praised RIMS for its capability to open various new departments including sports medicine, which is hardly found in India, a sign of constant development in the institute. On top of this, among the 500 plus medical institutes of India RIMS is usually listed among top 30 best institutes, he said. He recalled that the then prime minister Atal Bihari Vajpayee had aimed to upgrade five medical institutions of India at the level of All India Institute of Medical Sciences (AIIMS) and RIMS was among the five. Now the question is, in spite of such a history and background, what is holding back the ultimate announcement.