Students’ unions from 12 colleges affiliated to Manipur University (MU) alleged that the government increased college fees when the whole general population is facing a huge financial crunch in the middle of the Covid-19 pandemic. 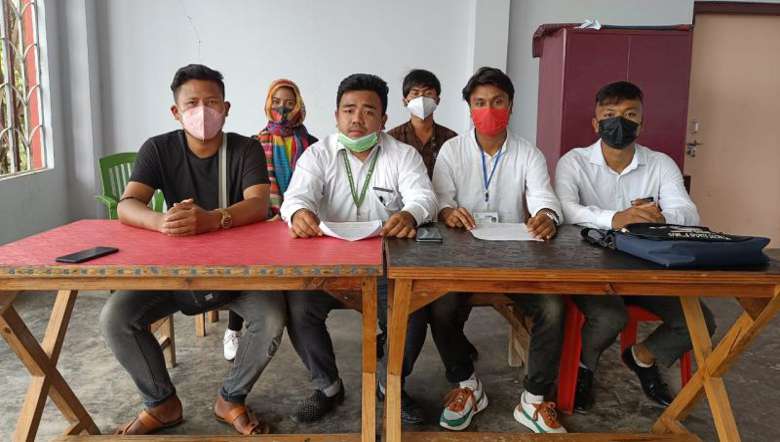 A Joint forum of students’ unions from 12 colleges affiliated to Manipur University (MU) on Sunday boycotted the admissions process of all the colleges under MU in protest against the increasing college fees.

The student's community is shocked to learn that the government has increased the college fees when the whole general population is facing a huge financial crunch in the middle of the Covid-19 pandemic, said general secretary of Imphal College Students' Union Oinam Premdash while speaking to the media at Imphal College, Imphal.

Considering how the pandemic has affected the public in terms of economy and other aspects of life, many colleges under other universities are decreasing the fee structures, he said adding on the contrary the state government is increasing them.

He mentioned that the new fee structures include, “fees to be deposited to the government account.”

“We strongly condemn such atrocious acts of the state government. We will never accept the new fee structures,” the general secretary said.

He also demanded the government to omit the cultural fees and sports fees, which are never utilised by the university.

Until and unless the fee structures are rectified as per their demands, they will continue to boycott the admission process, he further said, cautioning that the state government and the Education department should be held responsible for any untoward incidents if they occur.