A master-plan for Jiribam

IFP Editorial: Jiribam had already lost a Bamboo Chipping Plant, and now the stage is set for losing another public undertaking in the district. 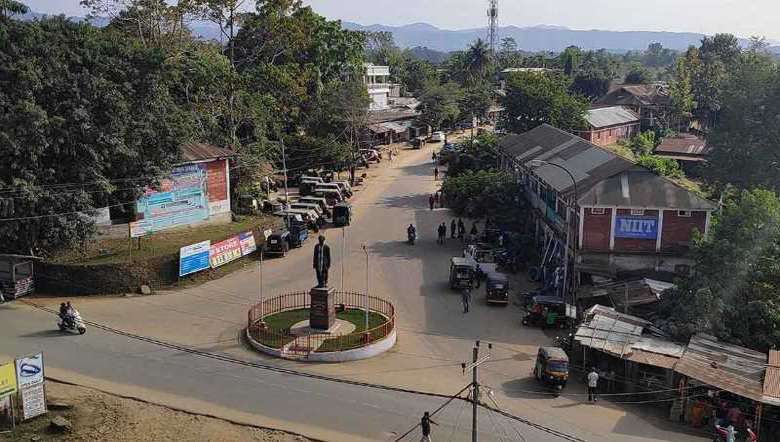 Jiribam should have been on the development radar of the state government long time back, as it is the gateway of Manipur. For long, it had been neglected as a distant border outpost and a part of the Imphal East district till it was converted into a full-fledged district towards the end of Congress regime. Successive representatives, including the Congress stalwart Th Debendra Singh had neglected Jiribam. The real work of connectivity began with the coming of the N Biren Singh-led coalition government. Work for RCC bridges on the Imphal-Jiribam highway over Makru, Barak and Irang rivers were taken up during the present BJP government. Earlier, it was creaking bailey bridges connecting the highway. Union Road Transport and Highways Minister Nitin Gadkari had recently come and inaugurated the Makru Bridge along the National Highway-37. Makru bridge is the first of RCC bridges constructed on the Imphal-Jiribam Highway. RCC bridges over Irang and Barak rivers on the highway are under construction and will be ready soon for public traffic, as according to NHIDCL. Highway projects are always bogged down by land compensation issues and harassment from militant groups. It is for the state to lay down the rule of law and thwart any issue detrimental to the implementation of projects with an iron hand. Now, another good news is that the Jiribam highway is going to be a double lane road and the Centre has sanctioned Rs 480 crore towards payment of land compensation for expansion of the highway. Work for the railway line from Jiribam to Imphal is going on though it has been delayed by certain factors. We hope the state government will extend its full cooperation to the railways so that rail-line construction does not face any hurdle.

Further, the state government needs to draw up a master-plan for development of Jiribam district in a holistic manner. After the state Cabinet agreed to transfer 600 acres of land from the Tea Estate at Jiribam to MANIREDA for development of a 100 MW Solar Photovoltaic Power Plant under the 15th Finance Commission, it came as a shocker to many who had been yearning to bring back to life the dysfunctional estate for many years. Of course, since the land is state’s it can do whatever it choses for putting it to good use. Jiribam had already lost a Bamboo Chipping Plant, and now the stage is set for losing another public undertaking in the district. After years of successful operation, the Jiribam Tea Estate had been lying unattended for a long period. Reviving the estate in order to bring economic development had been a dream of the people of the district. Established in 1981-82, the tea estate located at Monbung in Jiribam district has a total area of 425 hectare or more than 1000 acres. Fresh tea leaves were sold to estates in Assam’s Jirighat and other areas then. As the profit margin was low in selling fresh leaves, the government constructed a processing unit to export dried and crushed tea leaves in 2000 for augmenting the profit. The estate was successfully providing job opportunities to several educated youths and manual labourers of the district. However, the downfall of the estate began after the management appointed several personnel against the sanctioned posts. Since then, the estate has been deteriorating leading to its present defunct state.

Now, more than half of the land belonging to the Tea Estate is going to be sliced away to give way for the Solar Power Plant. Yes, the state needs clean energy and more power plants without disturbing the environment or ecology. But, it is indeed tragic that such a plant would shatter the dreams of a distant district. Indigenous Assam tea was discovered in 1823. Since the early part of 19th century, discovery of ‘wild’ tea plants in Assam, Manipur, Mizoram, Myanmar, Thailand and upto South Vietnam and Laos indicates that this part is the original habitat of tea plants. The tea tracts where the so-called “wild” tea was discovered were almost certainly clumps of cultivated tea abandoned by the migratory hill tribes.