Moves on the chessboard

IFP Editorial: Not only it requires a detailed examination, the proposed ADC bill 2021 encroaches upon the Union list. So, it naturally needs vetting by the Union government. 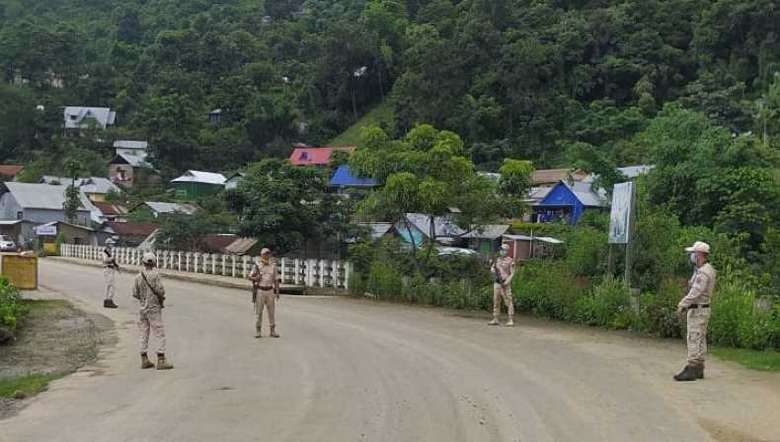 As state assembly elections are knocking at the door, political moves to re-live the hill-valley divide has started once again. The recent move by Hill Areas Committee of the Manipur State Assembly in proposing an amendment of the autonomous District Councils Act is one such move on the geo-political chessboard. In March 2017, as the BJP-led coalition government began its innings Chief Minister N Biren Singh declared that his first mission would be ‘Go to Hills’ to assuage hurt feelings and bridge the hill-valley divide. He took hill based organisations into confidence and ended the 650-day-old Churachandpur debacle and succeeded to a great extent in creating a bandh blockade free environment in the state for the first time. Cabinet meetings were held in the headquarters of hill districts to discuss and decide on region specific issues and problems. As he travelled to hill district headquarters and the hinterland as a part of the Go to Hills mission, he was received warmly by the hill people and with adulation, much to chagrin of a few hill based CSOs and the underground. In an effort to bridge the development gap, he managed to convince the central leadership to introduce topographical need based investment for the hills in the development sector and Tamenglong district became the first beneficiary. All this has come to naught. Communal hatred had once again raised its head once again over the controversy surrounding Mt Koubru and National Sports University complex at Haraothel while coalition partner Naga Peoples Front are demanding more space.

The most recent move of the Hill Areas Committee has kicked up quite a furore. As the state government sought more time to examine the proposed amendment of the ADC bill giving wide ranging powers to the autonomous district councils, HAC Chairman K Leishiyo of NPF and members went ahead by placing the bill in the public domain by calling a press conference. The Manipur Tribal Affairs and Hills Minister Vungzagin Valte assured in the assembly that he will place the Manipur (Hill Areas) Autonomous District Councils Bill, 2021 before the state cabinet and appealed to the state tribal communities to have faith in the due process of law and the present BJP-led government. Minister Valte had requested for sufficient time for its detailed examination and review as the proposed ADC Bill 2021 is a complex matter which requires clarification from relevant departments. The plea failed on deaf ears and the All Tribal Students Union, Manipur (ATSUM) went ahead with a 24 hour bandh in the hill districts demanding that the bill be passed by the state assembly. Not only it requires a detailed examination, the proposed bill encroaches upon the Union list. So, it naturally needs vetting by the Union government. There is also the fact that a law passed by the Parliament cannot be amended or repealed by any other authority other than the Parliament.

As much as ATSUM and other hill based organisations besides HAC members swear that the proposed bill is aimed at equitable development of both hill and valley, they are strangely silent on the issue of NSCN (I-M) threat to RTI activists seeking details of utilization of funds under the various Autonomous District Councils. Earlier, we had written about the leakages in development funds sanctioned through the ADCs. While ATSUM is talking about ‘a sinister design to divide the tribals’ and trampling on tribal rights by the state government by postponing ADC elections, it had not said anything about the leakages or the threat to the RTI activists. We sometimes wonder whether it has contemplated on the issue of leakages of development funds poured through the ADCs in the last few decades whether there is an elected body or not. Another basic question is why the hill based militant groups should be afraid of RTI questions regarding implementation of development projects under funds provided through ADCs in Manipur. Well, what is the ATSUM’s or for that matter ANSAM’s take on this issue? Why are these student bodies silent on this issue?