The building construction of the nursing school and hostel at Duigailong village in Tamenglong district headquarters, which was initiated a decade ago, lies abandoned today.

Several infrastructural development projects have been launched in Tamenglong district in recent years. Some projects are ongoing, while some are lying abandoned despite funds being sanctioned by the government. The building construction of the Rs 10.56-crore nursing school and hostel at Duigailong village in Tamenglong district headquarters, which was initiated a decade ago, lies incomplete and abandoned today.

When the Imphal Free Press visited the nursing college construction site, it was learned that the construction work was abandoned a year ago.

According to official sources, the construction work of the GNM school (General Nursing Midwifery), Tamenglong was initiated under the Central sponsored scheme in the year 2010-2011, with the Manipur Tribal Development Cooperation as the work agency. However, the ground leveling works began in early 2014. But the construction was halted for a few years and resumed on January 19, 2019, which was halted again in 2020.

During the site visit, it was also found that low quality bricks were used in the construction of the hostel building. 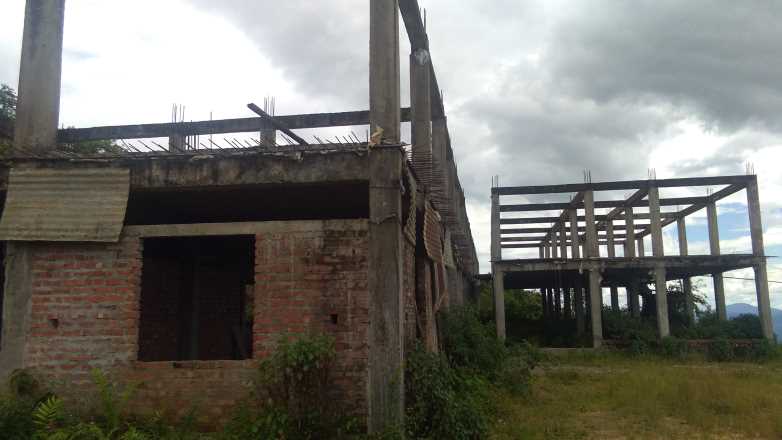 When contacted, highly reliable sources said that the construction of the GNM school with a total project cost of Rs 10,56,62,000 was started with an initial amount of Rs 5,00,00,000 sanctioned by the state government. However, the work has been halted for nearly two years reportedly due to scarcity of state funds after achieving 60 per cent of physical work progress, the sources said.

It may be mentioned that due to the lack of a nursing school in the district, many people from Tamenglong district go to other places to pursue nursing by spending huge amounts of money despite the poor living conditions.

If the building construction work is completed and the nursing college starts functioning, the lone health institution in the district headquarters, District Hospital Duigailong, Tamenglong may no longer face shortage of nurses. According to the health department sources, the district hospital suffers from lack of healthcare and other hospital staff, apart from other infrastructure.

It may be pointed out that due to the poor health infrastructure in the district, the common people in the district, especially in remote villages, continue to suffer, and the voice of the public remains unheard. 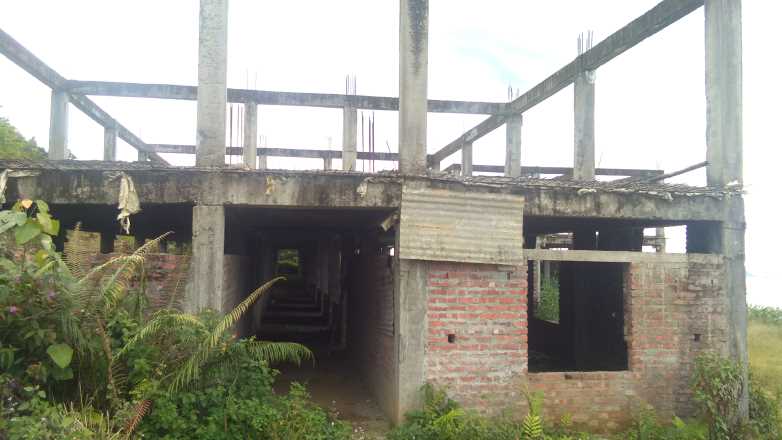 But, why was the construction work of the nursing school abandoned midway? One reason may be due to lack of people's representatives from the district in the state assembly or majority of the civil bodies remaining mute spectators.

While the reason for abandoning of the construction work mid-way is not clear, it may be mentioned that 53-Tamenglong Assembly constituency has been lying vacant for the last one year after the exit of local legislator Samuel Jendai. The state BJP-led government is yet to conduct an election to fill the vacant post till date.

It may also be mentioned that the construction of a polytechnic college at Khangchiuluan village in Tamenglong district also stopped three years ago.

The construction work of the Industrial Training Institute Tamenglong is also lying abandoned. The huge amount of sanctioned money by the Central and state government has not been serving its purpose due to non-completion of required infrastructure in Tamenglong district of Manipur.

In view of the staggering progress of devlopmental works in the district, all concerned citizens and leaders, together with the district administration, must see to the speedy and proper implementation of all ongoing development works in the interest and welfare of the people in the district.