The chemistry of wines, beers and spirit

Why do we get tipsy after consumption of alcohol? Why is gin paired with tonic? Read on to know more. 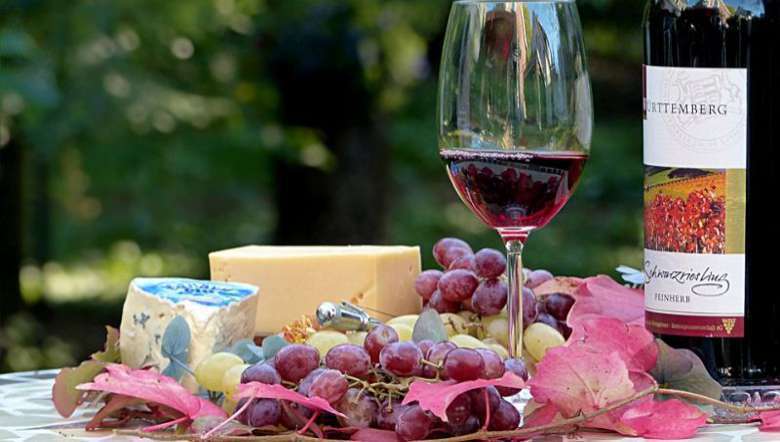 Alcohol has been around with human beings for as long as 13,000 years, with beers and wine residues being found in archaeological sites on multiple continents. And it’s not surprising because the moment you take any resource of sugar and water and just give it time, ethanol (also known as ethyl alcohol) will be produced with near certainty. The alchemist in this process is a tiny, single-celled microbe called Saccharomyces Cerevisiae that breaks starches and sugar into ethanol and carbon dioxide. In the wild, yeast is everywhere. It’s on the skins of grains, fruits and vegetables. It lies, waiting for fruits to ripen, soften and release sugar for fermentation to happen. Fermentation is the natural process of decomposition of organic materials containing carbohydrates whenever yeast is available. Yeast is a vegetative microorganism that lives and multiplies in mediums containing carbohydrates – particularly simple sugar. It has been found throughout the world including frozen areas and deserts. The blackened banana that went to mush in your kitchen counter- it probably has anywhere from 0.5 to 1 per cent alcohol by volume. Of course, wild fermentation is uncontrolled and unpredictable because the yeast has to counter with several other microbes- both good and bad bacteria and pathogenic fungi (the hairy ones). So, when human beings figured out that grape juice left to itself for a while turned into a pleasantly heady experience that they rather enjoyed, they started tinkering with the conditions. And this was born of the great culture and tradition of brewing.

Semantically speaking, fruits are fermented into wine and grains into beer, although this distinction can vary depending on which part of the world is in. Hard liquor like whiskey, Vodka, Gin and Rum is produced by the addition of another step after fermentation to increase the concentration of alcohol called distillation. The principle of alcoholic distillation is based upon the different boiling points of alcohol (78.5 degree Celsius) and water (100 degree Celsius). If a liquid containing ethyl alcohol is heated to a temperature above 78.5 degree Celsius and below 100 degree Celsius and vapor coming off the liquid is condensed, the condensate will have a higher alcohol concentration or strength. A spirit is an alcohol beverage containing ethanol. For a liquid to be deemed a spirit is that it must be at least 20 per cent alcohol by volume (ABV) and contain no sugar. By adding sugar, flavor or other additives creates a spirit called liqueurs. Fermentation ceases at around 20 per cent ABV which is why all beers and wines have ABV’s less than 20 per cent. Common spirits are Tequila, Rum, Vodka, and Whiskey. Within these common type spirits are multitudes of styles, brands and flavor. Alcohol, which is best defined by National Council on Alcohol and Drug Dependence (NCADD) and American Society of Addiction Medicine (1992) as a primary, chronic disease with genetic, psychosocial and environmental factor influencing its developments and manifestation. Despite the relatively booze- unfriendly culture in our part of the world, alcoholic drinks have been brewed in India for millennia. For example, Feni made by fermenting cashew apples and then distilling it to produced a strong 40-45 per cent alcohol by volume liquor. Today a mildly alcoholic drink made from the fermented Sap of Pal, tree, yields the more potent Arrack when distilled.

Why do we get tipsy after consumption of alcohol?

According to researchers, here is what happens when we drink something with alcohol. According to them, ethanol by itself taste sweet because it binds with the same receptors as sugar but it also causes a burning sensation. Do you remember what happens when you eat chilies? The Capsaicin molecules binds with receptor that detects heat and fools your brain into thinking your mouth is on fire. Alcohol binds with the same receptor- thus the burning sensation in your mouth and throat, particularly when you drink hard liquor. But it also does something more interesting. It makes the receptor more sensitive and causes it to trigger the brain at a temperature that is slightly lower than our body’s normal temperature of 37 degree Celsius. This has the effect of our brain starting to literally feel the heat of our own body! It’s not that alcohol, it’s our own body heat. And because ethanol ends up blocking these receptors, actually spicy foods will taste relatively bland, which is why bar snacks tends to be quite intense to compassionate.

Why is gin paired with tonic?

According to experts, the sweetness of alcohol also pairs well with sour and bitter flavors, which is why gins and tonic works. We would never be able to tolerate those bitter herbs otherwise. Another thing ethanol does is mess with the production of a hormone called Vasopressin which is responsible for helping your body retain water by uncontrol ling the kidney’s functioning. So, when Vasopressin is not produced, your kidney simply let water go, which is why most bars needs extra washrooms. This is also one of the reasons you get a hangover, it’s mostly dehydration. Experts further says, if you have had a couple of glasses of wine, there’s good chance  that some of the ethanol has reached your brain- and because it’s a super-tiny molecule that  loves reaction with fats, it gets through the blood- brain barrier with great ease  and manages to mess with the way nerves communicate with one another. When that happens, your hand-eye coordination suffers, a condition we colloquially term” tipsy’’. It also affects the functioning of the part of the brain that deals with self-controlled and inhibition, a phenomenon we are familiar with from the behavior of middle -aged uncle at wedding parties.

Why beer-battered; ‘’ Pakodas’’ are the crispest?

Alcoholic drinks can also play a seller role in your kitchen. Beer, which tends to contain anywhere from 3- 10 per cent alcohol by volume is simply not boozy enough for this purpose though. According to legendary chef and culinary Julia Child, you can still use beer in your cooking as a souring agent because it is acidic. The fizziness is also useful in making the crispest possible POKODAS. Just use beer instead of water when making the batter. You can also use soda water if you don’t want use beer, according to her. Wine is a fantastic cooking medium. The grape juice flavors add complex sweet- sourness while the alcohol, a better solvent than water, helps extract more flavor molecules from spices. When use in gravies, most of the ethanol evaporates by the time the dish is cooked, so you don’t have to worry about getting drunk from aloo Gobi gravy you just made. You can also use a tablespoon of hard liquor like brandy or rum, especially when deglazing the bottom of the pan, to liberate all those deliciously browned products of the Maillard reaction.