Manipur receives good rainfall and several places in the valley area are considered flood prone and hill areas suffer the problem of flash floods and heavy landslides every monsoon season. 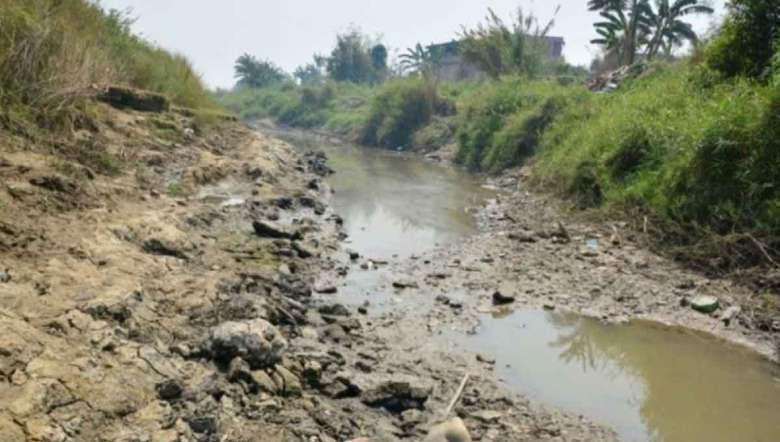 Can groundwater exploration, apart from water harvesting strategy, serve to ease the problem of acute water scarcity in Manipur during the dry season?

Manipur in recent years is one of the states in India hardest hit by water stress, a global problem, which is getting worse by the year. The state faces acute water scarcity during the lean season–February to May– every year. Every district in the state faces the same problem. In view of the recurring water scarcity problem in the state, experts suggest exploration of groundwater with a sustainable approach as an option to address the water problem faced by the people across the state every year.

Till today, several parts of Manipur, endowed with rich natural resources, largely depend on its water bodies for the water needs of the people. Apart from it, the state receives good rainfall and several places in the valley area are considered flood prone and hill areas suffer the problem of flash floods and heavy landslides every monsoon season.

The mean rainfall in the state is around 1518.36 mm which means Manipur receives a “very handsome rainfall”, according to the Directorate of Environment and Climate Change, Manipur.

However, the impact of climate change which the world is witnessing today causes drought-like situations in the state every year during the period February to May. The impact of climate change also causes erratic rainfall and intensifies evaporation level that results in the depletion of surface water. Besides this, deforestation in hill and catchment areas is another matter of concern as it leads to flash floods due to heavy rainfall during the monsoon months and drought in the dry season.

Despite the impact of climate change, considering the amount of good rainfall that the state receives every year, the problem of acute water scarcity can be addressed. What needs to be put in place is effective water management policy by the state government, experts say, urging the government to take swift action on it.

However, like in other states, experts in Manipur opine groundwater as an alternative source of water in times of water scarcity in the state whose valley area is predominantly a vast wetland.

“The state doesn’t have a high potential of groundwater due to its geographical setup. But there are some particular areas where there is rich availability of groundwater. From those places, groundwater can be explored without causing any environmental harm and can be used as a supplementary source at the time of water scarcity,” said geophysicist Keisham Rajen Singh speaking to Imphal Free Press.

Rajen said that good quality groundwater with high volume of discharging level is not available anywhere in the state due to its geographical set up. As such, a survey needs to be conducted before exploring groundwater, he said, adding random exploration would be a waste of time, energy and money, he said.

When probed further about potential areas of groundwater in the state, Rajen said that compared to hill areas, valley region has more potential. As per survey conducted by the Public Health and Engineering Department in 2000 covering 70 per cent of the valley areas, the department had identified some areas with high potential of groundwater.

Aquifer tests revealed excellent aquifer characteristics, he said, adding that Imphal valley could be considered “hydro-geologically” as a continuous aquifer of “semi-elliptical” shape on the basis of field observations, drilling works, pumping tests and in particular the monitoring sessions.

Water in such potential areas can be explored and stored methodically for sustainable use whenever there is shortage of water in the state, he suggested.

However, the expert underlined the fact that strong political will is required for proper water management. To prevent over exploitation of groundwater, a board instituted by the state government is needed for issuing guidelines and monitoring of the water exploration work.

Mentioning the legal aspect, he said that the Central Ground Water Authority (CGWA) under the Environment Protection Act, 1986 can issue guidelines to the states in connection with accessing groundwater. But even before the formation of the CGWA, in 1970, a Model Bill was circulated by the then Union Water Resources Ministry to the states. It was updated in 1992, 1996 and 2005.

The latest model bill of 2005 mandates the formation of a Ground Water Regulation Authority under the control of the state government, Rajen added.

“Maximum states of India have been utilizing groundwater and some states reported over exploitation and depletion of groundwater. However, in Manipur groundwater could be consider in virgin stage as this resource is not untapped yet. Considering the prevailing scenario of water shortage, the state can make arrangements for water supply from this source. But it should be explored in view of not exploiting it and causing any environmental and health implication to consumers,” he stated.

On the water quality, he said that the groundwater quality in some places is really poor. But the problem of quality can be solved by water treatment. “We have heard about using sea water in some countries by proper treatment method. For states, it is about contamination of some minerals so it is not a big deal,” he commented.

He also said that auxiliary data of the state for groundwater survey is already available. It would not be a difficult task if the state wanted to start exploring groundwater as one of the water management policies of the state.

Speaking to the Imphal Free Press, deputy director, Environment and Climate Change, T Brajakumar Singh said that the state experiencing water shortage during lean season from February to May has become a normal issue. The reason behind it is the deficit or delay in pre-monsoon rainfall. Besides this, improper rain water harvesting is another reason that leads to acute shortage of water during this period as the state receives good rainfall every year.

Commenting on accessing groundwater, he said that the state has the potential of groundwater in some areas. But while tapping this water source, precautionary measures should be taken to prevent from depletion, as depletion of groundwater affects surface water.

Brajakumar further pointed out that aquifers and underground water are depleted faster than recharge rate. As such, there is a need to think about setting up a recharging point whenever there is discharge of water from underground. For this, geological mapping, scientific study is highly necessary before setting up any groundwater management plan.

The Environment and Climate Change official stated that spring and catchment areas are natural recharging points of ground water. But these are drying up and hence deforestation should be discouraged to prevent such consequences that affects the ecology and further results in devastating effects on the lives of the people in the state.

During a visit to the village, villagers of Leikinthabi told the Imphal Free Press that groundwater is the main source of water for every purpose starting from domestic to drinking purposes. Some of the households have tap water connections but majority of them still rely on groundwater.

One of the residents, Longjam Amubi said that at one point of time, they draw water from the well but nowadays it has been replaced by hand pumps and tube-wells. She also pointed about the quality of water and said that hand pump water is contaminated with minerals and has a strong stench.

Groundwater depletion and its adverse impacts

Exploitation of groundwater in Manipur

Could groundwater be a sustainable alternative for water needs in Manipur?