Drying up of natural water sources has led to shutting down of several water supply plants in Manipur which has numerous water bodies. 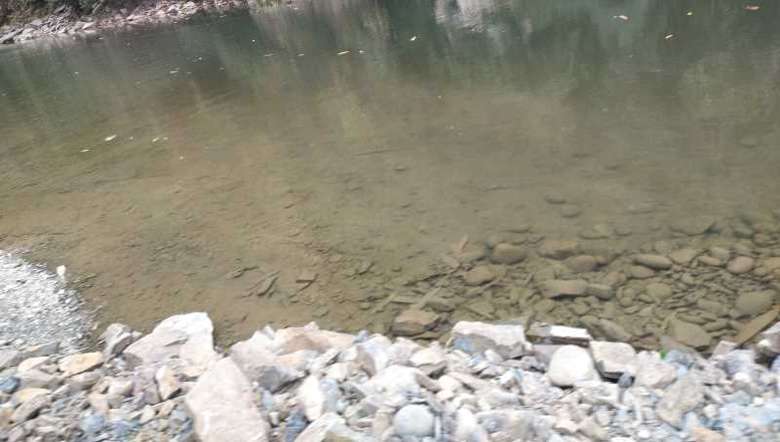 Water sources is increasingly drying out mainly because of human intervention in the natural environment. One of the major factors for water scarcity is the ever-increasing population pressure on land. Manipur too is faced with the problem of water scarcity and many localities in the hills and plains are struggling for potable water as drying up of water sources has led to shutting down of several water supply plants in the state. Amid the concern, sustainable water managment remains the only viable solution to address the problem of water scarcity in the state.

Manipur recieves good monsoon rain almost every year which helps to maintain its surface and groundwater sources. However, climatic change, deforestation and illegal sand mining in river beds have resulted in the drying up of several rivers. The situation is so acute that many of the water supply plants are compelled to shut down.

Non-availability of water for use in greater Imphal areas is mainly due to the drying up the two main rivers flowing through the area. The volume of water in the Imphal river and Iril river has receded drastically. Owing to it, there is a great difficulty in drawing up raw water for treatment.

The water level of Singda Dam has also fallen. On account of the fast-depleting water level, Singda water treatment plant is unable to supply normal volume of potable water to the reservoir of Iroishemba, Cheiraoching, Lalambung and Langol.

There is no solution in sight until the water volume in the main water sources improves. If there is no rainfall in the coming weeks, the state is likely to face water crisis.

Apart from the monsoon rain, surface water and groundwater still remains main water sources in Manipur which has numerous wetlands and water bodies.

As per land use data, total water bodies of the state make up about 65 per cent of the total land coverage.

But now, the surface water sources in Manipur such as wetlands, lakes, ponds and rivers have been alarmingly drying up. The water from these sources cannot meet the requirement of the state in sustainable development.

Moreover, drying up of springs and streams in the surrounding barrel hills and mountains are evidence of deforestation and shifting cultivation in the catchment areas. These water sources are the key drivers of economic, social development and basic function in maintaining the integrity of the natural environment of the state.  As a result, some areas are now in a perpetual state of water scarcity.

The state receives good summer monsoon every year, but there is wide variation in water spread during pre-monsoon and post-monsoon, except Loktak Lake which water level is kept constant to run the existing hydro-electric project.

During monsoon, the valley areas are prone to flood situation. Every year, floods damage properties and lives in the valley. But the problem of water scarcity becomes acute during the dry season in both the valley and hilly areas, as the groundwater level too is fast depleting.

The groundwater table of the state is reported at 2-4 meter below ground level in valley whereas for the hill and foothills areas it is reported as 4-5 meter below ground level. Owing to clayey nature of formation in the top aquifer, development of groundwater source is not considered promising on a large scale for water supply either for domestic or agricultural purposes. However, it can be exploited for local water supply through open wells, bore wells and tube wells.

At the same time, water carrying capacity of the earth in general and the state of Manipur in particular turned vulnerable with growing exploitation as the increasing population attempt to meet their water needs beyond replacement. The natural water course or flow is increasingly exploited and disturbed due to an expansion in human settlement, extension of land for agriculture, especially shifting cultivation in the hill areas of Manipur, concrete work on earth surface such as road construction and railway construction.

Water recharging is inadequate due to the shortfall in rain but also the soil is unable to absorb and retain water sufficiently, partly due to concreted or cemented land development work in urban areas. Unfortunately, the groundwater condition in some districts of the state is reportedly arsenic.

Manipur falls under high intensity of rainfall area of Northeast India during monsoon and eventually surplus water too, however there is ever increasing demand of water in the lean season from demographic, economic and climatic pressure.

Manipur lies in the catchment area of two river system, namely Ganga-Brahmaputra and Chindwin-Irrawaddy river system and the rivers are having deep narrow ”V” shaped valley. But all the rivers system of Manipur remains dry except Barak River, Manipur River and her tributaries during the lean season. Deforestation in the river catchment area of the state because of forest fire for shifting cultivation and gathering of firewood for fuel also leads to draining of rain water in the river after the rainfall.

Every year, Manipur faces severe flood condition during rainy season and drought-like situation particularly in the months of February-May due to depletion of raw water at source and drying up of all the water bodies like ponds, lakes, moats etc. The problem is further aggravated due to climate variability, as a result, the state is also facing erratic monsoon for the past few years resulting in shortage of water supply every year.

In the last two decades, the state has been witnessing various environmental degradation due to some ascertain anthropogenic cause in the catchment area and river courses, including mass deforestation for Jhumming in the river basin as well as some portion of the valley. The impact of Jhumming is not felt by the mass for lack of awareness. It is evident that deforestation is leading to a number of ecological catastrophes such as heavy landslides, flashfloods and degradation in the hills and causing major health hazards to the people of the state. The entire water basin environment of the state gets disturbed due to injudiciously cutting of valuable trees in the upstream. As a result, there is scarcity of water for agriculture, drinking and other domestic purposes in the river basin.

Today, rivers in Manipur are in critical situation to fulfill the water requirement and in maintaining the ecological balance in the basin and other adjoining areas. All the user communities in the river basin area should adopt a regulatory sustainable policy for water management - a model which ensures conservation and optimum utilization of water resources for sustainable development in the river basin in the state.