The Manipur Pradesh Congress Committee also demanded that the state should approached higher court to seeking review of all the drug seizure cases disposed by the lower courts within a specific time frame. 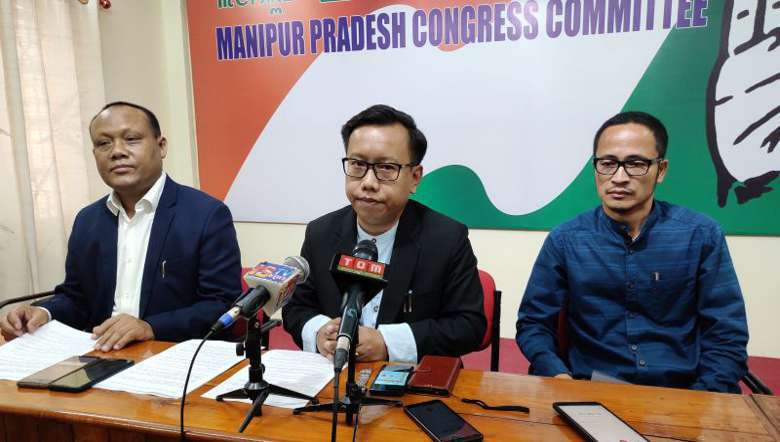 The MPCC also demanded that the state should approached higher court to seeking review of all the drug seizure cases disposed by the lower courts within a specific time frame.

Following a public statement made by BJP MLA and deputy chairman of Manipur State Planning Board L Rameshwar in connection with drug menace in the state, MPCC spokesperson Ningombam Bupenda raised several questions in a press conference held at its office, Congress Bhawan BT Road on Tuesday.

Despite being a BJP MLA, Rameshwar made an opinion on ‘absence of sincerity of some ministers, MLAs and police officers in combating drugs related crimes in Manipur’, said Bupenda.

Rameshwar’s public statement was a “sincere revelation” of the truth about the ongoing failure of the “war against drugs”, he said, adding the revelations worthy of appreciation.

Bupenda said that revelation of such truths by the BJP’s own MLA has created an eagerness among the public to know who the ministers and the MLAs are, and police officers involved in drugs related crimes.

“The present BJP-led coalition government in Manipur had recently celebrated its so-called four years of citizen-centric governance; however, the drugs menace and crimes have been destroying lives and to erase the future of our people and youths, both in hills and valley of the state,” he added.

“How is it a citizen-centric governance when the BJP government has not transferred a single case of drugs related crimes to the CBI in the last four years?” Bupenda questioned.