The total shutdown was imposed in connection with the arrest of three ATSUM leaders on Monday night by Manipur police over the democratic agitation of ATSUM against the delay of ADC Election in the state.

The hill districts emergency total shutdown called by ATSUM and supported by KSU and ANSAM was effectively carried out in hills district of the state.

The total shutdown was imposed in connection with the arrest of three ATSUM leaders on Monday night by Manipur police over the democratic agitation of ATSUM against the delay of ADC Election in the state.

Co-opted by the TKS, the shutdown was carried out in full swing by the volunteers in Ukhrul district headquarters Tuesday as government offices, vehicular movements, commercials shops and even educational institutions remained shut, following the emergency hill districts total shutdown.

Other than medical emergencies and media persons, people’s movement was totally restricted.

Dismayed by the state government's alleged lackadaisical attitude in announcing the ADC elections notifications, the apex bodies of the tribal students' union had resolved to pitch and fast track their long pending charter of demands by resorting to picketing of government offices and mass rallies.

No untoward incidents were reported till the time of filing this report.

Normal life and daily functioning in Moreh and Churachandpur was hugely affected by the, total shutdown.

As in most other hill districts, Kuki Students' Organization (KSO) came in support of the bandh.

In Moreh town, KSO-Moreh block announced their support at 10.40 am of the day since the call for the bandh was made rather abruptly. The actual shutdown and bandh started around 12-noon giving time for offices, educational institutions, students and the general public to return to their respective homes.

KSO volunteers blocked roads and all offices, shops, business establishments while educational institutions remained closed. The volunteers also enforced the bandh along the Moreh-mphal road and no vehicles were seen plying on the highway. 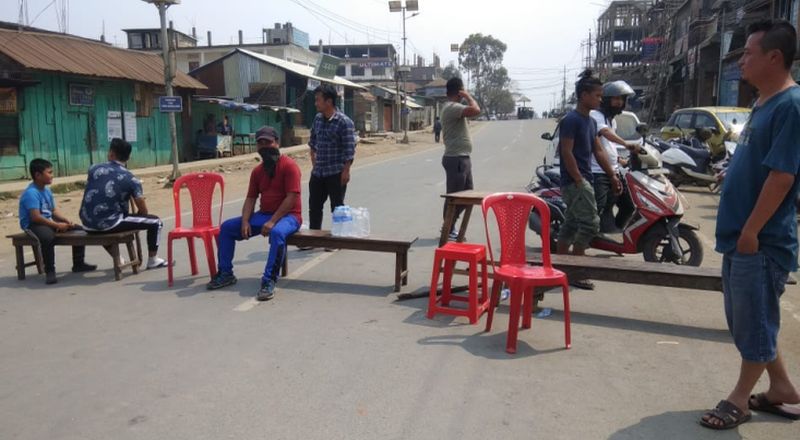 In Churachandpur town, KSO-Churachandpur stepped up to enforce the total shutdown with volunteers blocking Tiddim road.

Normal life particularly in the Tuibuang area was disturbed as schools, shops and offices shut down for the day. However, essential services like Ambulance and medical shops were allowed to operate.

As the sudden call of the bandh was made late in the morning of Tuesday, schools were already opened which created problems for parents when the actual bandh started around the middle of the day.

President of KSO- Churachandpur NJ Haonao Baite said that the shutdown was called against the government’s alleged apathy, and for arresting ATSUM’s leaders in their attempt to suppress its peaceful and democratic form of protests.

The agitation will continue till all the three leaders are released, he said, appealing for public support.

Meanwhile, the DC of Churachandpur issued an order in the afternoon today, asking all shopkeepers to keep their shops open while promising security. In retaliation, KSO warned that those opening shops will solely be responsible for their action in case of any eventuality.

The shutdown was total and peaceful at both Moreh town and Churachandpur, and there was no news of any untoward incidents till the time of filing these reports. 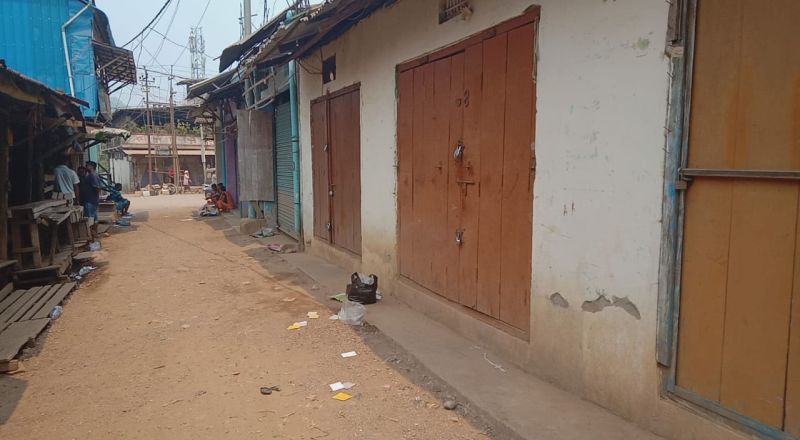 Meanwhile, the emergency shutdown imposed by All Tribal Students' Union Manipur (ATSUM) from 10 am this morning was enforced in Kangpokpi district by KSO Sadar Hills and other student's bodies of the district.

Volunteers of ATSUM shutdown restricted movement of inter-state passenger buses and loaded trucks along the highway at Gamgiphai. However, the stranded vehicles were reportedly released in the afternoon.

No untoward incidents have been reported from the district till filing of this report.

Business establishments were also seen closed at Kalapahar, Keithelmanbi, Saparmeina, Motbung, etc., while some were seen opening the shops later in the afternoon.

However, business establishments in Kangpokpi town were open throughout the day while district police were seen monitoring the highway and movement of vehicles were seen like a normal day despite the shutdown. 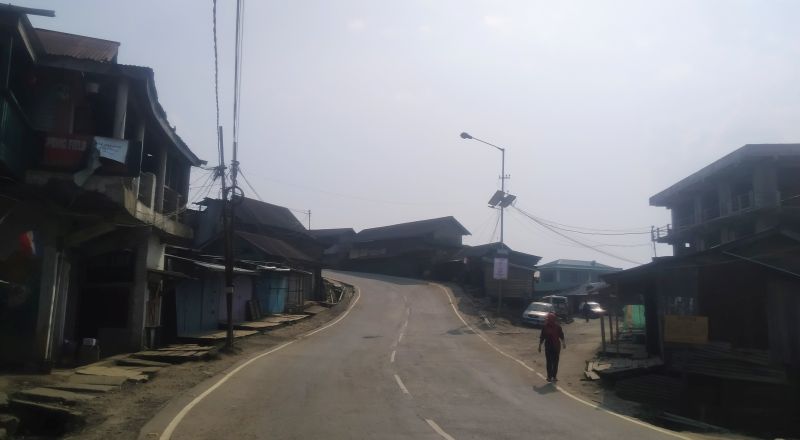 Although the shutdown partially affected normal life in the district, there was lesser movement of vehicles especially inter-state passengers buses and loaded trucks compared to other days.

General secretary, KSO Sadar Hills Thangtinlen Haokip said that the ATSUM shutdown will go ahead on Wednesday as well but exemption will be made for Hun goers.

He said that the Hun Committee had requested the ATSUM to exempt Hun goers tomorrow as the Thadou biggest cultural festival will be celebrate on Wednesday at Kangpokpi district headquarters, adding that with the permission of ATSUM, Hun goers from various districts of the state will be exempted from the purview of the shutdown tomorrow, considering the importance of the festival and sincere request of the Hun Committee.