The persecuted citizens are likely to seek refuge in the neighbouring states of lndia, including Manipur, the Civil Society Coalition for Human Rights in Manipur and the United Nations (CSCHR) said. 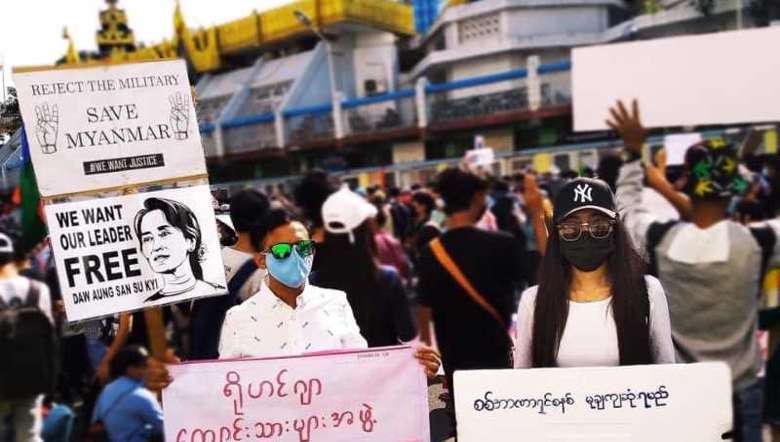 The Civil Society Coalition for Human Rights in Manipur and the United Nations (CSCHR) has appealed the Government of lndia as well as the Government of Manipur to take a principled position as a democratic country upholding the rule of law and universally recognised human rights and come out with an open policy or decision to deal with the humanitarian crisis in Myanmar.

CSCHR said in a statement that it will be in the long-term national interest of lndia as well as larger cause of humanity to respect the human rights of the persecuted Myanmar nationals by opening up temporary camps in the border areas and to provide food, shelter, basic health care and other amenities. “This noble gesture will be lauded by the world and lndia will prove itself as a matured democracy,” it added.

Following the recent military coup in February 2021, the raging public protests have been met by unprecedented brutality by the military regime, the CSCHR statement read.

CSCHR also stated that the protest however, did not dampen despite the repression. “Understandably, the persecuted citizens are likely to seek refuge in the neighbouring states of lndia, including Manipur,” it added.

At least five Myanmar nationals are currently undergoing treatment of bullet injuries in government hospitals in lmphal. “According to reliable sources, thousands of Myanmar nationals have already sneaked inside Manipur through the porous international border. This is likely to continue as the situation is escalating on the other side of the border,” CSCHR stated.

lndia has moral, constitutional and human right obligation to protect them, it stated.

CSCHR further stated that the protection of Right to Life under Article 21 of the Constitution of lndia is not confined only to the lndian citizens; but it is also available to "all persons". “ln a catena of judgements passed by the Supreme Court of lndia and High Courts, the human right to seek refuge has been well established and settled as the law of the land,” it pointed out, adding, “Even though lndia is not a signatory to the UN Refugee Convention, Article 14 (1) of the Universal Declaration of Human Rights clearly states that everyone has the right to seek and to enjoy in other countries asylum from persecution,” the CSCHR added.