Bandh call by ATSUM carried out effectively in all hill districts of Manipur on Saturday.

Normal life remained out of gear in all the hill districts of Manipur on Saturday following the bandh called by the All Tribal Students Union Manipur (ATSUM).

As the bandh affected the normal life in the Indo-Myanmar border town, shops, markets, banks, offices and other business establishments remained closed. Movement of vehicles was halted by the bandh supporters. Though the student body exempted educational institutions from the purview of the bandh, most of the schools in and around the border town also remained closed. Medical emergency and essential services were allowed to move after prior information from the student body. 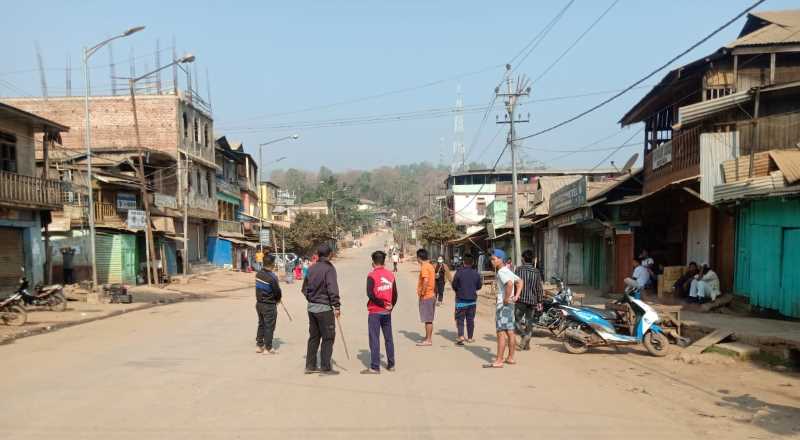 Volunteers of KSO were seen blocking the road at Moreh bazaar, Chikim village, Forest Gate, Haulenphai and various other points along the national highway.

During the bandh no untoward incidents occurred till the filing of this report.

The ATSUM announced 24-hour shutdown call in the hill districts on Friday after a discussion of the union and the state government on March 11 failed to arrive at an understanding or reach a concrete decision over Autonomous District Council elections.

ATSUM information secretary Khaiminlen Doungel stated in a release that a meeting was held between ATSUM and the state chief minister on March 11 at the chief minister’s bungalow following an invitation from the latter.

However, no concrete decision was arrived at even after holding a threadbare discussion on matter pertaining to the impending Autonomous District Council elections, it stated. Therefore, the ATSUM imposed a 24-hour bandh call from the midnight of March 12 as proposed.

ATSUM and its federating unit also resolved to call for an indefinite economic blockade if the state government still fails to notify the date of the election even after the 24-hour total shutdown.

In Churachandpur, the bandh supporters were active at Tuibuang and Rangkai area where tyres were burned in the morning and roads were barricaded. However, the ATSUM’s total shutdown went without any untoward incidents in the district till the filing of this report. 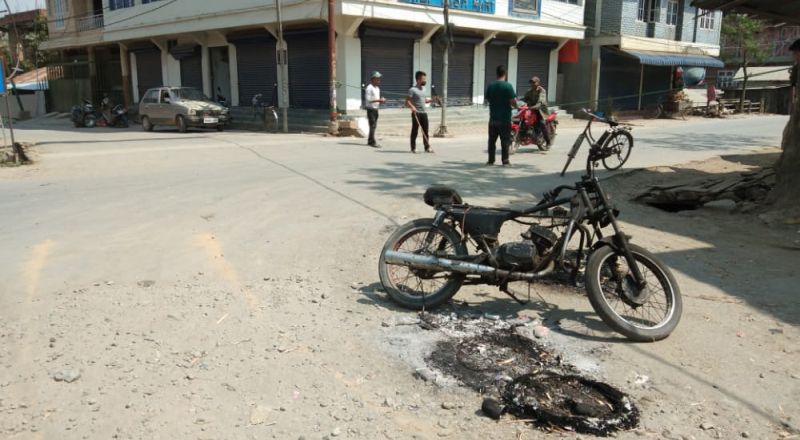 In New Lamka area, petrol pump, ATM booths and shops were opened and vehicles were seen plying but the roads wore a deserted look. 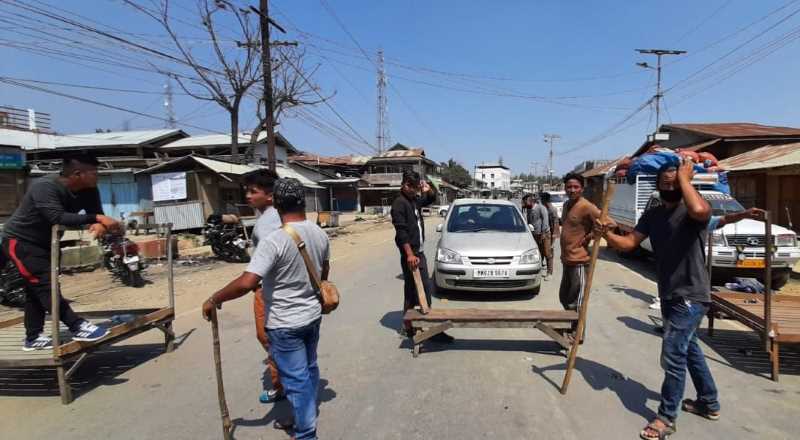 The bandh severely paralysed normal life as inter-state vehicles were halted, all shops and markets were closed, and vehicle movement was controlled by the bandh supporters. However, it ended peacefully in the district. 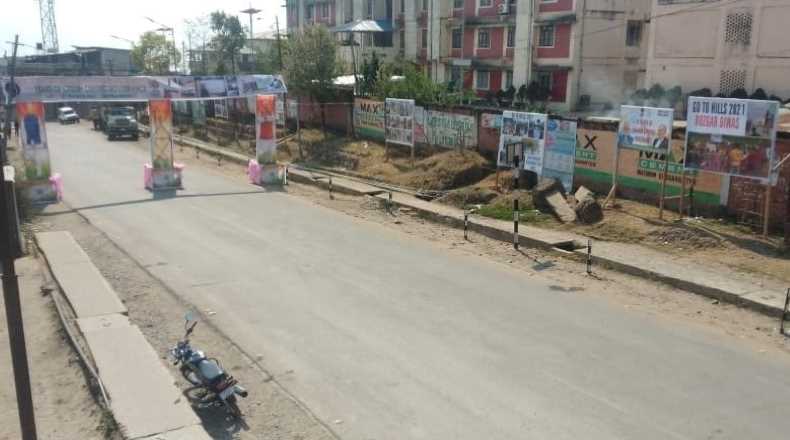 In Ukhrul, the 24-hour bandh imposed by the All Tribal Student Union Manipur (ATSUM) demanding the state government to announce the Autonomous District Council (ADC) election poll has inconvenienced the lives of the district populace as town commercial establishment and vehicular movement remained shut. 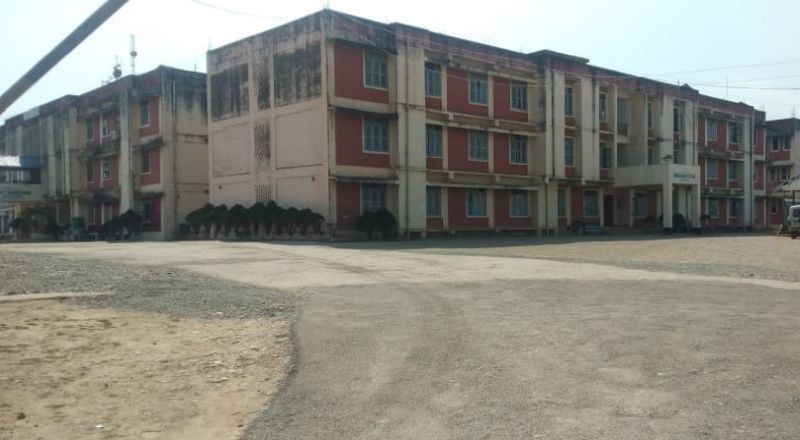 Government offices and educational institutions remained shut. No vehicles were seen plying in the inter villages road other than those with medical complications. However, no untoward incident was reported while filing this report.

In Kangpokpi, movement of vehicles in all the national and state highways, business sector, government institutions, etc were intensely affected by the bandh while functioning of educational institutions, religious matters, emergency services including airport affairs, medical, etc were exempted from the purview of the bandh. 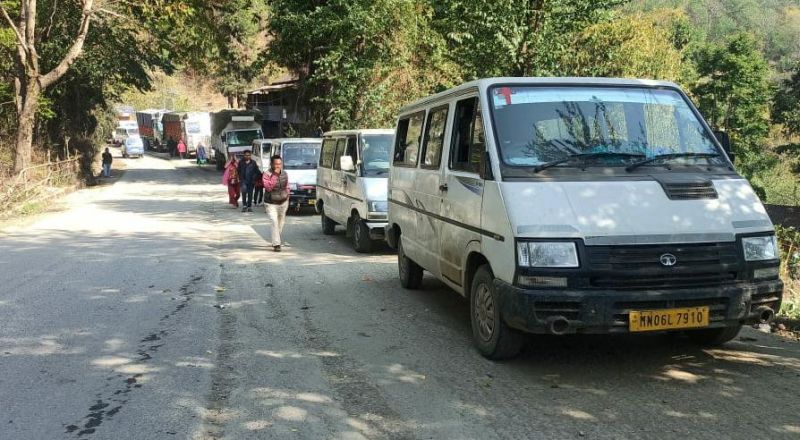 More than 500 vehicles including loaded trucks, passengers, etc were reportedly stranded at Mao gate owing to the bandh. The national highway wore a deserted look as goods carriers, passenger’s buses, and all other vehicles were off the road for the day while business establishments were also completely closed.

Volunteers were seen along the National Highway-2 at a few locations including Gamgiphai, Keithelmanbi and other areas blocking the highway. No untoward incident has been reported till filing of this report in Kangpokpi district.

Meanwhile, the Kuki Students' Organisation (KSO), Sadar Hills expressed gratitude to all the supporters and volunteers for rendering maximum cooperation during the bandh while conveying that it will endorse and continue support to ATSUM in its movement for tribal welfare.

Meanwhile, the Kuki National Organisation (KNO) on Saturday expressed deep concerns and serious objections to ATSUM’s 24-hour bandh scheduled to begin from midnight of March 12 and other projections in the future related to the issue of ADC elections

It would serve best the interest of all concerned if ATSUM where to focus, as a student organisation, in matters more academic and cerebral, rather than issues of electoral politics, a release issued by secretary, information and publicity Thangboi Karong stated.

The chief minister had categorically stated that ADC elections for all hill districts need to be conducted, it stated. “The largesse demonstrated by him is outstanding and needs to be supported. It is better that the ADC elections are thoroughly planned to be held in every hill district, rather than at the former ADCs only as intended by ATSUM, which will deprive the districts presently without ADC such as Noney, Pherzawl, Tengnoupal, and Kamjong,” it stated

Inclusivity of every stakeholder, which is the desired objective of the CM, in the interest of equitable development is worthy of recognition, it added.