Law In Motion: Classification of Offences

The logic behind the classification of offences as cognizable is that police needs to act immediately, either to prevent greater harm coming to the society or the victim or to prevent the accused/suspect from escaping and prejudicing the course of justice. 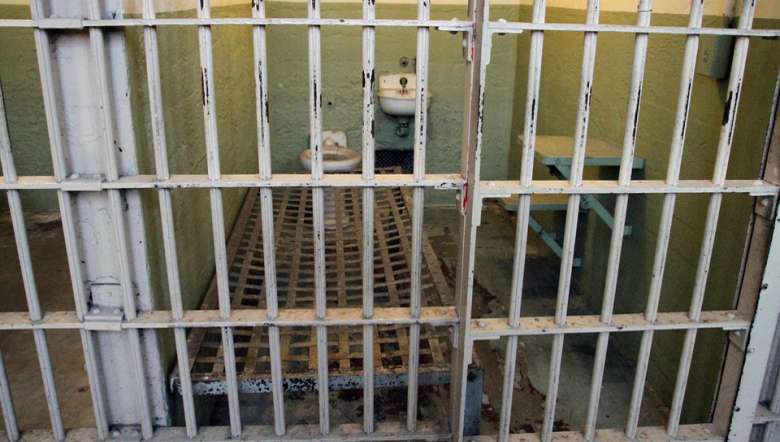 Offences can be defined/categorised for certain local areas i.e., geographical boundaries. These geographical boundaries can be countries or provinces or specific areas. Thus, the Dowry Prohibition Act, Sati Act, Child Marriage Restraint Act etc., are legislations which are applicable only in India and are also SL enacted for the purpose. However, provisions of Indian Penal Code (IPC) like Section 498A Husband or relative of husband of a woman subjecting her to cruelty make offences punishable throughout the country. Some of these offences may not have a similar definition or parallels elsewhere in the world although similar acts may be punishable in general terms.

Then there are cases where some state governments have carried out State level amendments in the IPC to make certain provisions more stringent than the original ones in IPC. These are also usually applicable locally for offences committed within the territorial boundaries of that State e.g., Section 103 (Fifthly) added by Maharashtra and Uttar Pradesh (although provisions are a bit different in meaning). Similarly Haryana has incorporated Sections 379A and 379B for dealing with snatching and categorised these as aggravated offences.

LL could also be defined in applicability in certain regions only – Liquor Prohibition Laws in some states like Nagaland, Bihar, Gujarat, etc are only applicable there not elsewhere. Moreover, the definition of offences of what is permissible or prohibited may also vary from jurisdiction to jurisdiction, widely. The Nagaland Security Regulations (NSR) are only applicable for offences committed within the territory of Nagaland, unless the conspiracy angle is there in which case, conspirators outside Nagaland may also get into trouble. Similarly, the Punjab Excise Act is applicable in Punjab only – although Himachal and Haryana have also adopted it.

State specific amendments may also be incorporated in SL to either fill in the gaps or make more stringent provisions or incorporate additional things – e.g., in the Disaster Management Act, various states incorporated new regulations or notifications to make the use of masks etc., mandatory during COVID-19 pandemic. State level changes can also be made in other laws like Motor Vehicles Act e.g., quantum of minimum and maximum fines for various offences. Recently after GoI enhanced the MV Act penalties, some states intervened to reduce the penalties.

Special Laws are enacted by the legislatures – the Parliament/State legislatures to deal with special offences or circumstances and may have applicability throughout the country or in a particular state.

Sometimes, the Central legislations are also amended by the States to make the provisions either more strict or lenient as the case may be, usually stricter. State level amendments in SLs are done to avoid having to wait eternally for the Parliament to amend the laws every time there is a requirement – the States fill in the gaps at their own level.

These SLs are ‘special and complete codes’ by themselves at times, defining the offences and the procedures to deal with the offences/ offenders and even the safeguards for citizens. Usually, SLs are enacted to deal with special/specific categories of crimes/offences/ circumstances which are not defined or inadequately defined in the IPC.

Some SLs like Maharashtra Control Organised Crime Act 1999 (MCOCA) were enacted by specific states but have been adopted and adapted by other States as well.

3. Classification based on seriousness of the offences–

Some offences are minor while others are serious. Then there are offences which may not be serious when seen in isolation but may become extremely serious when either combined with other offences or when committed repeatedly. Therefore there can be circumstances which warrant an immediate and urgent intervention by the police or others where things can wait. This is besides the preventive role and detection role of police where police pro-actively reaches out in the society and tries to root-out crime and criminals.

The CrPC uses a specific term for offences which require immediate police intervention – Cognizable Offence:"cognizable offence"means an offence for which, and "cognizable case" means a case in which, a police officer may, in accordance with the First Schedule or under any other law for the time being in force, arrest without warrant;

This definition is a mere statement but to decide whether an offence is cognizable, the police officers reference to the First Schedule of the CrPC, which classifies the various offences listed/tabulated in the IPC as either cognizable or non-cognizable. In case of all other Local or SLs, the laws specifically make a mention of whether all or any of the offences would be cognizable or not. This classification in the local and SL can be for all offences in that particular legislation or for all offences separately, individually.

Thus,“Cognizable Offences are ones where a police officer may, ………….. arrest without warrant.”

A look at the list of cognizable offences in the CrPC/other statutes, usually, these are the more serious offences. The logic behind the classification of offences as cognizable (and hence where police can arrest without warrant) is that police needs to act immediately, either to prevent greater harm coming to the society or the victim or to prevent the accused/suspect from escaping and prejudicing the course of justice.These are cases where immediate restraint on the liberty of an individual is the more practical and viable option.

Clearly, in non-cognizable offences, a police officer has no authority to arrest without a warrant. These, by implication are matters where the police does not need to act immediately and, hypothetically, have adequate time to react - reach out to a magistrate and obtain a warrant of arrest before taking away the liberty/freedom of an individual.

This ‘cognizability’ aspect is related to the most talked about aspect of policing - the First Information Report (FIR).

When anycomplaintalleging commission of a cognizable offence is lodged before the O/C of a police station, he has to mandatorily register an FIR – it is a statutory compulsion/duty cast upon police.

The next classification of offences is based on whether the offences are bailable or not.

Law does not define bail but a ‘bailable offence’. The CrPC has a list of offences which are categorised as bailable or non-bailable. Similarly, Local and SLs also classify offences as bailable/non-bailable.

Bail refers to the temporary release of an accused person awaiting trial, with or without conditions to guarantee his/her appearance in court. Bail is the mechanism/system that governs the status of individuals charged with committing crimes, from the time of their arrest to the time of their trial, and   pending appeal, with the major purpose of ensuring their presence at trial.

An accused is innocent until proven guilty. However, accused or suspect may be arrested during or after the completion of investigation.This accused, hypothetically, should be held in the ‘custody’ of the court (jail or judicial custody) until his guilt/innocence is proved.However, the court has the option of releasing the person till a final determination on guilt is made. This option is called bail.

Bail, is a matter of separate detailed discourse.

Author can be contacted at: rupinsharma@gmail.com