IFP Editorial: The decision to construct a 15 km long road from Mao to Dzuko valley was recently taken at the second Cabinet meeting held at Senapati district headquarters. 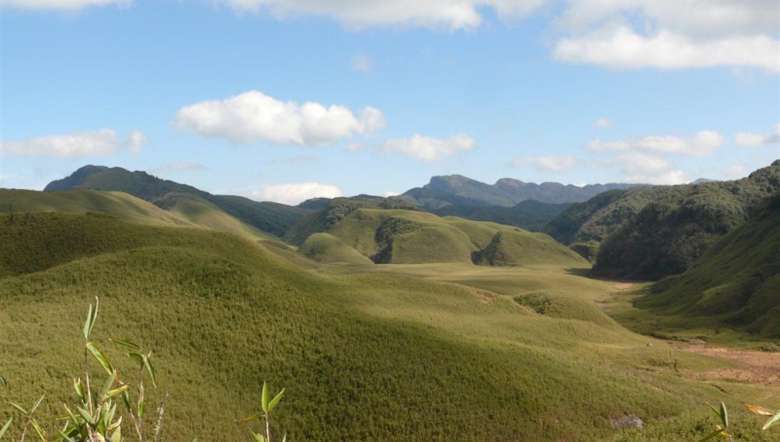 As promised, the N Biren Singh-led government has finished cutting the road to Dzuko valley and the construction of the police barracks at Dzuko outpost is nearing completion. The Mao MLA and PHED Minister Losi Dikho and the Senapati administration are to be lauded for this. All that is left is the work of making it an all-weather road. The historic Senapati decision would be remembered for all times. The decision to construct a 15 km long road from Mao to Dzuko valley was recently taken at the second Cabinet meeting held at Senapati district headquarters. Given the territorial dispute with neighbouring Nagaland state and constant harassment of Manipur trekkers on Nagaland side, a motorable road to Dzuko has been a demand of Manipur people. After the Cabinet meeting, Chief Minister N Biren Singh announced that Mao MLA and PHED Minister Losi Dikho has been entrusted with the job of directly overseeing the road construction to be completed within the timeframe of three-four months. Manipur and Nagaland state has a long-standing border dispute in three-four places, Dzuko being one. So, the Senapati decision has to be lauded.

Dzuko Valley sits high amongst the clouds at 2,452 meters above sea level, straddling the border with Nagaland state. The trek to Dzuko Valley can begin either at Mao and Mt. Isu in Senapati or Jakhama and Viswema villages in Nagaland. For a leisurely trek to Dzuko valley, one prefers the Nagaland route while for the more adventurous the Manipur route is preferred. Trekkers say, the Manipur route is more scenic. There’s also a much harder route from Willong in Manipur. A state border between Manipur and Nagaland runs through the heart of Dzuko Valley, marked at some points by a narrow stream. Whichever route one chooses to reach the valley, it will first involve a morning steep climb, followed by a gentle descent into the valley, and walking through both states once you’re actually in the valley. The star attraction is the rare pink Dzuko Lily, an endemic variety found only here, and whose inflorescence adds a dash of colour to the otherwise emerald green valley for two months beginning June. Post lily season, Dzuko’s less glamorous flowers begin to bloom, one after the other.

This time also, the Southern Angami Youth Organisation had tried to sabotage the road construction.

But, Chief Minister N Biren Singh personally intervened and talked with his Nagaland counterpart and settled the matter. In the recent North Eastern Council meet, the powerful Union Home Minister Amit Shah had urged NE states to settle their border disputes through bilateral dialogue. He has even given a timeline that all disputes should be resolved by August 15, 2022 so that the Prime Minister could proudly boast about it in his Independence Day speech. Not only in Dzuko, but there are long-standing border disputes between the two states in Tungjoy and Jessami. We are indeed glad that the Home Minister has come up with an ultimatum for settling border disputes among the states. We may try taking advantage of it. But still, without a referee bilateral talks between states regarding border disputes seldom bear fruit.

Dzuko Valley and our border