Tobacco items worth Rs 5 lakh seized and destroyed in Imphal 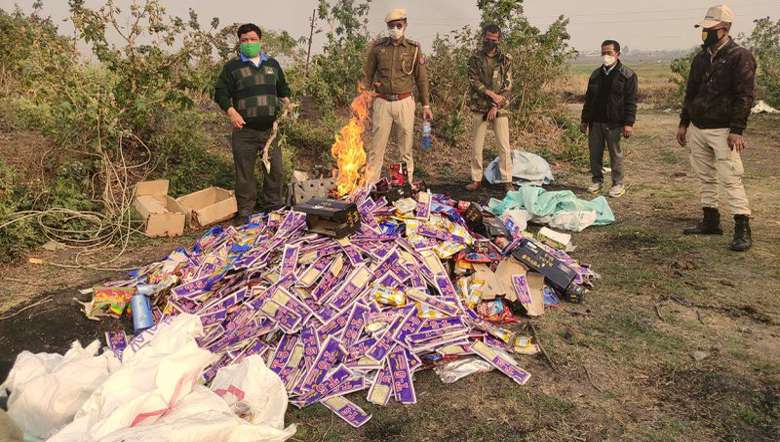 Tobacco products worth around Rs 5 Lakh were seized by a team of Imphal City Police and disposed of at Langol Dumping Site on Thursday.

The items seized were seized from Ngari Gali and Thangal Bazaar. It was disposed of in the presence of city police and staff of Food Safety Administration.

Speaking to the media on the sidelines of the event, designated officer, Food Safety Administration, Imphal West, directorate of Health Services Tekcham Brojendro Khaba Meitei said that chewing of tobacco is highly hazardous to health and it may cause many health consequences. The government of India had also issued an order to stop the use of tobacco products to prevent the spread of COVID-19.

Using tobacco amid such situations has been unfortunate, he said while adding the drives will continue.