Once a full time performer, 63-year-old Nameirakpam Jilatombi of Kwakeithel Haorokchambi in Imphal West has shifted focus to making traditional instruments of Manipur with the mission to preserve them for the future generations.

Once a full time performer, 63-year-old Nameirakpam Jilatombi of Kwakeithel Haorokchambi in Imphal West has shifted focus to making traditional instruments of Manipur with the mission to preserve them for the future generations.

There is no denying that traditional musical instruments are going out of sight and some of them have vanished.

Speaking exclusively to the Imphal Free Press, Jilatombi opined that change in traditional culture where the people are more adapted to the modern lifestyle and introduction of modern instruments like the guitar are the two biggest factors that pushed the traditional instruments to disappear.

After associating with theatre music under his brother Nameirakpam Tiken who is the director of Progressive Artistes Laboratory (PAL), Jilatombi said that he wanted to explore and produce the music by using different indigenous instruments of various communities inhabiting the state.

“In 1997, PAL organised a workshop where we learn how to play the traditional instruments like ‘Rosem’ used mainly by Chothe, Chiru, Kom, Koireng, Lamkang and Aimol and ‘Sirangdar’ used mainly by Lamkang, Aimol, Chiru and Koireng tribes,” he recounted. 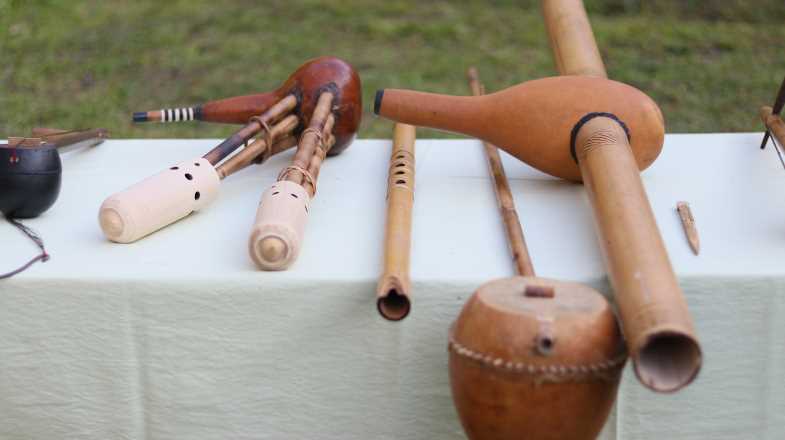 “I was already making instruments like Pena by that time and after learning to play the said instruments in the workshop, I was intrigued to know how to make them as well and subsequently learn it from the elders who attended the workshop,” he stated.

The traditional instrument maker further told the Imphal Free Press that making an instrument is not an easy task and one has to have the knowledge of music, sculpture and painting among others.

Jilatombi maintained that he wanted to continue further research but lack of financial support has been a major hurdle. He said he was fortunate when he was granted a fellowship in 2012-13 under the Ministry of Culture and was able to do the research and focus on making the instruments by meeting more elders of different communities.

During the research, he said, he discovered that some of the instruments have already vanished and even the elders whom he interviewed were not able to show him the instrument.

According to Jilatombi, there are around 60 traditional instruments used by different communities of Manipur. 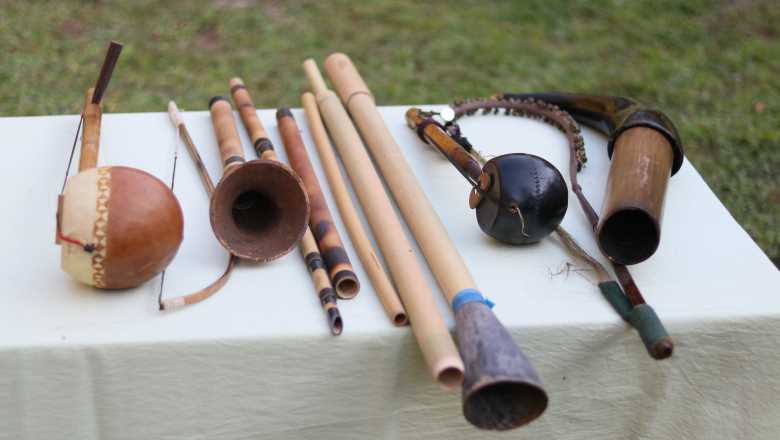 Today, Jilatombi is able to make each of the musical instruments he had researched numbering more than 50. Apart from that, he used his skills and innovations to invent his own style of musical instruments adapted to the needs of his customers and based on the traditional methods.

His Sanantara is made as a fiddle instrument by using the technology of Sirangdar of the Kabuis and Santara known to the Meeteis. The instrument was recognised by the state government in 2005 and he was awarded the ‘Outstanding Craftsperson Award’ in 2006 by the department of commerce and industries. His innovative instruments are being played by music groups like SamPaa, Rhythm of Manipur and artistes like Guru Rewben Mashangva and Mangka.

“I now believe in innovation and experimentation. By being scientific, I can now make the traditional instrument in any music scale I want,” he said, adding that he is also putting extra effort in this regard for musicians seeking new fusion type music.

Jilatombi maintained that it was very difficult to use the folk instruments together for a performance as they were made in different scales earlier. Now, we can even play up to 10 instruments together, added Jilatombi, who is continuing to arrange and play music for PAL from time to time.

He further expressed concern that without much utility, the raw materials used in making the traditional instruments are also slowly disappearing.

Citing the example of Rosem used by Chothe, Chiru, Kom, Koireng, Lankang and Aimol communities, he said that even the ‘Khongdrum Akhabi’ (a hard shell bitter gourd, ideally not for consumption though some can be eaten) used for making the Tumbaa (dried shell) for the instrument cannot be found now.

Jilatombi, who has dedicated almost half of his age, to researching, preserving and making the traditional instruments, strongly believes that the younger generations will trace the footprints of the forefathers one day and in doing so will come looking for the instruments as well. His worry is that the majority of the marginal number of elders who acquire the knowledge of traditional instruments have already passed away and many of them are in their 80s and 90s.

Being brought up in a family that loves music, his mother being late ‘Khongjom Parva’ singer Padmashri Nameirakpam ongbi Ibemni, Jilatombi despite all the burdens of family responsibilities and lack of support from the government, has some activities in the pipeline.

“I want to properly document and write a book on the notations of folk music, the technology of how to make the instruments and how to play the instruments. I feel this is necessary for the future generations but without assistance from the government for further research, I feel helpless,” he stated.

He maintained that financial assistance from the government in the form of loans will not be of much help. “I will be busy trying to repay the loans and may force me to make only the instruments with high demand. That will not help in preserving all the traditional instruments of the different communities,” he pointed out.

Jilatombi also lamented that even the production grant (individual) under the Ministry of Culture had been removed last year. I had applied for it but there has been no response for the other applicants as well, he added.

Recently, frontman of Manipuri folk rock band Imphal Talkies, Akhu Chingangbam and his team organised an exhibition of the instruments made by Jilatombi at The Foothill - A Community Art Space at Khonghampat.

Akhu, during the programme, had said that they are planning to curate a museum of the folk instruments at the said space.

Interestingly, the state government had extended a cash award of Rs 10 lakh for a singer in 2018 in appreciation of her performance in a TV Show.

However, people like Jilatombi who has dedicated most of his life in preserving and promoting the traditional instruments are yet to reap the benefits of their efforts.

Will Jilatombi be able to accomplish his mission of preserving the traditional instruments by passing on his knowledge and skills to the future generations is yet to be ascertained though the instrument maker strongly holds on to hope.