As for the actual land area of Dzuko Valley, one-third of the valley belongs to Nagaland while two-third of it belongs to Manipur, Bijoy claimed. 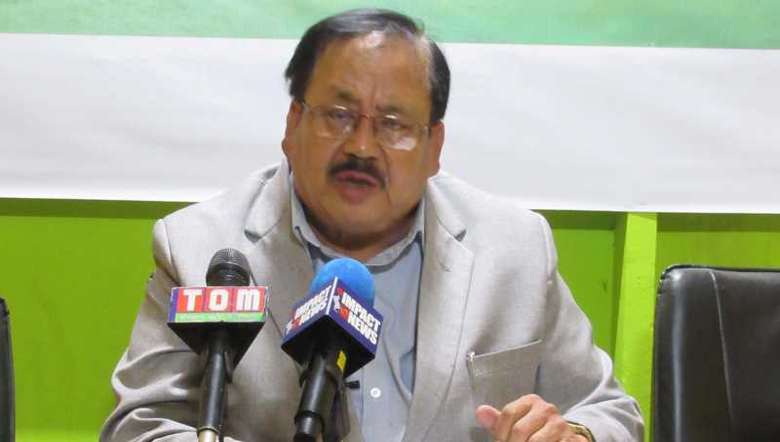 The Manipur state government needs to conduct a counter measurement at the disputed site in Dzuko Valley and depute an administrative officer not below the ranks of SDO or under secretary to monitor the border areas of Manipur, Bharatiya Janata Party spokesperson Ch Bijoy said Wednesday.

The BJP spokesperson was speaking at a press conference held at the state BJP office located at Nityaipat Chuthek, Imphal. Bijoy alleged that some communities of Nagaland with support from Nagaland government are encouraged to encroach upon the border area. As for the actual land area of Dzuko Valley, one third of the valley belongs to Nagaland while two-third of the valley belongs to Manipur, he claimed.

The border issue concerning Dzuko Valley began in 1985 and became intensified during 1997, he said. There were other border issues at Golaghat in Assam where Nagaland allegedly tried to encroach upon Assam, said Bijoy.

To boost economy for Nagaland state, its government allowed tourists to enter easily into Dzuko valley from Nagaland side, he said. On the other hand, if tourists attempt to enter the valley from Mao, they will be detained by Nagaland state police with various charges, Bijoy alleged.

“The main agenda of the Nagaland state government is to collect revenue from tourists who come to visit Dzuko valley and to collect produce from forest. This is one reason behind the border dispute,” he said.

The dispute could be solved by bringing an amicable solution within Manipur and Nagaland government. Manipur state government is ready to bring a solution through documents of land boundaries as well, said BJP spokesperson.

It can be said that the border dispute on Dzuko valley has already been solved during the recent wildfire outbreak in the valley, he claimed. The fire broke out from Nagaland, and its government tried to extinguish the wild fire only at one third of the valley while attempts to extinguish fire on the remaining two thirds were initiated by the Manipur government, he said.

For the convenience of trackers and tourists who enter the valley from Manipur, the state government has started constructing a road having the length 13 kilometre, but black topping is yet to be done, he said. Bijoy further said a permanent police outpost will be created near Dzuko valley as preventive measures to avoid land encroachment.

Bijoy further recalled that the former MLA of Nagaland, Husal Tom who died during 1970’s was buried at the border of Nagaland and Manipur. But due to land encroachment by Nagaland, the tomb of Husal Tom is now located far off from the border, Bijoy alleged.