For the love of Disturbed Area tag

IFP Editorial: The decision to withdraw the act from all Imphal municipal areas under the jurisdiction of seven assembly constituencies was taken in view of the people`s demand for lifting it from the entire state, while the Act remains in force in the other districts of Manipur. 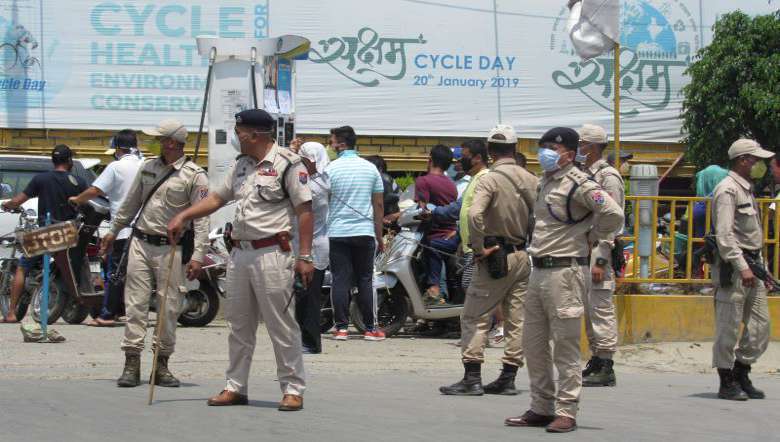 Only a few days ago, the state Human Rights Commission gave notice to the state government why it should not recommend lifting of the Disturbed Areas Act from the state, days after the Act was given extension for a year by a decision of the state cabinet. After a prolonged movement in 2004 for repeal of the controversial Armed Forces Special Powers Act (AFSPA) in the wake of the brutal rape and murder of Manorama Devi, the Okram Ibobi Singh-led Congress government had withdrawn it from seven assembly constituencies of Greater Imphal despite objections from the Centre.

The decision to withdraw the Act from all Imphal municipal areas under the jurisdiction of seven assembly constituencies was taken in view of the people`s demand for lifting it from the entire state, while the Act remains in force in the other districts of the state. And extending it every year without seriously deliberating on the law and order situation has become a ritual for the state government. Even while asserting that the state law and order has improved at every occasion, when the time of extension comes the state is always reluctant to act accordingly.

On Tuesday, Army Chief General MM Naravane said that the Army is planning to gradually reduce the number of troops deployed for internal security duties in the Northeast, but is not contemplating moving soldiers out of Jammu and Kashmir because of the prevailing terror situation in the Union Territory. Addressing the media ahead of Army Day on January 15, General Naravane said that while terror continues unabated in J-K, the security situation in the Northeast has improved manifold. As a result, the Army has already pulled out one of its brigades from the region and now plans to move out another one or two in the near future. With this, the Army will be able to concentrate on its primary duty of conventional war fighting.

The General said, as far as internal security duties are concerned, terror continues unabated in J-K, though the situation in the hinterland has improved somewhat. We have not yet reached a level where we can contemplate moving troops out of the UT of J-K. He added that the security situation in the Northeast has improved.

Now, concerns remain only in three districts of Arunachal Pradesh. In Nagaland, the Army Chief said he hopes the National Socialist Council of Nagaland-SS Khaplang (NSCN-K), which is not a part of the ceasefire agreement, will rejoin the ceasefire process with the surrender of its top leadership, making the state violence-free again. He added that there is no violence in Mizoram, only one or two groups are involved in Manipur, and most of Assam is quiet. This is not the first time that the Army Chief has spoken about withdrawing troops from the Northeast.

In January 2019, while interacting with a small group of journalists, he said the region was going through a transitional phase and the Army had drawn up a plan to increasingly withdraw troops deployed there for counter-insurgency and counter-terrorism operations. He had then said two battalions of troops, or around 2,000 soldiers, have been withdrawn from the Northeast and the same could be replicated in Kashmir in the future given that the long-term focus of the Army remains conventional war-fighting, as against the short-term and immediate goals of being involved in counter-insurgency and counter-terrorism operations.

General Naravane said the overall situation in the Northeast has improved by leaps and bounds for the last one or two years, both due to the efforts of the security forces (the Army, the Assam Rifles and the state police forces) as well as various initiatives taken by the government.

As always, the defence lobby has been at the forefront of opposing the withdrawal of AFSPA from areas where it is in force and states have always been reluctant to go against the lobby. But now, the Army Chief is openly admitting that law and order situation has greatly improved in states, including Manipur. The general public knows and feels it too. Why then, it is still reluctant to withdraw the Disturbed Areas Act and AFSPA from the state. Nobody wants the Disturbed Area tag now, in a bid to attract investment from outside. Yet, Manipur dithers.

Disturbed Area status extended in Manipur for one more year