The ministry of information and publicity, GPRN stated that the Naga solution included its own Naga flag and constitution as demanded by the NSCN-IM. 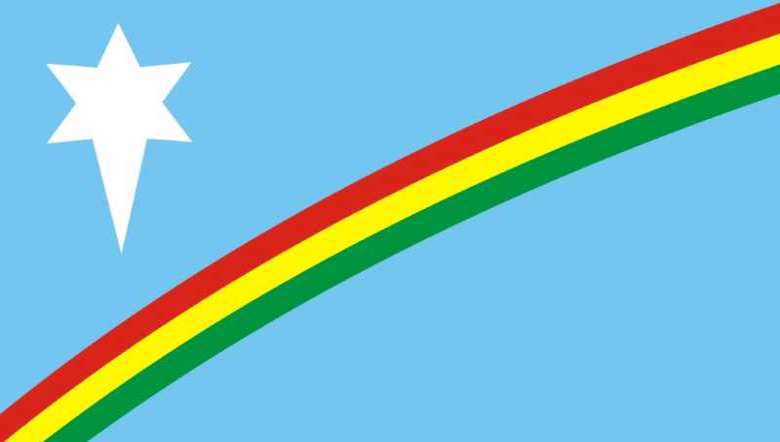 The ministry of information and publicity, GPRN has stated in a release that the Naga solution included its own Naga flag and constitution as demanded by the NSCN-IM and the long waited Indo-Naga political problem will only be solved when both the parties (government and NSCN-IM) focus on long term solution that will give no room for future war but bring a genuine and lasting peace in the land.

The release stated that from day one when the Indo-Naga political talks took off after the 1997 Indo-Naga ceasefire, Ato Kilonser Th Muivah, who is the chief negotiator, left no stone unturned to assert the Naga political identity as a nation. In the following years as the talk progressed he proved his point on enumerable occasions to clinch his argument to project the Naga peoples’ stand from the historical and political perspective. He made things very clear before the Indian representatives that small and weak they may be, the Nagas are also a unique nation among nations. It took five years for the Central government to officially give recognition to the unique history of the Naga people on July 11, 2002.

“If we go through the world history of various nations we know that all nation-states are built on the foundation of their respective unique histories. But there are some nations who have sold out their history to the given dominant power by consent. In the case of Nagas, they have been free from time immemorial. Of course, there was internecine fighting between the sovereign Naga village states and their neighbouring peoples and nations. In the meantime, the British imperialist forces intruded into Naga country and occupied some parts of Naga territory. The rest of the Naga territories remain as free as ever,” the release said.

“On the eve of the lapse of British power, the Nagas declared their independence on August 14, 1947, one day ahead of India’s declaration of independence. Four years later the Indian Constituent Assembly invited the Nagas to join the Union of India, but it was rejected. Thereafter, the Indian Congress government headed by the then Prime Minister Jawaharlal Nehru sent hundreds of thousands of Indian Armed Forces personnel to the Naga country to subdue the Nagas by military might where over three hundreds thousands Nagas were killed or some butchered, some burnt alive, some raped to death and some were tortured to death. They destroyed villages including schools, colleges, churches, granaries and financial resources. It was the most appalling human rights violation not seen elsewhere in the world,” it added.

It also stated that “the Central government created the so-called Nagaland state within the parameters of Indian Constitution, embracing a few Nagas and a small part of Naga territory with a view to divide the Nagas and subdue the Nagas. Naga people, however, exercised their political consciousness to stand the ground and the creation of Nagaland state was condemned and rejected by the Naga National Assembly. The situation, however, developed from bad to worse. As compelled by the situation, a ceasefire agreement was signed on September 6, 1964 before the ink of the so-called 16-Point Agreement was dried. However, this hard earned ceasefire broke after the talk ended abruptly after six rounds of talks on account of the rigid stand taken by Indian government to adhere to their colonial design. The armed confrontations started all over again as Naga people refused to be cowed down despite being driven to dangerous brinkmanship.”

A decade later, the so-called infamous Shillong Accord under the Indian constitution was imposed and the fight broke out within no time. This was not surprising because the accord was not issue-based. A few months later the Shillong Accord was condemned by the Naga National Assembly, it added.

After 22 years of bloody confrontations, a Ceasefire agreement between the Government of India (GoI) and NSCN (National Socialist Council of Nagaland) was signed and declared on August 1, 1997 to begin political talk at the Prime Minister level. In the negotiations that went through six prime ministers of India, the stand of the Centre was a solution within the parameters of Indian constitution and Union of India, whereas the stand of the Nagas was nothing short of total independence and total sovereignty. Nevertheless, it was mutually agreed to work out a meeting point. Finally, the turning point came when the historic Framework Agreement was officially signed on August 3, 2015 under the watchful eyes of the whole world, the release said.

With regards to the contentious issue of Naga flag and Yehzabo (constitution), it was unbecomingly unfortunate that some leaders from the Indian side are making issues out of it. Indeed, flag and constitution are the inherent characteristics of the recognised sovereignty and identity of the Nagas. It is needless to say that NSCN-IM will stick to Framework Agreement and mutually agreed competencies including Naga national flag and constitution, the release added.

‘Naga national flag and constitution must form part of solution’