News anchors giving judgement during discussion hours is an act of deviating from journalism ethics. 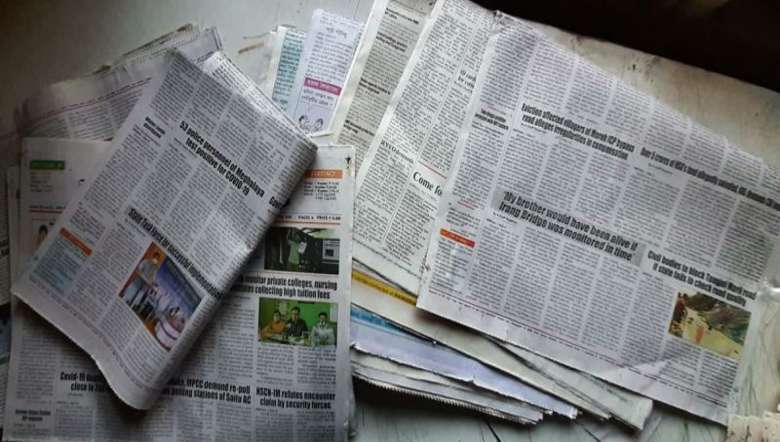 Arrest of Arnab Goswami and recent controversial TRP scam related to Republic TV has again started questioning the credibility of the fourth pillar of our democracy and remind us the importance of newspapers as reliable source of media in our day to day life. Although the arrest of Arnab Goswami is related to suicide abetment case, he has several FIRs against him related to journalism and his supporters term the arrest as vindictive for speaking against the Maharastra government. He is also allegedly known for supporting the present ruling party at the centre. Questioning his credibility means doubting his journalism. As people want to get correct information which is happening around the world, analysis of the form of media is also essential.

We are living in a competitive world and everybody wants to be a winner by hook or cook. People tend to use unethical methods to win the race and try to cover up the lies confidently. Numerous forms of media and news organizations came up with the advent of science and technology. To thrive in the market of news some news organizations have started tampering and degrading the contents smartly and intelligently to achieve their mischievous motives such as TRP, pleasing their masters, supporting or denouncing an issue etc. Least affected among them is the newspaper due to various reasons and limitations.

Television: Political affiliation is one of the root causes of degrading television news. The instant and visual news provided by television put the audience emotionally at the site of the event. So the politicians took this advantage and  ate up large chunks of television time which in turn degraded the news content. Most of the news in television are discussed instantly which brings confusion to the mind of common people. A genuine issue or news is diverted from the mind of the people when a speaker who is against the issue gives his opinion and the opinion forms an instant combine news with the original news. Some television news channels and anchors crossed their limit and worked in such a manner that they are doing all the jobs of reporters, investigation agencies and judges. News anchors giving judgement during discussion hours is an act of deviating from journalism ethics. Trial by media is contempt of court if the case is pending in court but they describe it as ‘investigative journalism’. During any high-publicity court cases, the news discussion provokes an atmosphere of public hysteria that makes a fair trial nearly impossible to achieve. News hour discussions of some news channels are creating more noise than the news. For example, when you watch the news hour discussion of Republic TV at 9 pm you will sometimes notice that all the speakers are shouting against each other at a time including the anchor. Television news channels have to cover many news at a certain air time and they shorten the specific  news which sometimes change the exact meaning of the news.

Social Media:  The fastest and most dangerous form of News is from the user of social media such as Facebook, WhatsApp, Twitter, Instagram etc. Nowadays every individual has mobile handsets with internet connectivity to access the social media applications. An event or incident reaches instantly to the public through social media applications but different users change the meaning of the news easily by doctoring the image or video of the incident. Re posts or re tweets by inserting some comments can lead to misinformation. Social media news and rumors which don't have any authenticity disturbs the peaceful environment of our society. Uncensored news on social media leads to cyberbullying and communal rifts. Some people have started using the "WhatsApp Knowledge" in discussion or debate by giving less importance to bookish knowledge which in turn leads to degrading the quality of knowledge of the people. It is impossible to fit a profound explanation of a complex topic or news in 280 characters on Twitter. Many pages and groups for news have cropped up in Facebook and WhatsApp, they upload Newspaper and Television contents according to their wish and started a war of words and hate speech in the comment section which creates an emotional disturbance to the users.

Newspaper:  Newspaper which is among the oldest forms of media are the eyes and ears of people till today. Newspapers have been a source of information, entertainment, discussion and the cheapest means of press material. It has something of it’s own which cannot be compared to any other form of Media. You won't see instant coverage of anything, in fact you'll have to wait until the next morning to read it but you will be able to sit in your favorite spot, with your favorite brand of coffee/tea, and read the news in peace. Stories are more in-depth and limitation of characters on social media posts and limitation of air time on television news doesn't happen in newspapers. It only reports the incident without mixing the opinionated news.  Emotional outrage by looking at the visual content of an incident doesn't happen in newspapers and getting the news of an incident a bit late has its own advantage in controlling law and order by the government. Students should particularly give more importance in newspapers as a source of news. Unlike social media which is filled with many harmful contents, reading newspapers increases vocabulary, language skills and general knowledge of a student. Some social media applications like Facebook and WhatsApp have been banned for defence personnel. Smartphones are also restricted in defence establishments and other tight security zones but you can easily carry newspapers in security restricted areas to get information conveniently. Publication authorities don't publish misinformation but it happens frequently Social media.

Unfortunately usage of newspapers and subscribers are declining due to the advancement of internet and instant news but to inform yourself thoroughly after a few hours will make you more knowledgeable. Newspaper losses the quantum of revenues from advertising. In fact advertisers and companies should give more importance to newspapers because advertisement on television is only for a few seconds and possibility of missing the scene by the customer is higher and maximum viewers change the channel during the time of advertisement. Viewers oftenly used the duration of advertisement to do their personal chores. Customers can refer to the advertisement on newspapers anytime and it compulsorily catches the eye of the customer till the newspaper is in his hand, house or office. Parents encouraging their children to read newspapers will be more beneficial than giving them mobiles and allowing them to waste their time on television. Excessive use of mobile phones and television also brings hazardous health related problems to the students. Last but not the least, despite the pressure from media critics and bullying by the government, legacy news media is today touted as the last bastion of truth and hence a greater need for journalistic accountability in a post-factual age.