Could groundwater be a sustainable alternative for water needs in Manipur?

As Manipur faces acute water scarcity every year, experts suggest utilization of groundwater to meet the water requirement of the people in the state. 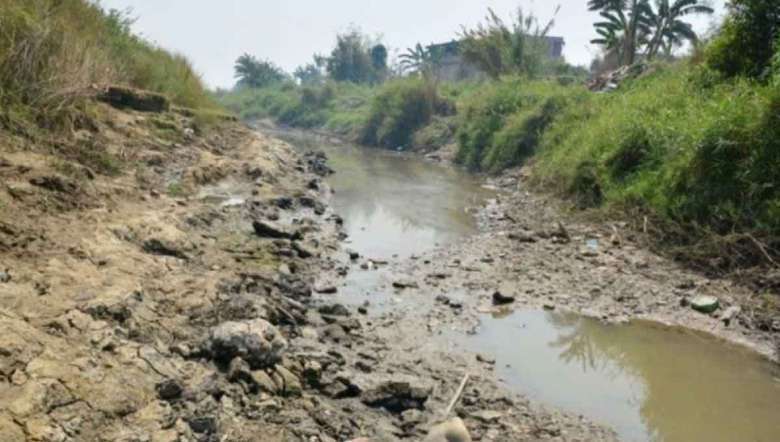 Manipur, the land of ponds and lakes, today is facing acute water scarcity as the demand for water is increasing with the rapid increase in population. The state falls under high intensity rainfall areas. However, it faces acute water scarcity, particularly during the dry season, every year. In view of the situation, experts suggest the utilization of groundwater to meet the water requirement in the state.

Every year, the state faces acute drought-like situations during the period February-May owing to depletion of main water sources. All the riverine systems of the state originate from the hills. Their flow depends on the annual monsoon. Apart from it, deforestation in hill areas of the state causes heavy siltation which disturbs the water flow of the rivers. The problem is aggravated by the climate variability. As a result, the state has been witnessing erratic monsoon for the past few years which is affecting the water supply every year. All the water bodies like ponds, lakes and moats in the valley are fast drying up, which is affecting regular water supply in both the urban and rural sectors.

As surface water resources are depleting, could groundwater be a sustainable alternative water resource to address the problem of water scarcity in Manipur?

Speaking exclusively to the Imphal Free Press, Manipur University, department of Earth and Science, Professor S Manichandra said that in Manipur, availability of groundwater varies from place to place. Within the valley too, the components containing the amount of groundwater in the aquifer varies, he added.

Manichandra, however, said that studies are being carried out on the availability and quality of groundwater both in the valley and hill areas of the state. Till date, groundwater of the state is not used to a large extent, so there is no report of over-exploitation of groundwater resources yet.

According to a study conducted on groundwater availability in Imphal West and Imphal East areas of Potsangbam, Sekmai, Leikinthabi, Sangaiprou, Pangei, the water quality is measured by its chemical, physical, microbiological and radiological properties with respect to its proposed use. The chemical quality of groundwater in Imphal East district showed high concentration of iron (Fe). The concentration of iron ranges from 0.66 to 16.52 mg/l in the area. Majority of the iron concentration in the ground water of the district is found to be greater than 1.2 mg/l, which is greater than the prescribed limits of BIS and WHO, he said.

The groundwater survey shows Imphal East district with moderate potential where groundwater occurs under water table to confined conditions. Depth of water level in major parts of the district varies from 2 to 5 m bgl (below ground level). More studies are required to find out the location of groundwater availability to assess the quality. The quality of groundwater varies from hill areas and valley areas and varies within the valley too, he said.

Till today, Leikinthabi village in Imphal East district does not use pipe water. The villagers there use groundwater for drinking and cooking. There are also many other rural areas where groundwater is used as potable water. During a visit to the village, villagers of Leikinthabi told the Imphal Free Press that using groundwater is a part of their age-old tradition and way of life.

With the onslaught of modernisation, wells have been replaced with hand-pumps and the pump water is used for drinking as well as domestic purposes. Although some households depend on tap water supply, some still use well water. But the majority of households use tube wells and hand pumps.

However, a woman in the village, Longjam Amubi, who was fetching water from tap water in the Potsangbam area, said, “We do not use hand pump water as iron content is high in underground water and has strong stench. Hand pump water is used mostly for agriculture and irrigation purposes.

Manichandra says that groundwater in the state is mostly exploited through open wells.

A report by the Central Ground Water Board (CGWB) states that groundwater in the deeper aquifers occurs under sub-artesian and artesian conditions. Granular zones are encountered at a depth of about 150 m in Imphal valley and at about 220 m in Jiribam valley. Tube wells have been installed at various places of the valley areas with the yields ranging from 0.6 to 4 cu.m/hr. On the basis of the monitoring of water level in dug wells network stations in the area, an annual recharge of 44 M.cu.m has been estimated. Considering the clayey nature of formation in the top aquifer, development of this resource is not considered promising on a large scale, not even for irrigation purposes.

The CGWB report also states that hydrological study reveals that Manipur valley is underlined by a thin veneer of alluvial deposits, which is largely clayey in nature, underlined by rocks of Tertiary age. Groundwater occurs under unconfined and confined conditions. Since the upper formations are mainly silty and clayey, open wells have poor yield prospects. However the deeper zone, consisting of sand stones of Tertiary age, forms good aquifers which are under confined conditions, Auto flow conditions are observed in Imphal where the yield of the tube wells vary from 0.5 to 4 m3/hr. Though the water bearing formations are not expensive. The quality of groundwater is generally good, the study states.

Manipur geophysicist (PHED) Keisham Rajen said that groundwater facilities are being provided at areas where there is no water supply system. Some areas in the valley have been identified for groundwater facility after studying its potentiality. In the hill, the availability of groundwater is limited, he said.

Rajen said that some areas in the hill and valley have the potential of generating groundwater through the year. He mentioned that if spring rejuvenation is high and well maintained in the hills then groundwater in the hill areas will not be limited.

There is groundwater law in India, but it is not implemented in Manipur, Rajen pointed out. If it is implemented, then the study on variation and permissible level or impact of climate change on groundwater would be possible.

When asked about the arsenic content in the state, Rajen said PHED had tested the quality of groundwater available in Heigang, Mantripukhri and Kakching areas that are said to contain high arsenic. In these areas, the arsenic contamination is a little high from the permissible level. CGWB rules of using groundwater is followed in Manipur, he added.

“In short I can say that groundwater in the state could be used to provide water at least in some areas, to meet the demand of the people,” the geophysicist said.

While authorities concerned need to make serious efforts towards finding a sustainable solution to the problem of water scarcity in Manipur, several hydrological studies on groundwater availability and quality across the state suggest its potentiality to meet the present water demand of the population in the state.