According to the National Center for Seismology, the earthquake occurred at 3:56 pm. The epicenter of the quake was said to be in Champhai district. 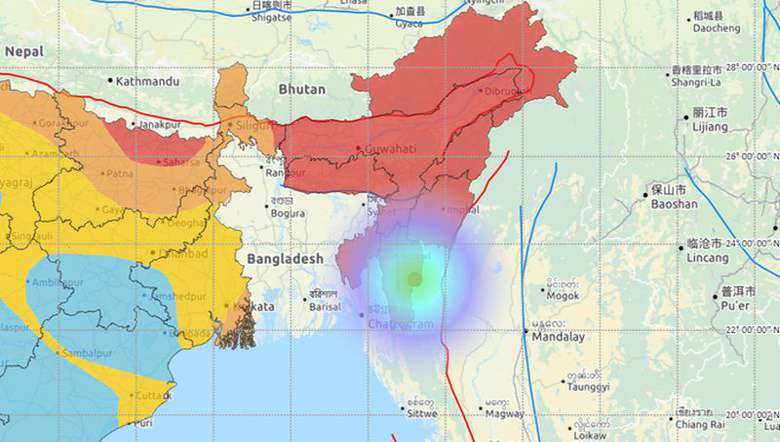 An earthquake measuring 4.2 on the Richter scale jolted Mizoram on Friday. This is the ninth earthquake in Mizoram in a month.

According to the National Center for Seismology, the earthquake occurred at 3:56 pm. The epicenter of the quake was said to be in Champhai district.

“No casualty and damage were reported till Friday evening,” the deputy commissioner of Champhai district said.

Last week, the Mizoram Government had sought the help of the Central government as earthquakes continue to occur in the state. The Zoramthanga government had requested the Centre to send seismologists to the state to have a thorough study.

It can be mentioned that the first earthquake occurred last month on June 18. Two other earthquakes occurred between June 19 and June 22 with the magnitudes ranging between 4.6 and 5.3 on the Richter scale leaving certain damages to properties in various areas. However, there was no report of loss of human lives due to those calamities.

Mizoram Chief Minister Zoramthanga, in his letter last week to Union Minister of Mines, Prahlad Joshi, had mentioned the number of earthquakes and their magnitude which occurred in the state. The letter also mentioned the damages of structures including houses by the earthquakes. The state government also sought other necessary assistance from the Centre.

“In this connection, it is my request to you to kindly extend assistance to this State and that seismologists or geo-physicists from Geological Survey of India may kindly be sent to Mizoram to study and assess the ground situation at the earliest,” the letter of the Mizoram chief minister to the Union minister said.